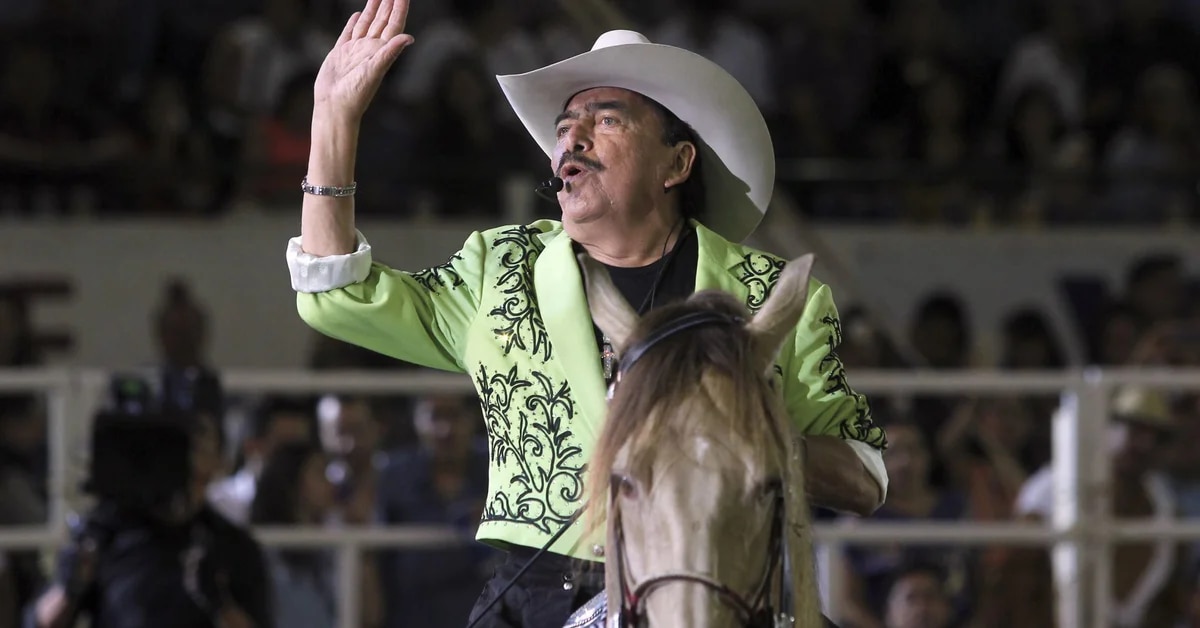 Although Joan Sebastian passed away six years ago, myth around him continue, while others have been confirmed. This time, Federico Figueroa, the singer’s brother, assured that the King of Jaripeo he got to have many women surrounding him, offering, even, money in order to maintain relations with him.

Federico Figueroa recalled some of the controversies that his brother left behind when he died, such as his will, his ties with the narco and the dozens of couples he had throughout his life.

Although Most of the women with whom he had official romances that the interpreter of That and more they accused him of being unfaithfulFederico defended him giving arguments about his brother’s chivalry.

According to the businessman, the People’s Poet Perhaps he cheated on his partners, but they themselves would have done something similar to him, hiding important things about his past from him.

Among the things that Federico revealed, he assured that his brother could not have died intestate, because shortly before his death he assured him that everything was in order (Photo: Cuartoscuro)

“They say that my brother cheated on many women, there are many women who cheated on him, my brother, and maybe when I touch on the subject of cheating I don’t talk about physical or sexual issues or infidelities, to Manuel certain women they hid things from the past (…) that they had not told him, he fell out of love and it all ended. He did not like that things were hidden from him, “he said.

He added that the times he was unfaithful, he paid for it, as was the case with Maribel guard. “Of course it hurt the separation. She has a son with her who adored him and, apart, he loved her so much, he fell in love with her so much”, He uncovered.

However, he defended that Joan’s partners cannot complain about how chivalrous he was, because despite having cheated on them, he always tried to fill them with the best deals.

According to Figueroa, the singer’s break with Maribel hurt him a lot and he always wanted to return with her (Photo: Cuartoscuro)

That is why he came to the topic of those women who ever wanted to establish a relationship with him King of Jaripeo and they never made it because he didn’t like the way they proposed.

According to Federico, the singer really liked being the one who conquered his partners, so he never wanted them to even reach out to give him money as long as they had sex with him. He assured that he himself witnessed these proposals by young people and also by elderly women.

And it is that when declaring a “in love”, the interpreter of Tattoos He was not willing to allow a woman to conquer him, but he had to be the one who did everything possible to make them fall before his charms.

All the couples that the singer-songwriter had, he would have conquered, because he did not like it to be the opposite (Photo: Cuartoscuro)

“He He never took any woman for money no matter how beautiful it is. He liked to conquer them, that was important to him (…) The most beautiful woman in the world could arrive, the best in the world, physically speaking, but if it was offered to him, he did not like”, He assured.

And it is that among the conquests of Joan Sebastian was not only Maribel Guardia and Arleth Terán, with whom he was unfaithful to the Costa Rican, but also his first wife, Teresa Figueroa, apart from Erica Alonso and Alina Espino. In addition, among his impossible loves were Salma Hayek, Chiquis Rivera placeholder image, Kate del Castillo Y Lucero, who also became his muses and was inspired by them to make some of his songs.

Joan Sebastian: they offered him money in exchange for being intimate with him