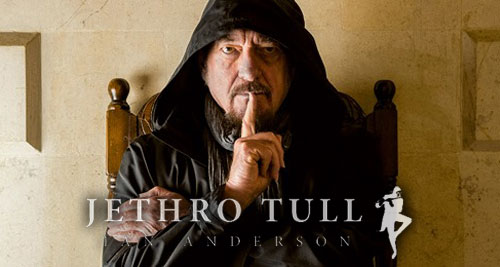 JETHRO TULL They will visit us next March. This is the statement from the organizers:

“The show orchestrated from start to finish by Ian Anderson, genius at the helm of one of the longest-lived, iconic and influential bands in the history of Rock, transcends to place itself in the Olympus of the great musical creators and composers with this work of art total, the new tour of JETHRO TULL, with which the English try to review the best of a career that is living rock history.

Since the emblematic “Aqualung” (1971) or “Thick As A Brick” (1972), Anderson’s genius is felt throughout great titles such as “Heavy Horses” (1978) or “Roots to Branches” ( 1995) with a unique style that moves easily between the best of blues, jazz, English folk, hard rock and even early music from the baroque period.

Next year don’t miss the opportunity to come and enjoy an unbeatable show on March 16 at the Circo Price in Madrid and on March 18 at the El Batel auditorium in Cartagena. Essential!

These are the dates:

The new album of JETHRO TULL “The Zealot Gene” will be out on January 28 via InsideOutMusic / Sony Music.

All the details in this News and his latest video in is.

The latest news from JETHRO TULL in this block.

Recent news from Ian Anderson in this News.

The concerts of MAD MAX have been canceled for obvious reasons. This is the statement from the organizers:

“We have to announce with all our sadness, that the 40th anniversary tour of the Germans MAD MAX is going to be canceled.

The health situation in our country and in Germany has worsened and the band has asked us to find dates later. When the situation is clarified, we will look for a better date to see MAD MAX again. ”

MAD MAX have signed with ROAR Rock of Angels Records and will celebrate next year the forty years of the group with a new album among other things.

More details in this News and another advance in is.

AZRAEL They will play on April 1 in Madrid accompanied by TOIFELTHAL and BEGGARS BLADE.

AZRAEL they have premiered various singles as a preview of your next job.

The controversy between the group and its ex- battery Manuel Arquellada Ruíz Maolo in this News.