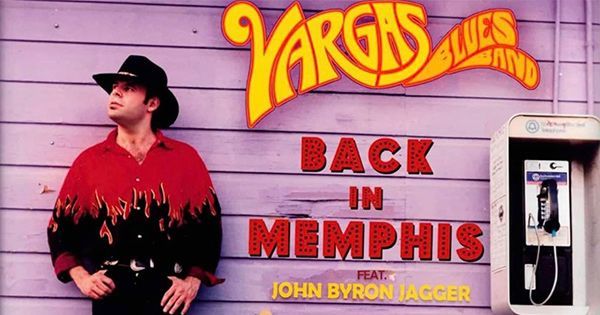 Tell Javier Vargas placeholder image that is to say Spanish blues, it is to mention a true legend. Therefore, we can only rejoice at the news that comes out today from Madrid, birthplace of the genius of the six strings. Thus, as he has shared, the mythical Vargas Blues Band He is going to release a new album and embark on a concert tour this month.

The name of the new album is ‘Back in Memphis’, and will go on sale next November 18th on all digital streaming platforms. The album will include eleven new songs, and will be featured that day alongside a documentary film of two hours on the career of Javier Vargas that is freely available on the platform Scenicus between November 18 and 20 for “Celebrate the release of the new album and its 30 years on the road”, has reported the combo.

In addition, the band will play with the nephew of the great Mick Jagger, John Byron Jagger, during a few more concerts on his tour. Of course, the Vargas Blues Band has already had the opportunity to play with him in some concerts such as that of Madrid last October 31.

Thus, the dates of his tour are as follows:

‘Back in Memphis’ is produced by Javier Vargas himself and has been recorded and mixed by Niko Lyras at Cotton Row Studios in Memphis (Tennessee). In addition, it has the special collaboration of Double Trouble, the one that was band of Stevie Ray Vaughan, and includes musicians from the Blues Brother, Johnny Lang, Joe Walsh and Booker T. Jones.

Javier Vargas sets date to “Back in Memphis”, his new album, and announces concert dates – MariskalRock.com