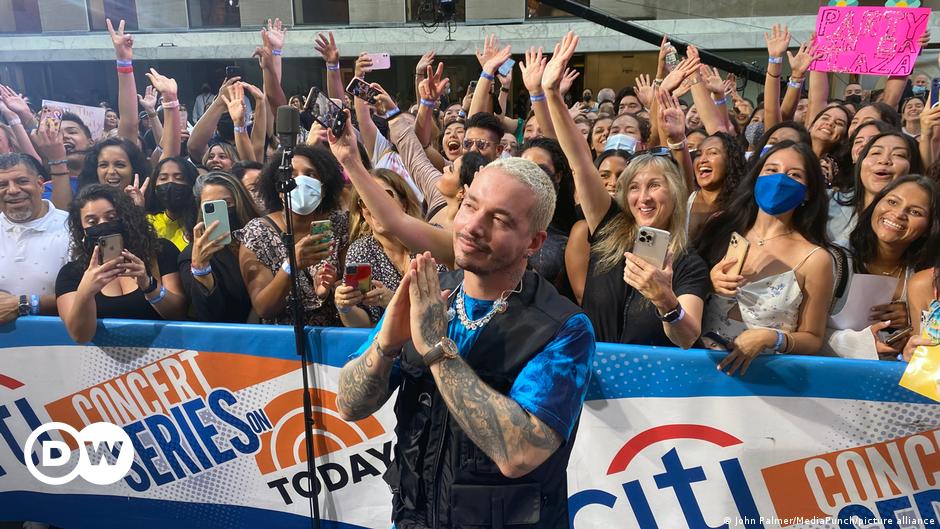 The Colombian reggaeton artist J Balvin apparently could not foresee that a video where two black women appear tied to the sound of high-flying lyrics such as “Hey, you’re a bitch in heat (aha) / And you’re looking for a dog to ‘stay hit'” But in the face of this unexpected turn of fate, the inspired artist decided to apologize, especially after his work, included in his recent album “JOSE”, was harshly criticized on social media.

Through his Instagram account, J Balvin, whose identity document says José Álvaro Osorio Balvín, apologized to “women and the black community,” and also apologized to his mother, Mrs. Balvín. In recriminations for a video that could be interpreted as denigrating for women, the 36-year-old singer decided to “face up”, as they say in certain environments, to face problems.

“In response, and obviously respect, I downloaded the video (from YouTube) 8 days ago. Seeing that they continued with the criticism, I’m here (…) giving face,” he explained. “I want to offer a thousand apologies to all the people who were offended, especially women and the black community,” added the artist.

At the beginning of the video clip, the reggaeton player says he is leaving for an “underworld” and later appears as the only light-skinned mestizo dancing among dozens of black people in a poor neighborhood. “I am a street bitch with the popola (vagina) of race,” replies Tokischa, a black rapper born in the Dominican Republic who co-stars in the video clip.

The vice president of Colombia, Marta Lucía Ramírez, accused the musician of promoting “sexist” and “racist” messages. “The lyrics of the song have direct and open sexist, racist, macho and misogynistic expressions that violate the rights of women, comparing them to an animal that must be dominated and mistreated, with expressions that are not worth repeating,” said the authority . Even J Balvin’s mother, Alba Mery, scolded her son and said that in that video there was no “Josecito” that she knows. “I didn’t see José anywhere,” said the woman in the program. night “of Cosmovisión last week.

In his apology video, Balvin assured that the video and the song, which he composed, recorded and disseminated, in reality “is not part of what I have always expressed, mine has always been tolerance, love and integration.” step directed a few words to his mother: “Mother, excuse me, my idea is to continue being better every day.”

J Balvin apologizes for the video accused of being racist and misogynistic | DW | 25.10.2021