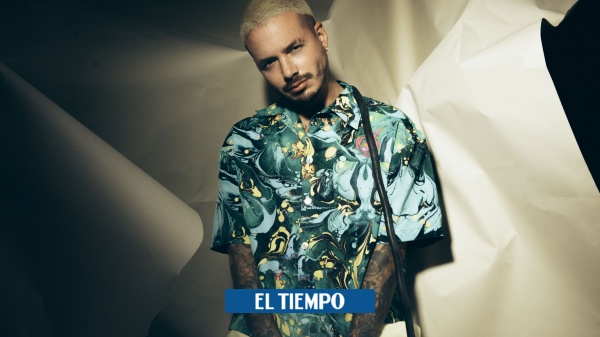 That he painted houses in the United States to finance his first records, that as a child he heard rock y metal, that in the refrigerator of his Japanese-style mansion there is a lot of alcohol, but he only drinks water: from J Balvin everything is known. Its impact on popular culture is such that it is difficult to tell a curious fact that surprises your audience.

For some, the introduction to this interview can be a formality. Perhaps it is a character who does not need an introduction, but in this same conversation, precisely, José Álvaro Osorio Balvin (Medellín, 1985) says: “Not everyone has to know who J Balvin is”.

(You can also read: This is the song that J Balvin dedicated to his son Río on his new album).

Well, today, J Balvin is one of the most important Spanish-language singers in the world. In addition, it bears much of the responsibility for the reggaeton be a worldwide movement.

On the night of September 9, J Balvin launched Jose, his sixth studio album (if you count the one he has with Bad Bunny). He has 24 songs and 15 of them he sings with other artists, ranging “from the most famous to those who are just starting out,” he says. Skrillex, Feid, Karol G, María Becerra and Dua Lipa are on the list.

(You may be interested in: Karol G announced the second date for his concert in Medellín).

The project has only been on the air for a few hours and has already been a success. On launch day, while Balvin was presenting it in New York, at the show Jimmy Fallon (and announced his new tour), the advertising of Jose it illuminated the Torre Colpatria, in Bogotá. On September 12, at 5, he will give a virtual concert for TikTok to present your new project.

In the midst of the upheaval, this was what the star told us about his album and what it feels like to be J Balvin.

Does being a world icon determine your creation processes?

I wouldn’t call myself a world icon, but if people think of it that way, I appreciate it. Obviously there are many pressures. And they are pressures that I put on myself. I do not allow the society impose them on me. Sometimes I have felt that I have to give more because people are expecting more from me. Then I say: ‘The one who has to expect more from me is me.’ I think about how to rise to all levels. Not only professionally, but personally, spiritually or whatever we want to call it.

Who continues to inspire you?

Jay Z, Pharrell Williams. Also Chris Martin from Coldplay, who is a great friend of mine.

What does Medellín have for artists like you and so many others to come out?

I think it is a cultural aspect: what we call berraquera. Although there are berraquera throughout the world, we could not say that only in Medellín. In Colombia, in general, there is a lot of talent. But let’s say Medellin You can already experience what it means to have living examples of dreams come true. For example, I was inspired by Juanes. It was from my city. I’d look at it and say, ‘Okay, you can.’ The fact that there are several of us who have created cultural movements makes several artists from the city of Medellín feel that they can achieve it. If we are several, why not them?

Feid, one of those Paisa artists that you inspired and now is doing very well, says that at first you did not like the song ‘Ginza’, which became a reggaeton anthem… how was that?

It is real! We were composing a lot of music (with Feid, Sky and Bull Nene), I was very tired and went to sleep. The next day, when I got up, they showed me the song. I told them: What is this! Is this a joke or what? Then I said ‘put it back on’… No, I don’t like it. And again: put it back on. No, I don’t see it. I recorded it, there, as to be seen.

And I remember that at that moment I uploaded a bit to my Instagram, and I put an app filter that I don’t know if it still exists: it was called Ginza. And they all reacted: we want her now, we want her now. Wow! OKAY. But the song is going to be called Ginza, because of the filter that I put on it. I thought nothing was going to happen and I put it there like a joke: we were there dancing, and if you need reggaeton, go ahead. And look what happened!

In a ‘Billboard’ conference, you say that the song ‘Safari’ was created with Pharrell Williams from the sounds of the Colombian Pacific. Interested in remixing your music with regional sounds?

Yes, of course I am interested in continuing to do that. But you have to know how to do it so they don’t sound weird. You have to find the balance. It must be considered whether a sample of a traditional song of ours or a certain style can be fuse with other music so that it sounds nice. It seems to me that it is not so easy.

Let’s talk about his album. Why in the previous one, ‘Colores’, he only had two collaborations and in this one he has so many? What is behind that decision?

My albums are always a concept, right? I don’t make music to make music. With Colors it occurred to me that if everyone was collaborating, I was not going to do it. LOL. The idea was to achieve an audiovisual concept. Then there were not many people in that project: I only sang with Sky, in Verde, and with Mr. Eazy, in Rainbow. That, in an urban album, are very few collaborations. Now, Jose it is an album in which the concept is me. And I love to collaborate. I love mixing different sounds and experiment with the different aspects of the genre.

In an interview, you said that for ‘Colores’ you recorded many songs and selected the best ones. Did you retrieve any from the previous album to include on this one?

There is one, nothing more.

In his album ‘Vibras’ there were experimental sounds, as in the introduction or in ‘Brillo’, with Rosalía. In this one too?

Yeah right. Introducing this album, F40, is a reinvention of classic reggaeton from the 90s. In Da Getto, with Skrillex, it is also very experimental. Another is Want from you.

Why did you decide to insist on your identity as Jose, not as J Balvin?

The more I grow as a person and as an artist, the more I realize that the important thing is that Jose is well. Where do I go? I introduce myself as Jose, not like J Balvin. It makes me sad, then. I think that’s embarrassing, right? Well, they don’t have to know me. And it seems more legendary to me that people know you by name. It seems more powerful to me. That they see the human being, that they speak with the human being, not with the figure.

That is precisely what the song ‘May 7’ talks about. Is it almost an autobiography?

Life is the other way around: when nobody knew me, I wanted the whole world to know me. And when they know me, I don’t want them to know me anymore

Yes, it is an autobiography. Hundred percent. A professional and personal autobiography. I always wanted to tell my story, but I wanted to do it when I came to a time when it was interesting to tell. He wasn’t going to tell it when he was starting, because what was he going to tell. He he. But at this point I have fulfilled so many dreams and I have managed to impact so much through the latin culture, that now I can tell part of my story and how difficult it was.

(Other readings: Pink and Wiz Khalifa: what do they have in common?).

I think it’s good to show that to the youth or whoever wants to hear that song. Many people see the glory, but not the history. Remember that there is hard work behind this. There is a lot of discipline, a lot of sweat, a lot of tears, a lot of frustrations.

Finally, now that you mention what’s behind the glory, what is it you don’t like about being J Balvin?

Many times I wish I had more privacy. Maestro Facundo Cabral said it well, may he rest in peace, one of my favorite artists. I heard him ask himself “how free is Luis Miguel?” With all due respect, of course. Obviously I am not Luis Miguel, but I do represent a new generation of Latin artists with some recognition. I miss the anonymity. Life is the other way around: when nobody knew me, I wanted the whole world to know me. And when they know me, I don’t want them to know me anymore. That is part of life. It is always so. You look for that spectacular woman that you wanted so much, then you have a relationship with her and you say: ‘Ah, I prefer the ugly girl.’ That always happens! It is very natural. What I am saying here are facts, I am not talking nonsense.