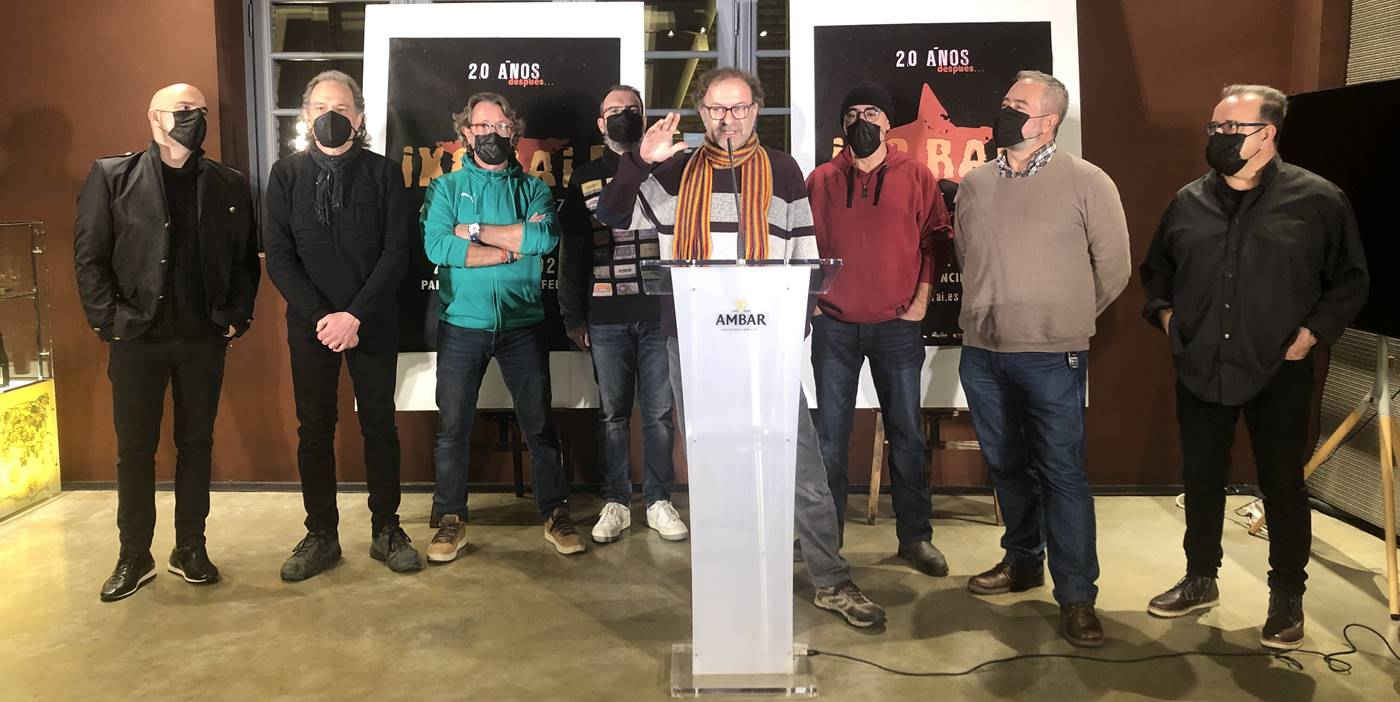 In the year that marks two decades without Ixo Rai !, the mythical Aragonese band meets for a single concert.

Ixo Rai! They once again get on stage in the year that marks two decades of their separation. This was just announced at a press conference from the Ambar beer factory. We were the first media outlet to break the news about the publication of his first biography. We did it on the edge of August 15 with a interview with its author, Alfonso Urben Gracia. Alfonso was a bass player for the folk rock band and in his book he also had the collaboration of the rest of the group’s members.

Although untouched, the promotion of ‘Blessed was the hour!’ It was the reunion of the band and that first bug of getting back together that today has become one of the great news of musical Aragon this year. The meeting is going to be the April 23, 2022, with doors opening at 8pm, from the Prince Felipe Pavilion of Zaragoza. Tickets are already on sale from this link.

In the return announcement they have neither confirmed nor ruled out that there may be another concert. They have made it clear that they are not going to play new songs and that they will review twenty-five songs from their repertoire.

I start by chance

Ixo Rai! They were pioneers in mixing rock, Aragonese folk, vindication and party. Miscegenation without complexes that would start completely by chance, in a concert to celebrate the Cincomarzada in 1988. Different people got together improvised to replace the drop in the program of La Orquestina del Fabirol.

It would be months later, in the Fiestas del Pilar of that year, when after receiving a call to act they would return to the stage with a name. The first tests would be the basements of the Federation of Neighborhood Associations of Zaragoza. Juanito and José Luis would later join that founding formation composed of Fidel, Eugenio, Jesús, Alfonso, Flip and Jota. Years later Miguel and Bath would join.

Pioneers of miscegenation in Aragon

His proposal was very groundbreaking for the time. They dared to mix jacks with ska, drums with dulzainas and saxophones with bagpipes. They got their own style naturally, without trying to invent anything. In his almost decade and a half of life they would publish six discs and a compilation. Their specialty was live performances and they would perform a multitude of them. Jota once declared “we will always think it could last longer, but we never thought it would last that long.”

From Aragón Musical we had tried the long-awaited Ixo Rai reunion! without obtaining positive results. Fortunately, that desire is going to come true. They received the special category for career in the IV Aragonese Music Awards in 2002, year in which they said goodbye. You can see below these lines a photo of that day.

“Return? I would tell you that totally discarded »

In the interview with Urben this summer He assured that “today we could not freely say everything we said then.” They are other times, however the memory of their activity lives on. In that interview, When asked about a possible return, he affirmed: «I would say that it was totally discarded. Although some of us have continued with our musical careers, others have not played or sing for 20 years. Also, to go on stage at the same level that we left it, it would take several months of rehearsals. I personally would like it but it won’t happen ».

Ixo Rai! They return to a stage 20 years after their separation – Aragón Musical