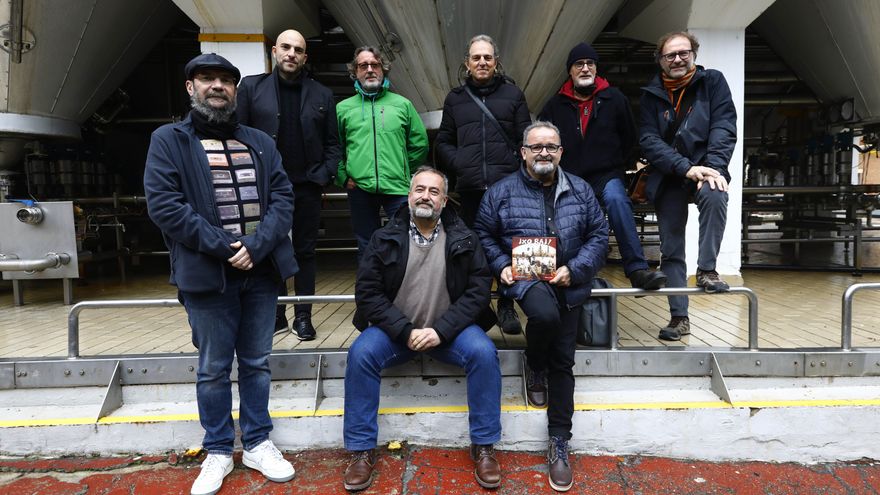 They had always denied their return but, 20 years later, they are here. The Aragonese band Ixo Rai !, a great exponent in the rock and folk community for its protest and humor songs, will return to the stage on April 23 at the Prince Felipe Pavilion. Tickets for the concert, which are already on sale, they have a single price of 40 euros.

Presented at the Amber Space in Zaragoza, the return of Ixo Rai! It was a demand of the fans, who missed the fun and the Aragonese rock of the group. Jota, leader of the band, has recalled that the dates arrive by chance but that in the case of the band they are always recognized: «We got together in the 1988 Circomarzada, we separated on May 1, 2002 and we return on Aragon of 2022 ». The return “in mortal flesh” confirms the validity of a group that continues to be recognized, “thanks to social networks and online platforms for listening to music.” “In our case, a paranormal phenomenon occurs: we appear at all festivals at 4 in the morning,” joked the singer, alluding to August 15th, his most famous song, which is obligatory in all the festivals of the Aragonese towns and outside the community.

20 years have gone a long way and each of the members of the band “has gone on with his life.” Some have even been away from music since Ixo Rai! dissolved. The return, which all the components have confirmed was not planned, is also boosted by Ixo Rai! from within, Alfonso Urben’s book in which the founder of the group narrated some of the lesser-known anecdotes. “Alfonso has given us a gift with this book”, declared Jota, who has admitted that all the members have been able to “remember the good times we spent together.”

A return to simmer

The union in Ixo Rai! It has been going on for several weeks, since there were many musicians from the group who accompanied Urbén in the presentations of his book. “In all places they asked us about the return,” commented the musicians, who have ensured that these requests “have encouraged the return of the group.” “People have claimed it and we have awakened all the memories,” the components have agreed.

But it’s not just fans who have kept the flame alive for one of the most beloved groups in the community. “Selfishly, there is a lot of self-pleasure”, pointed out a Jota who, also, lamented the bad way in which the group disbanded in 2002: “This will be a good way to close the relationship with the public well.” An audience with whom communion was total: “We lived in a mirror, and we don’t know if they fed us or the other way around.” The vocalist of the band has encouraged the public to meet at the Prince Felipe because Ixo Rai! she is “like the Virgin: she comes and goes.”

«The idea is to return only for this concert», has confirmed a Jota who has also advanced that the repertoire will consist of “25 of the best-known songs, although they are not all the great successes that we would like”. Laughing, the group leader asked the audience “not to be too demanding”, because the 20 years away from the stage are noticeable. “It will be a great concert, very professional and that everyone will be able to enjoy,” he concluded.

An opportunity for the youngest

Ixo Rai! It is synonymous with the 90s and a music scene that little resembles the one we live today. The records and compilations have made room for digital platforms in which the Aragonese group also defends itself. “The magic of the networks has made young people also know us,” said Urbén.

Be it on CDs, concerts or on social networks, the Ixo Rai style! it is non-negotiable. “The messages we gave then are still valid today,” Urbén recalled., claiming critical letters with politics, society or the monarchy. “If we start today, the gag law would take us to Belgium with Valtonyc,” he has sentenced.

In five months, Ixo Rai! will return to the stage with the same repertoire as always, faithful to its audience and with the intact desire to defend Aragon, protest against injustice and encourage fun. “We will continue in the fight.” And let it last.