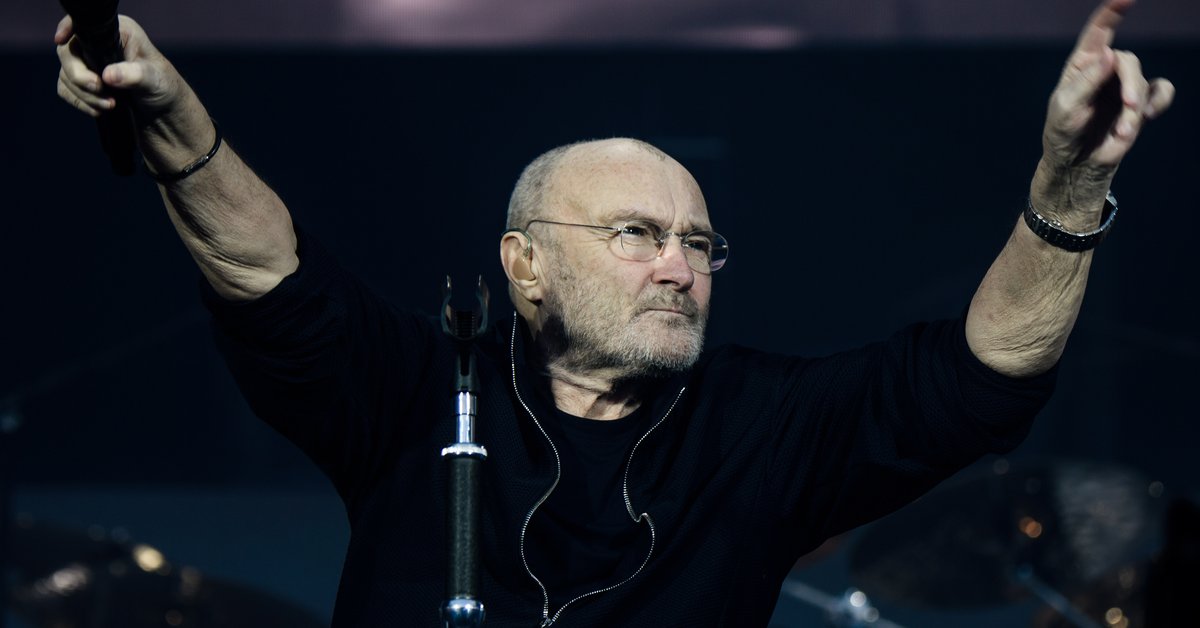 Phil Collins revealed that he can no longer grip the drumsticks as before due to the degenerative disease that has permeated his health, especially in his limbs.

He announced that he will join the next tour that Genesis He will do for the United States despite serious health problems that cause pain in his limbs and prevent him from spending long periods of time on his feet.

In an interview for the BBC Breakfast, the renowned English musician confessed that he feels great helplessness because he cannot play the drums as he did in his best days due to the degenerative disease that has kept him from his activities.

Phil Collins is originally from London, has been married three times and has five children REUTERS / Mike Segar / File Photo

“I would love to, but you know, I mean, I can barely hold a stick with this hand”, He declared in response to whether he would once again delight the public with his masterful way of playing drums. “There are certain physical things that get in the way“He added, referring to his physical deterioration.

The also vocalist commented with nostalgia that he would very much like to be able to share the drums with his son Nicholas Collins, who for a few years replaced his father in the instrument because the drummer was already beginning to suffer havoc on his body as fractures.

“I am a bit physically disabled which is very frustrating because I would love to play there with my son”, He commented.

This could be the last tour of Phil Collins, who considers that the time has come for his retirement from the stage, because in addition to his physical difficulties, the drummer thinks he is of advanced age.

“We are all men our age and I think, up to a point it’s probably for the best. I think so, in general, for me, I don’t know if I want to hit the road more”, He confessed.

The drummer surprised Genesis fans by joining the interview that the BBC made the group for their long-awaited return to the stage. During the talk, Phil Collins appeared seated in a classic black leather jacket and the only people who came out and returned to the painting were Mike Rutherford and Tony Banks.

Genesis would return to the stage in 2020, however, the group had to postpone its tour for a year due to the health contingency that interrupted concerts and presentations to prevent the spread of the coronavirus.

The return of Genesis that has all its American fans excited, who are looking forward to seeing the legendary rock band again, especially to hear the iconic drummer in what could be his definitive retirement.

Phil Collins joined the legendary rock group in the early 1970s. After nearly 26 years of non-stop playing with the band, the singer ventured as a solo artist and has made sporadic appearances with Genesis ever since.

In 2007, the English musician’s health problems began with the dislocation of a vertebra in your neck, an event that occurred during a tour with the group. The difficulties ended up leading him to undergo a back surgery in 2015.

While the singer was repairing surgery, he fell and he fractured his foot. Although the Englishman tried to attend to his injuries and save the time necessary for his recovery, he ended up falling again injuring another part of the same limb.

Over the years, the accidents did not stop, because in 2017 Phil Collins suffered a serious fall in his hotel room hitting his head on a chair, which caused a cut.

The return with Genesis, millionaire divorces and his dirty reputation: Phil Collins turns 70
The explosive statements of Phil Collins’ ex-wife: she accused the musician of being impotent and of not having bathed for a year
Phil Collins accused his ex-wife of usurping his $ 40 million Miami mansion