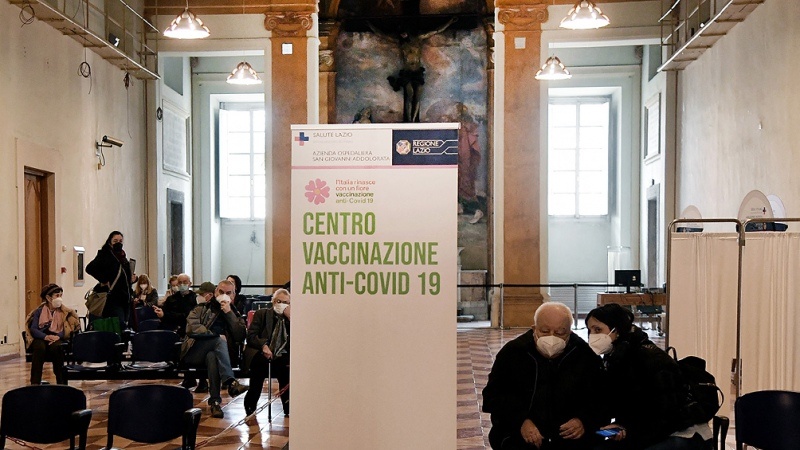 The “green pass” can be accessed with the two doses of vaccination or with a negative test.

The Italian government prepares a “green pass” for people vaccinated against the coronavirus to be mandatory to take trains and internal flights, and attend concerts and stadiums but not for bars and restaurants, the Corriere newspaper reported this Friday.

Faced with the advance of the so-called Delta variant of coronavirus and after similar initiatives in countries such as France, Italy is preparing a “green pass for stadiums, concerts, discos, trains and flights “to be launched next week” by decree “, and to leave the gastronomic sector out of the obligation, adds the morning based on government sources.

The Minister of Regional Affairs of Italy, Maria Stella Gelmini, supported the initiative in statements reproduced by Repubblica today in which she was in favor of an “Italian route for the extended use of the green pass”, less rigid than the French version also used. for bars and restaurants.

The initiative, which divides the Government and the 20 regions of the country, seeks to stimulate the vaccination campaign that has already immunized almost 50% of the population over 12 years of age and, on the other hand, to reduce the circulation of unvaccinated people in massive events.

The “green pass” to which It can be accessed with the two doses of vaccination or with a negative test, allowing “to attract a greater number of people in stadiums, concerts, show halls, even reaching 100 percent capacity“and will be” also essential to attend public events and conferences, “says the Corriere, in addition to accessing trains and long-distance internal flights.

With the northern regions of Lombarda and Vneto opposed to the initiative being strictly applied and the Lazio and Umbria plants in favor, the governor of Liguria, Giovanni Totti, considered today that “it cannot be claimed that to make purchases or getting on a bus must be vaccinated “.

“But to enter a disco or a concert I think it is fair to use the green pass,” said Toti.

This line is also shared by the parliamentary bloc of the ruling Five Star Movement, which through a statement considered “useful” the use of the green pass for stadiums and concerts, but rejected that it be applied “to activities such as bars or restaurants.”