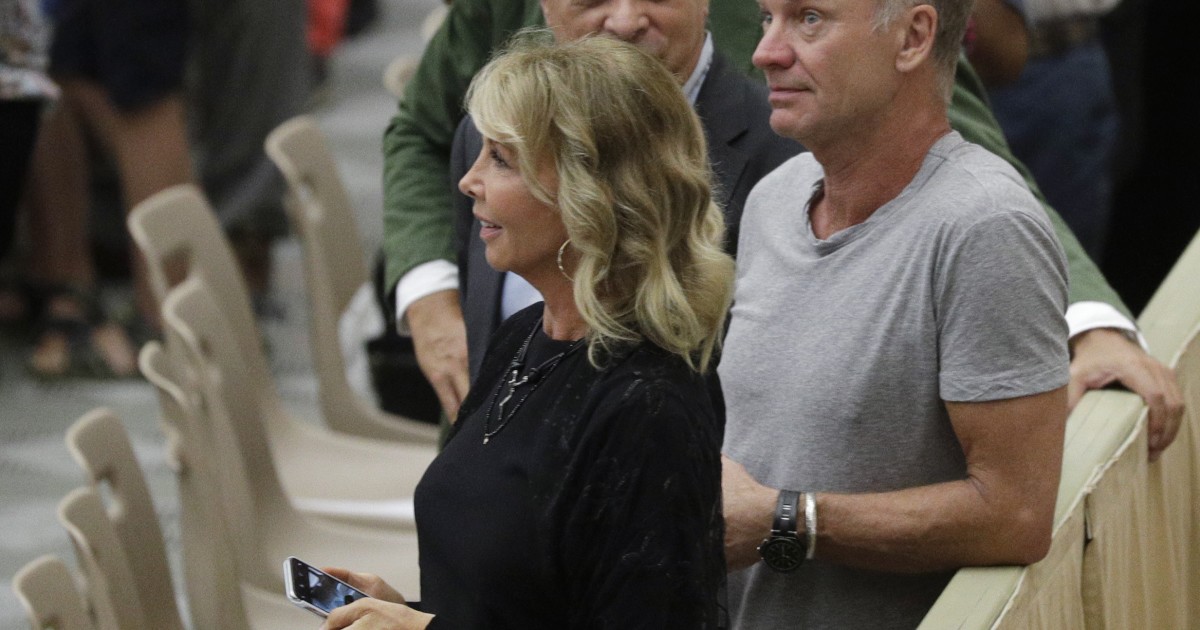 The heir to a late duke who sold his vineyard to Sting 25 years ago says the singer sent a bland apology for comments his family considers defamatory.

The dispute has reached the Italian newspapers. Sting told the weekly “Sette” on August 13 that he was convinced to buy the vineyard at Palagio near Florence in 1997 after tasting an “excellent” glass of red wine offered to him by the owner, Simone Vincenzo Velluti Zati di San Clemente. The singer said, however, that the wine turned out to be a barolo from the Piedmont region of Italy and not a local Tuscan Chianti.

The magazine called this action “a hoax,” and said the singer “had been tricked” into the purchase.

In the interview, Sting said that he only realized the truth about the wine’s origins after purchasing the Palagio property, including its vineyards, and that he noticed his guests spilling Palagio red wine in the garden instead of take it. He added that he and his wife set out to take “revenge” by producing “an excellent wine that was also sourced from the Palagio vineyards.”

The duke’s 45-year-old son, who passed away in 2012 at age 86, wrote a harsh response to Sting’s allegations calling them “libelous, poisonous and completely untrue.”

Simone Vincenzo Velluti Zati said it would have been completely strange for her father to have passed off a barolo for a Chianti, and said that Sting’s use of the anecdote in the interview to promote a new organic pizzeria on the property was “in bad taste.” .

In his letter, Velluti Zati said that Sting’s accusations “not only do not obey the truth, they are highly damaging to my father’s memory and to my reputation.”

Sting responded with a letter on Aug. 24, obtained by The Associated Press, offering his “sincere and unequivocal apologies,” and acknowledging that the story “as reported was disrespectful to the memory of his distinguished father.”

Sting said the duke was “an honest man, who never deceived me” and said that instead the anecdote was self-critical, underscoring the fact that 25 years ago he was not able to “distinguish a barolo from a bar of soap.”

Velluti Zati told the AP on Tuesday that the apology was a “necessary act” on the singer’s part that was hardly convincing. The heir has not decided whether to take further action.