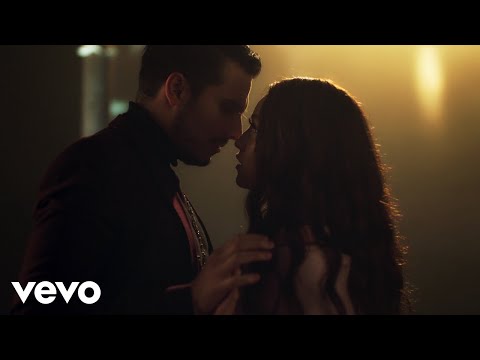 There are times when it is better to pause, take a deep breath and think carefully about what the next step will be. And that was precisely what he did. Carol Seville after the end of “I am Luna”, a fiction that made her an idol of the multitudes before she came of age, but that also led her to want to be away – for a long time – from the film sets.

Four years after the broadcast of the last chapter of the series and after a pandemic with its respective confinement, the Mexican received a script that convinced her that the time had come to resume what she had left on hold. “It was always me” presented him with the story of the sudden death of an idol of Colombian music, whose daughter, anxious for answers, decides to solve the mystery on her own.

“I did not want to act, I had canceled the performance completely and this character arrives that, at once, when I read it I fell in love”, Karol Sevilla told us in a video call by Zoom about Lupe, the role she assumes in the series. “I liked her personality and the story, because it is the first time that Disney is going to risk making a series with these types of themes, such as death, which are themes that Disney never touches,” continued the artist, who is currently 22 years old and who confesses, without problems, that she was looking for other types of challenges, not only in accordance with her age, but also with her motivations, which do not always go hand in hand with what the public believes of her.

Karol, for example, reveals that, although it is one of her most well-known talents, she does not like to sing, something that also made her connect with Lupe. “I was looking for a character who acted more than sang and it came. Lupe does not like to sing, it is something we have in common, the character then fit me like a glove, “explained Sevilla.

Between love and hate

Another feature of the story that quickly hooked the Mexican was the way in which the romance of the plot is approached. Lupe, who lives in Mexico when she learns of her father’s death, travels to Cartagena de Indias, in Colombia, where she will meet Noah, the musician’s former assistant who, as well as generating a quick attraction in her, also produces distrust, that ends in a love/hate deal that gives the duo an unusual dynamic.

“The characters are very ironic and speak as if in a double meaning, they are biting each other all the time, they have this love/hate like many in our real life that we hate and love someone at the same time, says Sevilla, who believes that this duality also it is reflected in other aspects of the story.

“You have this mystery that’s super grey, but there’s also the icing on the cake: the music. For me the series is like the sea: there are times when it gets super strong but, suddenly, the music comes and it’s like when the tide goes out and everything gets quiet”, he summarizes about the fiction that has music composed by Mauricio Rengifo and Andrés Torres, the producers of “Despacito”, and with the voices of Sevilla and Pipe Bueno, a well-known figure in Colombian music who makes his acting debut in this story. For the singer, taking on this challenge in his career with an international fiction set in his country makes the project a much more special experience.

“Disney came to record a series in Cartagena de Indias, in Barú, in Bogotá, showing beautiful things from my country. I have told my colleagues that they are going to see landscapes that they may not even believe are from Colombia, because even I was taken by surprise to arrive at places that they did not know existed here and that is magnificent. In addition, on a musical level, the songs have vallenato roots that merge with urban music. This project has it everywhere”, says Bueno.

For both of them, there are many moments of filming that have remained in their memory, but Sevilla says that she had an experience on set that “no other project is going to give me”.

“We had a scene where Noah and Lupe are fighting and in the background there was the sea crashing against the rocks. Ours also became a fight against the sea to see who would be heard more. I think it’s a beautiful message and just remembering it makes me want to cry,” says the actress.

“It was always me” will be available on Disney + in Latin America from June 15. In Spain, the United States and Brazil it can be seen from July 20.

“It was always me”: Karol Sevilla reveals why this series convinced her to return to acting | VIDEO