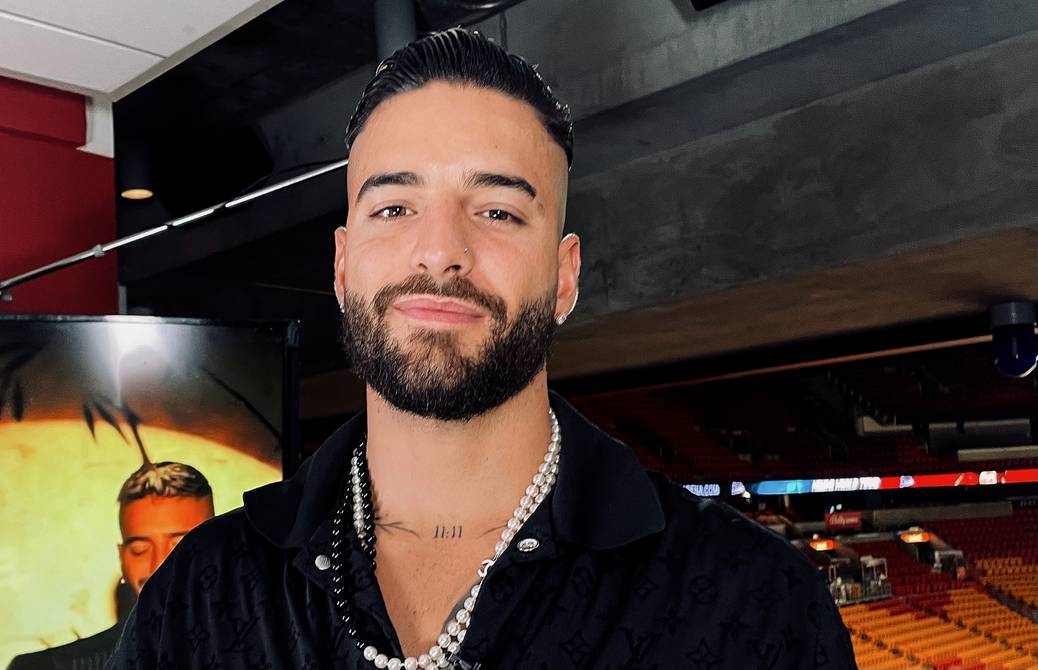 The Colombian is the only Latino included in the group of superstars like Andrea Bocelli who will celebrate the rebirth of the Big Apple.

The next tour PAPI JUANCHO MALUMA WORLD TOUR, by the Colombian artist Maluma, is the most ambitious and “safe” of the new post-pandemic era, said the artist in an interview with Efe, in which he invited his fans to get vaccinated against COVID-19.

“We are preparing a show totally created to respond to the measures that are necessary to keep the public healthy and to be able to go ahead with our plans,” said Maluma from the FTX Arena in Miami, where one of the 30 concerts of the tour will be held. .

“It is important that they come vaccinated,” he stressed.

In order to create a “safe” experience, the artist and his team have designed a stage that will be installed in the center of the venues where he will singincluding the legendary Madison Square Garden in New York and The Forum in Los Angeles.

“It is a perfect configuration that allows us to adjust everything, it depends on what is happening,” he said, as they are pending that some restrictions need to be retaken to contain COVID-19 infections.

Given what is happening with the increase in cases, “we remain connected with the team and very aware,” he added.

However, he remains convinced that the time has come to do live shows, “with kisses on stage and everything.”

“Of course, only to fans who can show that they are vaccinated,” he stressed.

“Since all this began I have released two albums and I am desperate to sing the songs with people,” he said, in relation to the albums Papi juancho (2020) and 7 Days in Jamaica (2021).

The first contains your success Hawaii, one of the most important of his career and that debuted in the first place of the 200 Billboard world list, of the most popular songs worldwide, with the exception of the United States.

Between rehearsals and the big apple

One day before the talk with Maluma, the organizers of the historic concert in Central Park We Love New York: The Homecoming Concert announced that the Colombian is the only Latino included in the group of superstars who will celebrate the rebirth of the Big Apple.

“For me, New York represents many beautiful things. In fact, it was there where I filmed my first film and I am grateful that they invited me to celebrate with them ”, indicated Maluma in reference to Marry Me, the film in which he stars with Jennifer Lopez and Owen Wilson, which will be released next year.

That is one of the few activities that you will have from now until the tour starts in the Californian city of Sacramento. “To do the type of show that we design you have to rehearse a lot and be very fit,” he explained.

“When I’m on tour I see myself and treat myself like a high performance athlete, and that’s how I take care of myself,” he revealed.

In 11:11, his previous tour, more than a concert Maluma offered a great show in which he fused complicated choreographies, daring costumes and short documentaries with his hits.

The artist had to suspend that tour in March 2020, when the European part was going to start. Even so, according to figures from the firm Boxscore, which compiles income from concert tours, Maluma raised $ 23 million in the 36 dates he managed to complete. The average ticket price of 11:11 it was $ 90.

The cost of the tickets for the PAPI JUANCHO MALUMA WORLD TOUR They range from $ 40 to $ 240 and the first stage will run through major cities in the United States.

Although he refused to give names or dates, Maluma confirmed that he will soon release new songs, which will be part of his next album, whose first single is Sober.

The artist indicated that at this stage he will explore his most romantic side more deeply, “although it is a balance that I always try to maintain, because although I want to tell all kinds of love stories with my songs, I also enjoy very urban themes, well Street”. (AND)