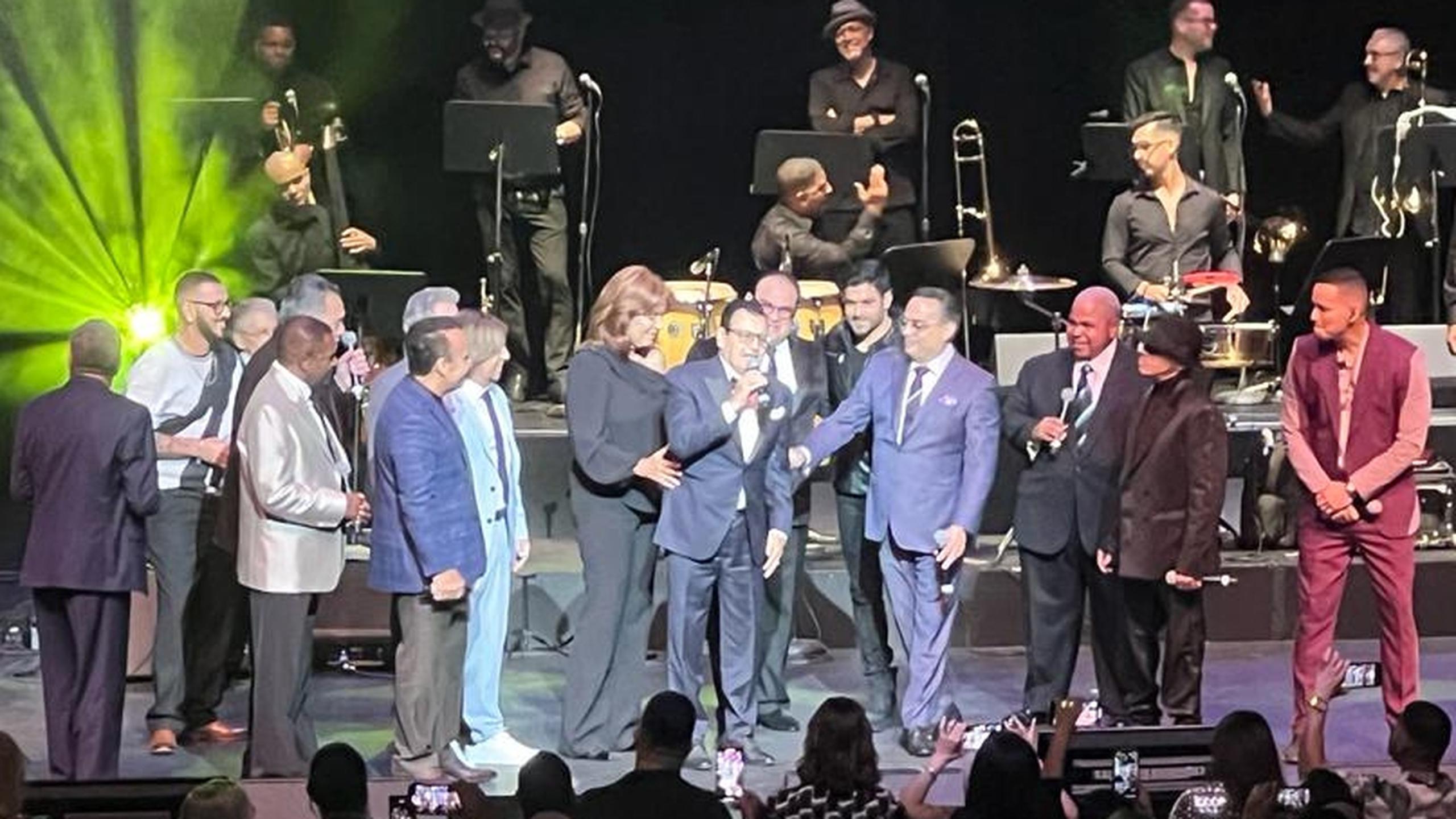 There is no doubt that the night of November 9 will be remembered as a celebration of the life of singer Ismael Miranda. The Antonio Paoli Festival Hall of the Santurce Fine Arts Center was full of emotions from start to finish, like a great party that allowed “El Niño Bonito de la Salsa” to share before an audience, after being away for two years for serious health mishaps.

Although the night was designed so that various stars of salsa and popular music from Puerto Rico sang Miranda’s songs, as a way to highlight his career and thank him for his contribution as one of the most influential living exponents of salsa, and because they just love it, it really was the honoree who unexpectedly took center stage in the show “Puerto Rico greets Ismael Miranda”.

Surprisingly for the audience, the singer-songwriter, who in January 2021 suffered a stroke, which required an emergency operation to control an edema that caused a life or death crisis, appeared on stage at the end of the evening to sing “Borinquen has montuno”.

Even though the 72-year-old singer’s speech, body balance and motor activity were affected, left those present impressed by the recovery gained in the last two years. With care and effort, he honored the participation of each of his singer friends who were part of the musical banquet.

A prolific demonstration of love in his land by his supportive friends, the outstanding singers Gilberto Santa Rosa, Víctor Manuelle, Vico C, Tito Nieves, Jerry Rivera, Domingo Quiñones, Juan José Hernández, Danny Rivera, Chucho Avellanet, Andy Montañez, José Alberto “El Canario”, Tony Vega and Álex D’Castro, accompanied him on the song, while holding him and being attentive and affectionate with whoever was one of the Stars of Fania.

“What a lot of people, thank you very much. They are loved. Thanks for being with me. I want to greet Chief Gilberto for this beautiful night that I have spent here singing. I don’t know when I’ll get out of the leg problem and have a clearer voice, (when that happens) I’ll come here,” said the Aguadeño, who was also accompanied on stage by his wife, pastor Janice Batlle, who has been his greater backing and support, in addition to his five children and more relatives, who witnessed the show.

Each performance in the show, lasting just over an hour and a half, struck a chord with the spectators, who initially warmed up by clapping to the rhythm of the harpsichord.

An orchestra conducted by Carlos García, in addition to three screens with visuals by Miranda, delimited the atmosphere of an evening where songs by Miranda and others composed by him were performed, but which were popularized by other voices.

The salsa feast began at 8:20 p.m. with a song dedicated to Miranda’s career, which preceded the presentation of who describes himself as an eternal admirer of Miranda, the singer Gilberto Santa Rosa in an unusual meeting, with the so-called “rap philosopher” Vico Cto sing the song “Open Step”.

Although at the beginning there were some flaws with the sound, this did not prevent both artists from improvising some verses dedicated to the former member of La Fania All Stars. As a veteran sonero and rapper, respectively, they enjoyed changing the chorus of the song to “He who plays with a candle, sooner or later he burns”, while the rapper did some “break dance” movements, in addition to dancing salsa.

Interventions between each of the presentations were made by the actress Alexandra Malagón and the comedian Otilio Warrington, who also got together to celebrate who they called “the architect of classic salsa”. Throughout the show they made interventions and shared anecdotes, to which they imparted a humorous tone.

The repertoire continued with “Cipriano Armenteros”, performed by Cuban singer-songwriter Juan José Hernández, who asked the attendees to stand up so that Miranda could see them. In the end, the leader of the San Juan Habana gang went to a corner in the front row, where Miranda was accompanied by his relatives, to thank him.

A recorded message was broadcast across the screen, in which Rubén Blades addressed Miranda in an emotional message. “You were one of the first to record my compositions, even when I expected the possibility that my music would reach beyond Panama. The debt I have with you is something that will last a lifetime, ”said the Panamanian artist while expressing his support and affection.

To highlight Miranda’s facet as a bolero singer, singer Danny Rivera performed the song “Todo de mí”, which drew applause from those present. Then the well-known “Niño de la Salsa”, Jerry Rivera, continued with the song “Don’t tell me it’s too late now”, followed by “My mom loves me”, by Jerry Rivas, one of the vocalists of the group El Gran Combo.

Another bolero “En Falso” came to life in the voice of “Niño de Trastalleres”, Andy Montañez, with whom Miranda recorded three musical productions, and Domingo Quiñones vocalized “Como eleagle”. The bolero “La Cama Vacía” was added to the musical repertoire in the great voice of the singer Chucho Avellanet, whom the people gave a standing ovation.

“We are here because we love you,” said the singer Víctor Manuel, noting that Miranda, in addition to being a singer, was an excellent composer and gave as an example the song “Pa’ Bravo Yo”, which was the authorship of the salsa icon , but which was popularized by the Cuban sonero Justo Betancourt. With his particular style, he also used the soneo, while the public gave him the chorus.

The evening continued with songs such as “This is how a son is composed”, performed by Álex D’Castro, accompanied by the musician Nelson González, as well as “La cosa no es como antes”, in the voice of Tony Vega, followed by “Qué It will be what they fight”, performed by José Alberto “El Canario”, who activated the public with his energetic dance steps.

On the other hand, the comedian Bizcocho left animation for a while to sing the bolero “Las Cuarenta”, and the song “María Luisa”, performed by Tito Nieves. Another of the most exciting parts of the night was when all the singers got together to sing “Take off yourself”, with verses dedicated to Miranda.