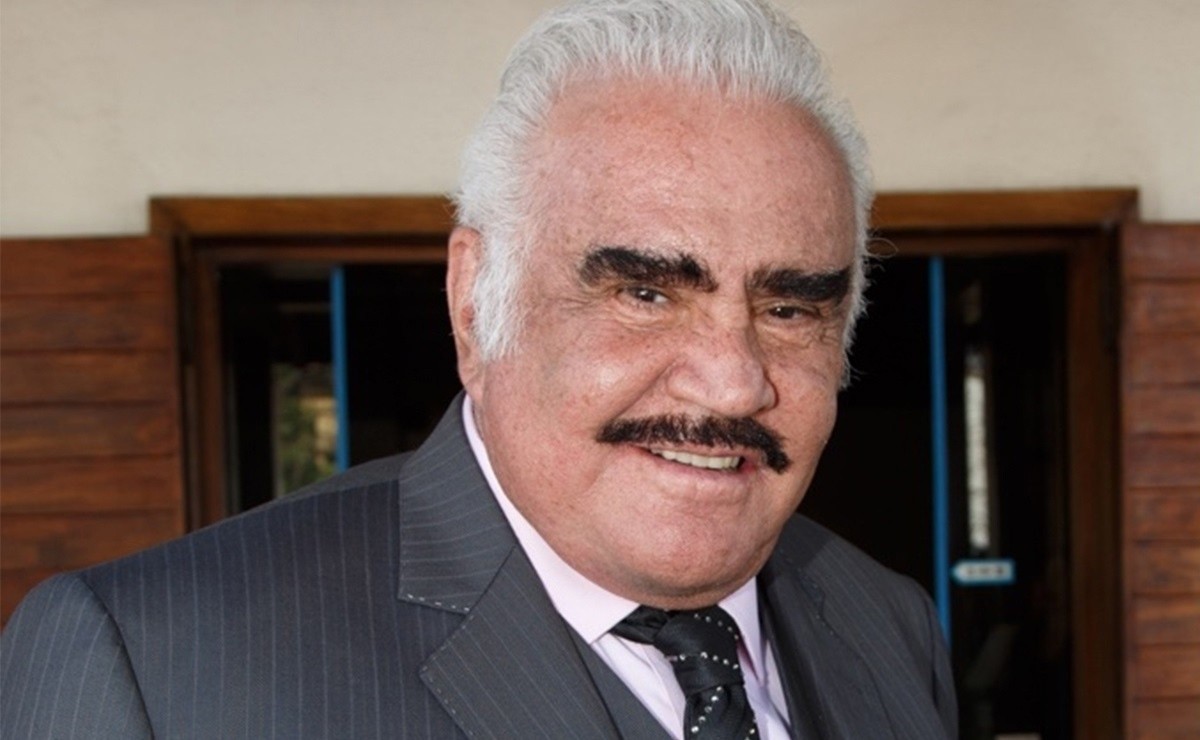 Amid the apparent delicate state of health of Vicente Fernandez, who has been hospitalized since August 6, an American doctor issued his diagnosis about the health of the “Charro de Huentitán“Will he have a recovery?

Vicente Fernandez, was admitted during the first week of August and since then, there have been no totally clear details about his health amid various rumors,

It has been the singer’s family, Vicente Fernandez, who has authorized the dissemination of medical reports, in order to inform everyone and thus avoid crowds with the press, which has been inevitable, in the midst of so many versions.


They were the doctors of “Don Chente“who recently issued one of the most recent reports of his health, on Monday, August 23, at which point they assured in a conference outside the County 2000 hospital.

It may interest you Vicente Fernández Why does the tracheostomy prevent you from singing?

As anticipated, the patriarch of the Fernández family will have a “very slow” evolution, based on a second medical opinion, revealed the group of specialists in charge of the 81-year-old artist’s health.

I am going to refer to a medical concept called second opinion, it is a medical practice that is used to know another opinion different from that of the treating doctors, in order to give greater security in the handling of the patient, and greater security to the familiars. Dr. Ever Fernández explained.

A second assessment was sought from a San Antonio Texas specialist, they reveal.

Yesterday, the family decided to make use of this power, of this medical right. This second opinion was given by a doctor from the United States, a hospital internist and a Methodist from San Antonio, Texas, Dr. Timothy Hernández, ”explained Rodríguez.

It may interest you Vicente Fernández, due to tracheotomy He will not sing again!

What was the opinion of the American doctor?

He explored the patient, reviewed the medical record, toured the entire hospital and spoke with the treating physicians. With this, Dr. Timothy considered that the interpreter of “In spite of everything” is very well treated, that is, very well managed, he does not add any other aspect different from the one he is giving in the hospital, supposedly Dr. Ever would detail about your colleague’s report.

After confirming that everything has been “very well evaluated”, this would give greater peace of mind to both the singer’s relatives and the doctors who have been in charge of the health of the actor, businessman and producer, of whom they report a condition: “Critical, but stable.”

Likewise, Dr. Ever also mentioned that the reports will now only be given once a week and will be on Mondays at 3 in the afternoon.

It was Dr. Luis Arturo Gómez, who reported in the first instance that the artist, a true legend of ranchera music and father of Alejandro, “El Potrillo”, Vicente Jr., and Gerardo Fernández Abarca, has not presented any apparent changes.

It may interest you Ángela Aguilar commits Pepe Aguilar with a question!

Regarding his neurological state, the doctor would describe going to be a state, as has been mentioned on multiple occasions: “It will be very slow, part of the same process of his condition.”

The changes will be very subtle over time, therefore the condition remains stable and we are not exempt from presenting some eventuality, he supposedly commented.