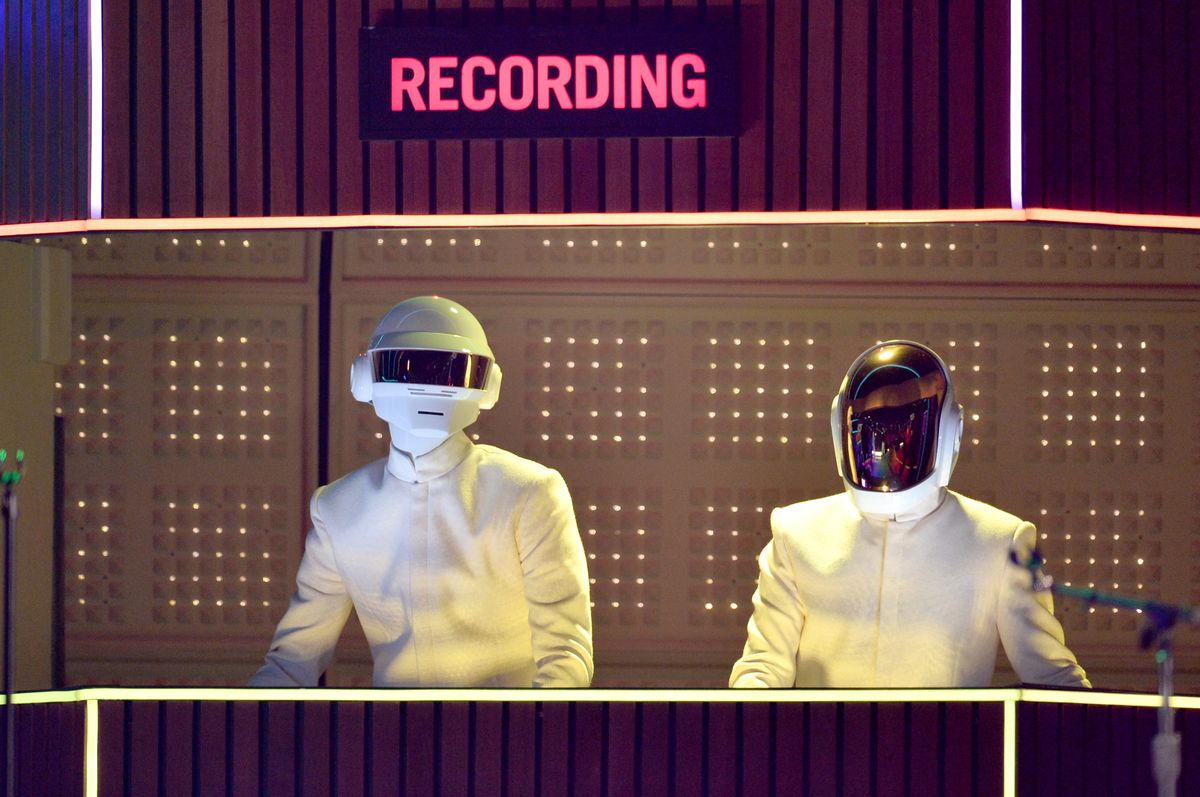 Neil Young has never revealed what he was talking about in his song Time Fades Away, recorded on his album of the same name in 1972. That is why his many fans continue to speculate with the reality behind the metaphors, and many agree that it deals with the fear that “life will pass and remain stagnant.” It is not unreasonable to think that this was one of the Canadian musician’s concerns if we look at the title (“time is fading”), and could explain that now, at 76 years old, he has decided to sell his songbook to an investment fund. Specifically, 50% of the rights to the 1,180 compositions that the legendary rocker has written over more than half a century has gone to the portfolio of the British Hipgnosis Songs Fund for a value that Variety magazine, citing “ industry sources ”, stood at about 40 million euros.

The interest of the financial sector for profitability of the songs of successful musicians is not new, although it has accelerated in recent years. In 2009, venture capital giant KKR acquired a stake in BMG Rights Management (Bertelsmann’s music rights division) for a estimated value of about 250 million euros. The first acquisition of the new alliance was the 8,000 songs from the Crosstown Songs American publisher catalog, which included rights to best-selling songs such as Toxic, de Britney Spears; Livin ‘the crazy life, de Ricky Martin, o All I Wanna Do, de Sheryl Crow.

At the end of that same decade they also acquired catalogs the venture capital firms Pegasus Capital Advisors LP and Spectrum Equity Investors, and the Dutch pension fund Stichting Pensioenfonds ABP was co-owner of Imagem, a publisher with the rights to thousands of songs by artists such as Daft Punk, Phil Collins or Mark Ronson, which would later sell for an estimated figure of more than 450 million euros.

The financial services multinational Credit Suisse Group issued in 2014 a report for its investors in which it ventured the rebound in the phonographic music sector (the rights to the songs) and publishing (the rights to the use of those songs) with the settlement of the new digital platforms, after the bump suffered by the decline of the physical format. “We believe that the change in the revenue mix [por la diversificación de sitios de contenido en internet] it will have a profound impact on the profitability of the music industry ”, concluded the study, which ventured a strong growth in the operating income (EBITDA) of the three main groups of record labels and publishers: Universal Music, Sony Music and Warner Music. A prediction that is endorsed today by the latest IFPI (Industrial Federation of the Phonographic Industry) report, according to which the world music market increased by 7.4% in 2020, to total revenues of $ 21.6 billion, after five years of sustained growth.

This explains why the exploitation rights on songs of established success have been forming as a precious asset for a long time. The novelty now is that it is not about publishers that negotiate their catalogs with investment funds, but that it is the musicians who directly sell their songs. Bob Dylan just handed over the rights on his more than 600 works in “The biggest transaction in rock history”, according to The New York Times, which estimates the operation at 300 million dollars (about 254 million euros at the current exchange rate); Stevie Nicks, singer and songwriter for Fleetwood Mac, has done the same with 80% of his repertoire.

The Fleetwood Mac singer, for her part, has sold 80% of her work to Primary Wave, another publisher, which has made public the purchase price: 100 million dollars (about 84 million euros). “Either way, it’s always good for an author’s work that their rights are managed by a company in the music sector, and not an investment fund outside this world whose sole purpose is to get the maximum return at any price ”, says Alonso.

A giant in the shadow

Hipgnosis Songs Fund is a hybrid case. In addition to the operation with Neil Young, it has recently bought the rights to the 145 songs composed by Shakira and had previously invested, in 2020 alone, some 570 million euros in the acquisition of more than 44,000 works, including those of Blondie, Rick James, and Chrissie Hynde from The Pretenders. It is a fund that operates exclusively in the music market, buys successful catalogs and offers its investors the opportunity to earn money with the royalties they generate. Its founder, Merck Mercuriadis, knows the terrain in which he operates: before starting his financial adventure, he represented artists such as Elton John, Guns N ‘Roses, Morrissey, Iron Maiden and Beyoncé.

The company began trading on the London Stock Exchange in 2018 and its current capitalization amounts to 1,760 million pounds (about 2,070 million euros). Their portfolio is overwhelming: 64,555 songs including 3,738 number one, 151 Grammy Awards, and 13,968 top 10 positions on the world charts. Its ebitda between March 2020 and March 2021 was 90.53 million euros change, a 30% increase compared to the previous year. “If we take into account the explosive growth of platforms like TikTok, Peloton or Triller, the rise of the NFT [activos no fungibles] and other new digital uses of music that we didn’t even have before, songs become assets for our investors with an incredible future ”, declared Mercuriadis himself during the presentation of the latest financial report.

None of the aforementioned artists has specifically explained the reasons that have led them to sell their catalogs. Only the outspoken Noel Gallagher (composer and performer of Oasis), who, according to the Daily Mail, is currently in negotiations with the Hipgnosis Songs Fund, has spoken openly in some British media, such as the BBC: “It is something that is happening Right now in the music business, rich guys buying music catalogs. I would sell, because my fear is that my children will be able to change my work for a Playstation ”. The author added that he would not mind selling his catalog for 300 million euros to buy a yacht.

Extravagances aside, the experts consulted agree on an irrefutable reason: the music business is completing its tumultuous digital transition and is beginning to be very profitable again. “If we stick to listening, digital revenue already far exceeds that of the physical format,” explains Juan Ignacio Alonso. “It has been difficult to monetize streaming [escuchas en tiempo real en plataformas como Spotify y YouTube, entre otras muchas], but better identification systems are being created every time, until now one of the great problems to make it profitable. In a few years practically nothing will escape, everything will be paid for and there will be massive use ”, he adds.

“In 2000, record sales accounted for 85% of our turnover,” acknowledges Carlos Galán, founder of Subterfuge Records, a pioneer among independent record companies in Spain. “Now, at best, it’s 17%. That is why we have become 360 ​​companies: we live by negotiating so that songs appear in series, movies, advertisements, etc., and the musician does not limit himself to recording an album so that we can make him a star, now he must be very active in social networks, as if it were a working day ”. Galán adds: “The boom in the purchase of catalogs has a lot to do with all these avenues of exploitation.”

At the moment only works of proven success are traded, hence in most cases they are by artists with a few decades of careers behind them. “The model has changed. In digital, everything works by volume, and if a catalog has a good volume of reproductions and is well positioned, it will generate future returns ”, explains Eva Faustino, a lawyer at the FG Legal firm, specialized in intellectual property within the music sector. “In the eighties, a record was released and most of the revenue came in the first six months. Now, in digital, individual returns are lower, but for much longer ”. The expert adds: “A well-positioned artist is a safe asset, the rights to their songs can be made profitable in many ways, from use for a YouTube or TikTok video to an advertising campaign on any digital medium.”

Along these lines, Lucía Sánchez, a partner at Menta Abogados, a consultancy in the entertainment sector, regrets that the funds, for the moment, “do not risk and leave out the new promises.” The expert considers, however, that it is a catalyst for the sector. “If they make such a large disbursement, they will have to recover it, and that forces them to move that work, to play very hard in a digital key to achieve large agreements, to monetize all their investment, in short, and that can be good for the company. work of the author and, by extension, for the music business in general, because it is going to make many record companies and publishers leave their comfort zone and begin to move too ”.

The sector is about to receive a regulatory accolade. This year the new European directive on copyright should start to apply. “It will force all digital platforms to be transparent and offer a more equitable remuneration with the author and the interpreter, and it will be a novelty because everything is very opaque now”, explains Viktor Mälo Fernández, founder of Questionna, a law firm that advises and represents many electronic music stars.

Xabi San Martín is known for being the keyboardist and composer of the songs of Van Gogh’s La Oreja. Less for being behind the successes of stars like Paulina Rubio, or unexpected jobs like the BBVA tuning. He has a clear vision, as an author and interpreter, of the evolution of the sector since he started in the business more than 20 years ago. “The market, now, is more cruel, you play it in 10 seconds to like it, people pass songs as they pass photos on Instagram; but in return, it is more democratic than ever, because the listener chooses directly, not the record companies or commercial radio stations ”. And he concludes: “I don’t see a lack of romanticism in an artist selling his work to a fund; songs have to be kept alive, whatever the price, even if you later realize you’ve made the wrong decision ”.

Whose song is it?

The sector has been adjusting to a paradigm shift since the beginning of the digital age more than two decades ago, but the entry into the game board of investment funds, which are beginning to be interested in intangible cultural assets, adds new actors among which distribute the pie of exploitation rights. All songs have three titles: the author of the score and lyrics, the interpreter, and the producer of the phonogram, who is the one who allows the work and the performance to become a recording. The author is represented by music publishers, the phonograph producer by labels or record companies, and the performer by managers. “But the same person can concentrate more than one ownership”, points out Eva Faustino from FG Legal, and gives an example: “Shakira sells part of her editorial catalog as an author and performer, but not her phonograms”. And what is the role of the fund that buys it? “Normally there is an existing contract when the artist sells his catalog,” explains Juan Ignacio Alonso, from Sony Music Publishing. “The publisher has to pay the author for certain forms of exploitation, and the novelty is that instead of paying the artist, it would pay the investment fund.” For the moment, the sale of catalogs does not represent a radical change in the rules of the game.