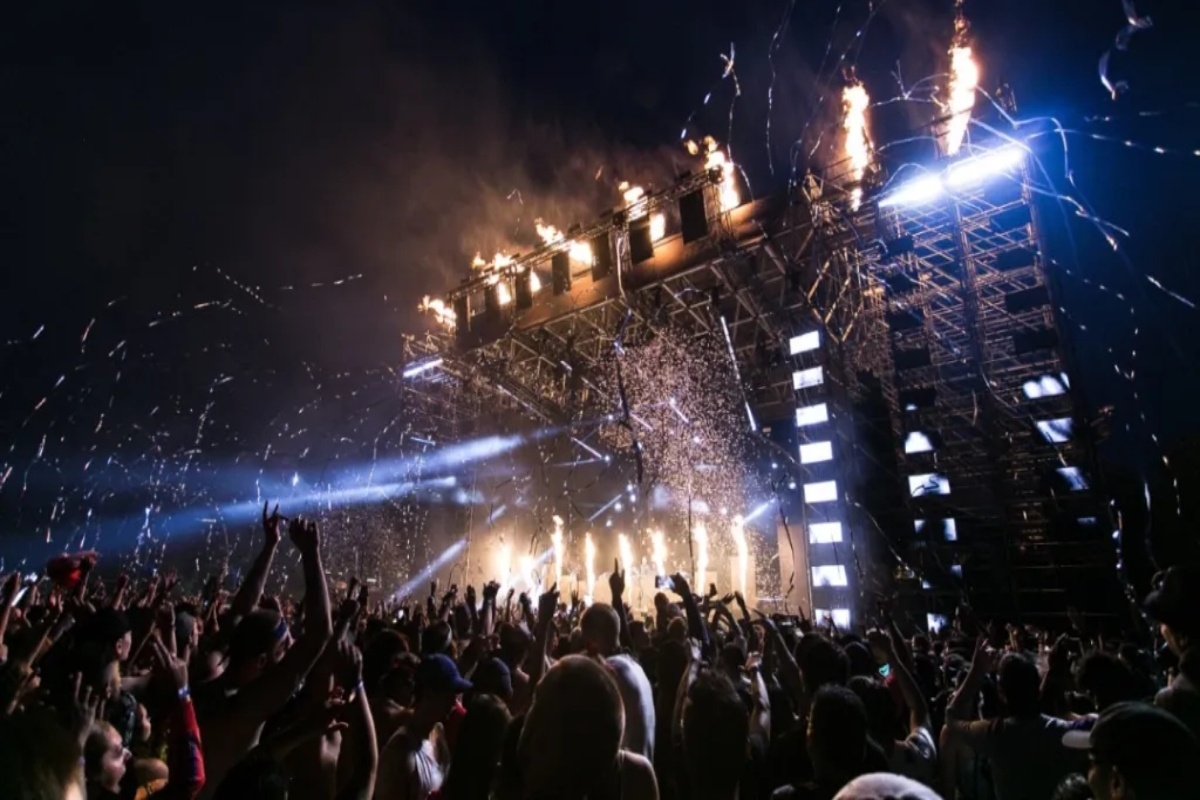 After six years invisible in the world entertainment scene, Venezuela reappears on the agenda of international artists, and proof of this is the programming, until June, of three music festivals and more than a dozen concerts in the country, which continues on the path of economic recovery, after overcoming hyperinflation and recession.

The organizing companies of the events announced not only the visit of new artists, but also new performances, after tickets were sold out for the initially set dates, while on the radio stations, show wedges are heard again.

In just two days, on April 4 and 5, the tickets for the concert of the Mexican groups ran out Sin Bandera and Camilawhose starting prices ranged between 60 and 500 dollars per person.

This led the producer to schedule a new date, whose ticket sales began last Thursday, when, very early, around 500 people were already queuing and waiting for the box office to open, where tickets for other concerts can also be purchased. .

The public of the concerts in Venezuela

Adriana Estévez, a 35-year-old psychology student, who had been queuing for an hour to buy a pass for the performance of Dominican Natti Natasha, told Efe that the return of concerts reflects that the country is “in full transformation,” which “is good for all Venezuelans.” However, she assured that she had to make a sacrifice to acquire the ticket.

«I had my savings, I had them for something else but I decided to invest them in this because I want to attend. After so much time of quarantine, of confinement, I think it’s a good time for relaxation, “she explained.

According to the president of the Datanalisis pollster, the economist Luis Vicente León, about 13.5% of the population, who have incomes of more than 500 dollars a month, can afford to go to concerts.

On the other hand, for 42% of the population, whose income ranges between 150 and 350 dollars -always according to Datanalisis-, it is not so easy to buy tickets and to do so they have to discount savings or borrow money from several members of their family, including to those abroad via remittances.

In the coming months, the country will also host concerts by the Mexicans Vicente Fernández and Cristian Castro, the Colombians Piso 21 and Fonseca and the Puerto Ricans Kany García and Cultura Profética, as well as the musical group Il Divo and a tribute to the French gypsy group Gipsy Kings .

Show producer Frederick Meléndez, president of AGTE Live – a company that organizes García and Cultura Profética concerts – assured Efe that in 2022 he saw in Venezuela an “interesting shore” for the arrival of shows due to dollarization.

The Venezuelan economy, after sinking by 75% since 2013, according to Datanalisis, began its recovery last year, thanks to the increase in oil production. Also the lifting of price and exchange controls. This 0allowed the adoption of the dollar as an escape from the loss of value of the bolivar due to hyperinflation.

“That we can charge in dollars and we can pay in dollars as well, and that everything is in the same currency, that helps us a little in having stability in our cost system,” said Meléndez.

In addition, to date, three festivals have been announced: one for Trap -with the American Carrión and Puerto Ricans Noriel and DJ Luian-, another with Venezuelan artists and groups, and the Caracas 2022 World Salsa Festival, announced for June 11 by Nicolas Maduro.

“They are fighting to come to Venezuela,” said the president on April 4, accompanied by Puerto Rican salsa singer Maelo Ruiz.

And while the concert agenda continues to add dates, public workers and pensioners continue to demand income above 30 dollars, the minimum recently set by the Government.

For the remaining 55.5% of the population, who have incomes below 150, a concert is not the priority.

International concerts return to a Venezuela still in crisis