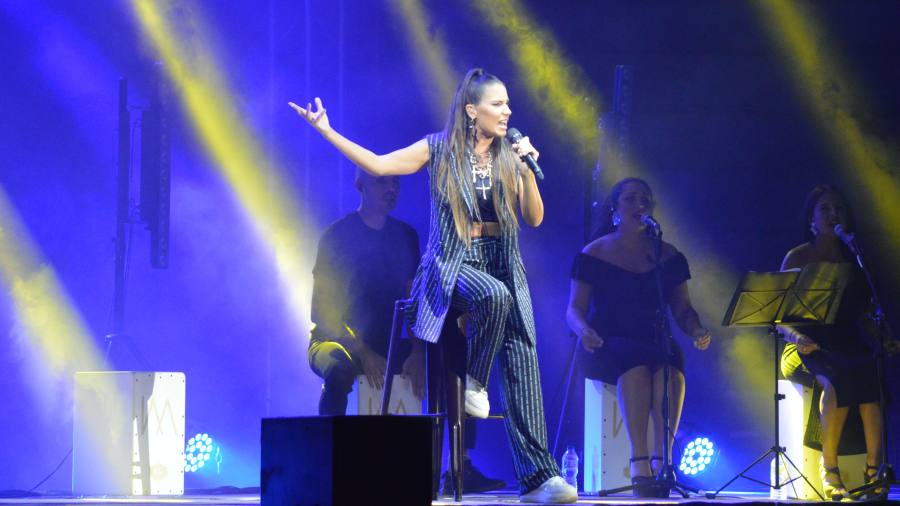 The Cordovan singer India Martinez has fallen in love with the public attending the concert offered on the night of Saturday, August 4, within the framework of the Concerts in Emblematic Spaces and Places organized by the Provincial Council, which has completed the allowed capacity of the Socuéllamos bullring that has congregated about 1,500 people.

This was the fourth of the twelve concerts programmed by the provincial institution that will tour different places in the province of Ciudad Real this year in a cultural initiative, promoted by the Provincial Council, which was born in 2016, originally under the name of “Concerts in the square ”, To enhance the historical heritage of the province. Initiative that in 2017 gave way to the “Concerts in nature”, to make visible the great natural wealth of our province, being in 2018 when this program is consolidated as “Concerts in Emblematic Places”, after a year, last, with a stop forced by the pandemic.

Since it was known that India Martínez would visit Socuéllamos, the concert generated great expectation, leaving the solidarity tickets online for the benefit of the Patricia Jiménez Foundation against Childhood Cancer, sold out in a few hours. Also the physicals put on sale in a first batch a few days ago in Socuéllamos as those of the same day of the concert.

Public that within the health regulations, has delivered to a singer who has overcome her health problems, as stated by the singer at the beginning of the concert. “The doctor has recommended rest, but I could not miss the appointment with Socuéllamos,” he said, after going to the hospital.

Before, “The Víboras”, a rock & roll and natural blues group from Ciudad Real, acted as opening act.