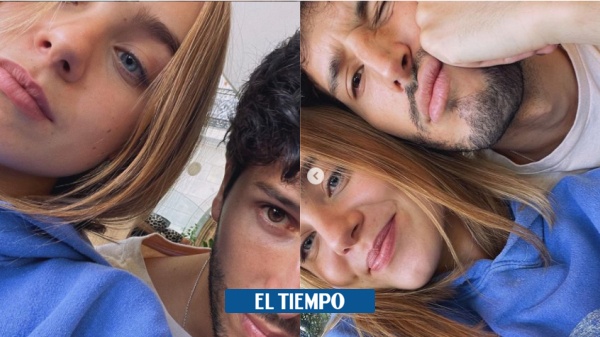 Last week, the renowned Colombian singer Sebastian Yatra He ‘turned on’ the networks when he published some photographs that left more than one with many assumptions.

(Read also: ‘The love of my life’: Daniella Álvarez on her relationship with Daniel Arenas).

Apparently, the singer would be starting a new romance after the break with the Argentine singer and actress Tini Stoessel.

(You may be interested in: Confirmed: Daniella Álvarez and Daniel Arenas are dating).

However, he left the suspicion that he is no longer single, because in the publication He is with a woman with whom he seems to share more than a friendship or work relationship.

And although the closeness of the two is evident in the portrait, what caught the attention of Internet users was the tender message that the singer left in the description: ‘My piece of sun’.

The woman who accompanies him in the photographs is Clara Galle.

(Keep reading: The kiss of ‘Epa Colombia’ and Lina Tejeiro, a ‘show’ that sells a lot).

Clara Galle is a actress, dancer, model and painter Spanish, who will make his film debut in the Netflix original film ‘Through My Window’, which will be released on February 4, 2022.

Most of his career, Galle has been dedicated to advertising, being part of ‘spots’ for different brands. As shown in their social networks, the actress likes reading, writing and photography.

The artist for her part also published the photos with Sebastián Yatra on her Instagram account, the difference is that she only put two emoticons: a seal and a yellow heart.

Yatra is in Spain for work reasons, he was recently invited by the singer Aitana to perform live ‘Corazón sin vida’ (2020) in one of their shows.

Some of his followers say that the publication with Clara Galle is a resounding confirmation of a new courtship, but, on the other hand, there are Internet users who say that Clara would only be the new model from a music video.

Lina Tejeiro: this is how the networks reacted to her birthday party

‘If I go to the final, let it be with anyone other than Frank’, Diego Camargo

Is the video of the arrest in Miami of Sebastián Yatra false?