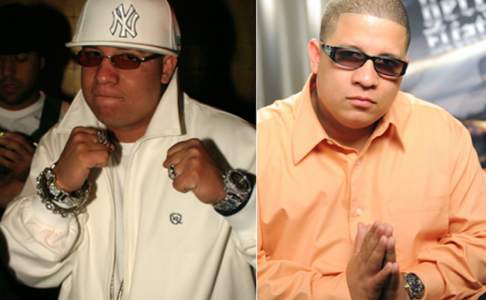 The Evangelical Pastor Hector Delgado, formerly known as reggaeton Héctor “El Father”, granted last June an interview to the Puerto Rican comedian Chente Ydrach, where he spoke of his incredible story of change to Christianity.

“That Héctor ´El Father´ who came to places and revolutionized people when he threw money, that one was going to end because he gave up everything. That was precisely one of my fears for which I did not convert, fame and power are addictive, I have many people who do not convert to Christ Jesus because they are tied to that and in my case I had to break from it to get closer to God, “acknowledged the well-known Christian singer.

The interviewer asked him How difficult was it to break that cold? I would imagine that there are two great pillars: in one is fame and power, in the other is joy, but without fame or power. Was that transitional stage tough?

What Hector Delgado He replied: “It was two or three years later that I began to understand that I had made the best decision of my life, I knew it, but God began to give me experiences so that I really understood that I had not been wrong. One of the most powerful experiences that I had it was in honduras, during a campaign in a city called Progress“.

“I remember that when we finished preaching we made a call and invited sick people to come and ask for miracles of healing. Among the people who stood in front were a child who was deafWe began to pray for him and when everything was over, his mother began to scream, I did not know that the child was deaf, “added the evangelist.

“At that moment I asked Ángel, my right hand in the ministry, what was happening, it was then that the boy’s mother explained that he was deaf and that from one moment to another he began to listen to what she was saying, that day there was a miracle, that day I said in my mind: I am where we all belong, “he expressed.

Delgado, 41, began to build his famous musical career in the 90’s as one of the members of the so-called “old school” of reggaeton, by participating with his then partner, Tito “El Bambino”, in productions such as ” No Fear 1 “,” The Legend “and” DJ Goldy 3 – The Melody “.

The duo continued to gain fame with several albums together such as “Musical Violence”, “Nuevo Milenio”, “Lo de before”, “A la reconquista”, “La Historia Live” and “Season Finale”, until both decided to take their solo racing.

The two artists published several productions on their own, with Delgado’s being some of the most accepted among urban audiences for their street content.

“Fame is like an addiction that begins little by little until you realize that you are already ‘hookeao’ (immersed) in that addiction. There are people who start their drug addiction with a marijuana cigarette, but then they continue to try other more strong, “he explained at the time.

“The problem is that when you become addicted to fame, you forget many times about your family and your happiness. I forgot my family, happiness and wanted fame, so I neglected what my salvation was,” Delgado said in recent statements, who in turn reflected on the fame in the song “Todo o nada”, belonging to his new album.

In the same way, he admitted that when he was a reggaeton singer he had two purposes when entering the recording studio: that the song hit and “acquire money and power for the prizes that the world offered me.”

The now pastor of the Maranatha church in Rio Grande (northeast of Puerto Rico) has three very different objectives: “that God be glorified through praise, reach out to the lives of others with my music and that those lives come closer to Jesus”.

Furthermore, Delgado was well known because in his presentations he threw thousands of dollars to the public and came to public places or shows with a group of young people from various public housing (social housing) who called himself “El combo de 70”.

After starring in a shooting in 2008, he retired from urban music and went on to earn at least $ 200,000 from appearances as a pastor and dedicate himself to being a “devotee of Jesus.”

He replaced reggaeton with praise

“We made it clear that when I saw Christ, all the old things changed and one was to remove that music (reggaeton) and replace it with praise. Now I am in the happiest and calmest stage of my life, first because I have my family , my children, my marriage and I have the certainty that by giving myself to Jesus, my name is written in the book of life, “he added.

According to Delgado, the title of the album, “La Hora Cero” refers to all the events that occur in the world and that have a biblical message, such as the covid-19 pandemic.

“The Bible shows that God would come to look for his Church and everything that the Bible says was going to happen, such as pandemics, the evil of many, so it is zero hour that people must make a decision,” he emphasized.

In his effort to carry the word of God, “El Father” is not alone and the album features the collaborations of Christian singers Jullyvan, Brenda Santaella and Judith Batista. As part of his mission as a pastor, Delgado has repeatedly gone to various prisons to take his preaching to the inmates.