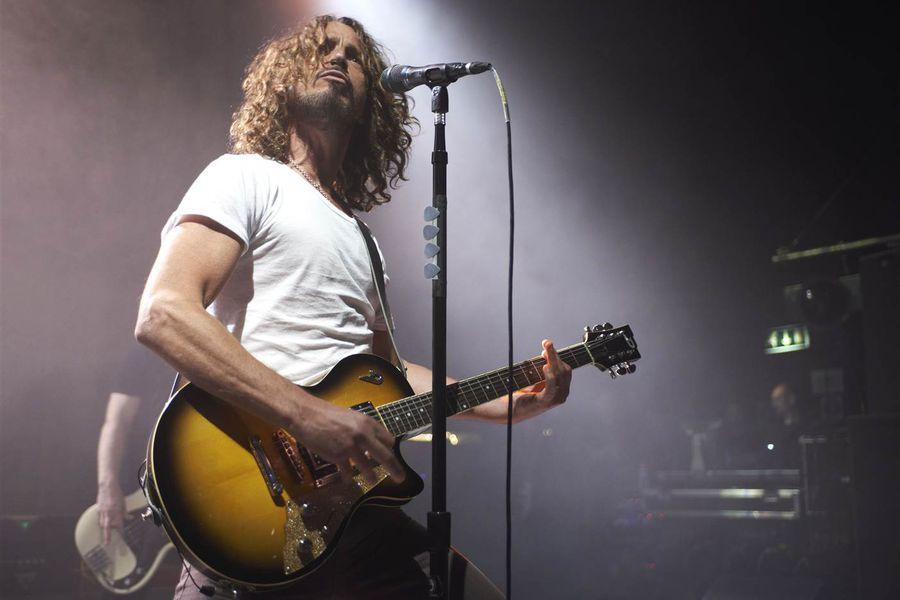 Those who were present at the Soundgarden concert on May 17, 2017 at the Fox Theater in Detroit, the last of Chris Cornell and only hours before his suicide in a hotel room in that city, say that the performance of the singer and guitarist during that night it was not like any other.

According to the chronicles that appeared that week, shortly after one of the greatest rock and popular music tragedies of this century, the artist – then 52 years old – behaved differently on stage that day, in front of the nearly 5,000 people who arrived at the venue to witness a show that started with Ugly truth Y Hunted down, two classics from the Seattle group’s early days, the one that crossed from the late 1980s to the grunge explosion of the early following decade.

“My first impression was that Chris was happier than I’d ever seen him before,” photographer Ken Settle, who has taken pictures of concerts on and around the Detroit music circuit since the 1970s, told People magazine.

“He had always been, especially in the early days, a somewhat haunting, more introspective singer, many times staring at his guitar most of the time with his hair in his face. In this show it was the opposite, ”he said.

A vision that reporter Ashley Zlatopolsky shared in her report for USA Today, although in her case her impressions were different, and what she saw that night was an artist who sent various signals during the concert that something was wrong.

“He often staggered back and forth across the stage and seemed weak in his movements. With only one or two songs, it was as if the energy had left his body, and what was left was the shell of a man struggling to do his job, “said the journalist.

“Not that the nearly two-hour show itself was bad, but it seemed like Cornell was not mentally present.”

According to Zlatopolsky, the singer’s behavior was downright erratic that night, slapping and punching each other. “He would forget words, sometimes in whole blocks, letting the crowd fill in the parts of the songs. Nobody complained, in fact, the audience of around 5000 people seemed to like the idea ”.

He added: “Cornell was visibly shaken at times. He left the stage for several minutes before playing Been away too long, prompting the band to start over and leave them playing instruments to fill the void. When he returned to the stage, he made a ‘move’ motion with his hand. ”According to the reporter, Cornell seemed annoyed, irritated and at times little connected with his teammates. “His voice was often delayed, not in sync with the music. Sometimes he stopped singing altogether and gave up for several seconds before catching up with his bandmates. “

At some point before encore, the concert took an even darker turn and the singer took the mic to throw out some loose ideas. “You can burn crosses on your lawn, I don’t give a shit. You can burn down your house. Who cares? Not me, as long as you don’t set someone else’s house on fire ”.

Where the stories do coincide is in the empathy and satisfaction that Cornell showed for being back singing live in the so-called “rock city”. He seemed genuinely glad to be there. “He said it with a lot of sincerity, that ‘I’ve been telling people how great Detroit’s rock crowd really is.’ He meant it, ”Settle recalled.

At that point the artist launched a phrase that was later interpreted as an omen: referring to the benefits of the Detroit audience, he added something like “I’m very sorry for the next city.” “He said the next city would not compare to the show they would put on in Detroit. In hindsight … it almost sounded like it wasn’t going to show up in the next town, ”Settle said.

An apparently innocuous phrase and part of the usual dynamics of this type of show, but for Zlatopolsky it hid something else. “It was the only moment on the show where he seemed really excited. He talked about Detroit Rock City, how the audience was unparalleled, what the band loved to play there. He recognized the crowd on the balcony and asked them to stand up. He also asked the crowd in front of the stage to cheer for those people. Then he said that ‘I feel bad for the next city’, Now that phrase has a much deeper and heartbreaking meaning. “

For the closing of the recital, after dispatching a couple of hits like Burden in my hand, Blow up the outside world Y Rusty cage, Soundgarden said goodbye with Slaves & Bulldozers, from his album Badmotorfinger (1991), which includes phrases that seem like a farewell, such as “All I have given is what I need” and “Every word I said is what I want to say.”

The sensation of an epitaph in life made more sense when they immediately performed a part of In my time of dying, by Led Zeppelin, with decisive ideas such as “When I die I don’t want anyone to be sad, all I want you to do is take my body home.”

Signs that anticipated what came only hours later, when Cornell was found hanged in his hotel room, during the early hours of May 18. The musician had already spoken publicly about his struggle with depression, isolation and suicidal thoughts that plagued him throughout his life, which according to him made him more introverted and anxious, especially during his last two years of life.

After his death, people began to talk more seriously about the mental health of great artists and even his brother, Peter Cornell, started a campaign to raise awareness about depression and suicide prevention.

That night in Detroit, at least, the signs were evident.