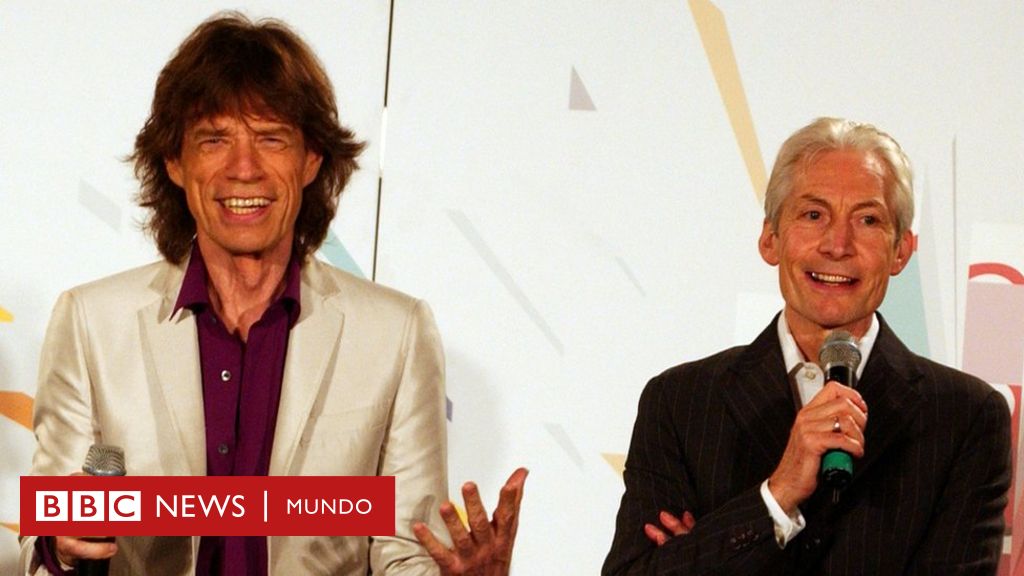 Charlie Watts, who died on Tuesday at the age of 80, was always characterized as one of the most laid-back members of the Rolling Stones.

The drummer of the British band always showed a more affable personality and tried to avoid being the center of attention of the group by giving few interviews.

However, more than 50 years of career with the group go a long way and there are hundreds of anecdotes that arose from this coexistence that now, on the occasion of his death, many remember again.

One of the most talked about was the fight, including a punch, that the quiet Watts got to hold with Mick Jagger himself And that shows that their relationship was marked by ups and downs.

The reason for the dispute? That the singer had referred to him as “my drummer.”

The incident was described in both “Life,” the autobiography of guitarist Keith Richards published in 2010; as in the book Under their thumb written by Bill German, editor of a Rolling Stones fanzine who followed the band closely for nearly two decades and garnered interviews and previously unreleased material.

According to the latter, the fight took place in Amsterdam in 1984, when Jagger was one of the most famous people in the world.

The group held a meeting in the Netherlands to discuss whether they should continue or separate.

“None of this should matter to you because you are just my drummer”Jagger told Watts according to German’s post.

Far from reacting at the time, Watts returned to his hotel room where they were staying. After pondering what had happened, he put on his shoes and went to Jagger’s room.

Once he opened the door for him, the drummer punched him directly in the jaw. “I am not your drummer, you are my damn singer,” he said.

Without further ado, Watts turned and walked calmly out of the room.

Keith Richards confirmed the punching episode in his autobiography, albeit with some differences in the story.

According to his account, he and Jagger returned to the Amsterdam hotel after a night out at 5:00 in the morning and the singer wanted then llamar a Watts.

According to Richards, 20 minutes later someone knocked on the door of the room he was in with Jagger. It was Charlie Watts, who, far from showing up in his pajamas at that hour, looked perfectly dressed in a suit, tie and perfume.

“I opened the door and he didn’t even look at me, he walked right past me, stood in front of Mick and said, ‘Never call me your drummer again.’ Then he grabbed him by the lapels of his jacket. and gave him a right hook “, Richards recounted.

According to the guitarist, his intervention was necessary so that the fight did not go over, and even 12 hours later, Watts was determined to hit him again.

Be that as it may, the relationship between singer and drummer was rebuilt and this was confirmed in numerous interviews decades after their famous fight.

“I guess age has softened us up a bit. Mick is a great person if you have a problem,” Watts told the British publication in 2012. The Daily Record.

“Are you sick of seeing Mick’s butt after all these years, “he was asked by a fan in 2015 in a question and answer session on Twitter, in reference to his position on stage with respect to the singer of the band.

“No. It’s one of the best views in the country,” Watts replied with a laugh.

This Tuesday, hours after the death of his partner was known, Jagger paid tribute to him through his Twitter account.

He did it with a simple publication without any text, and that only showed a photo of Watts before his drums and with a wide smile.

Remember that you can receive notifications from BBC Mundo. Downloadour app and activate them so you don’t miss our best content.