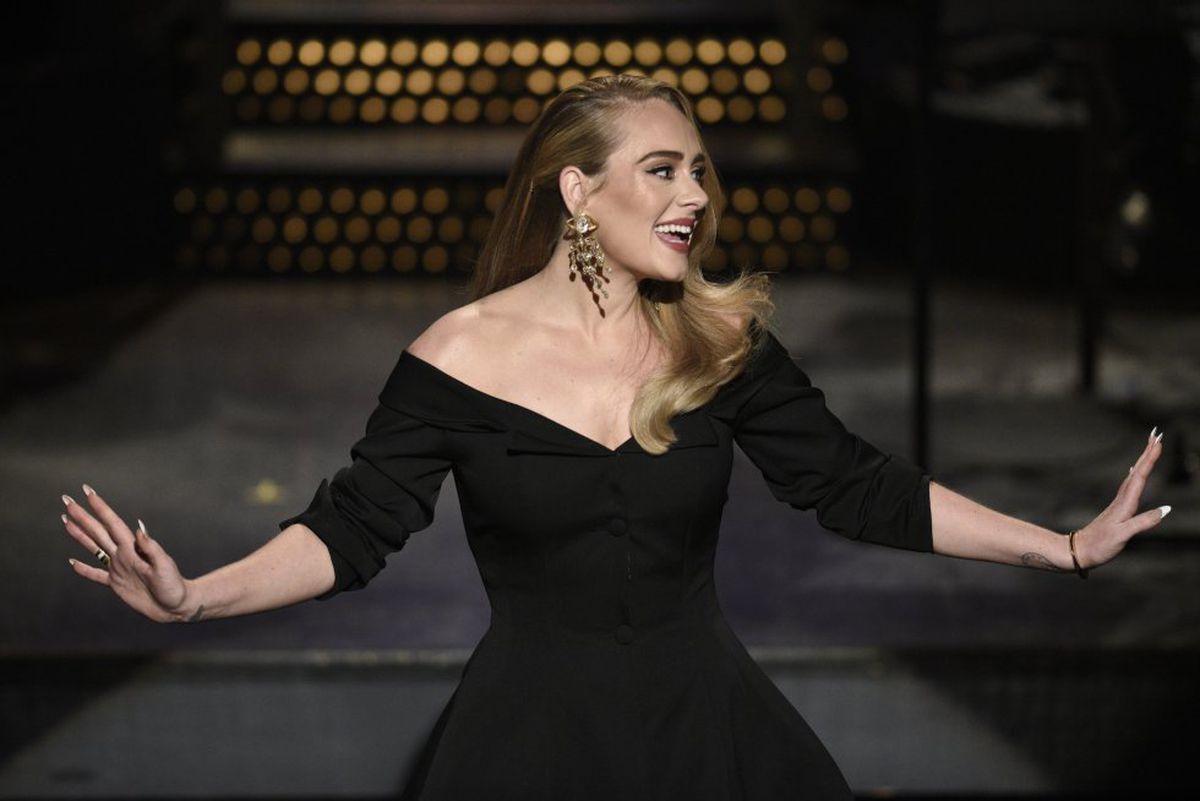 Surely Adele He hadn’t planned to talk about it when he thought about promoting his new album, 30, which was published last week. He knew that he had to reveal aspects of his divorce (some texts are about them), also that he would have to justify why he has included so many ballads, and even tell the type of diet he has done to lose so much weight. But it was not in the plans that the debate arose on how his album should be listened to. The conversation has become global with topics such as the importance of the order of the songs and the way in which the internet has imposed the trend of consumption of the single over the object.

Adele has achieved a minimal victory, and has changed something that has plagued both artists and music consumers for years: from now on, when playing a disc on Spotify, her songs will sound in the preset order and not in random mode, as was the case. up to now. In other words, the platform did not respect the structure that musicians chose for their albums, and the button play it automatically activated the random mode, being able to play, for example, the first song followed by the last.

As soon as the news broke, Adele celebrated on Sunday on her Twitter account: “This was the only request I had to make in our ever-changing industry. We don’t create albums with such care and thinking about the order of the songs at all. Our art tells a story and our stories must be heard as we intend ”. The artist thanked Spotify for listening to her request, to which they responded that they would do “anything” for her. However, the random mode can be re-enabled in the application options if preferred by default.

Adele’s claim opens a wide-ranging debate that even from within the industry creates some suspicion, lest she end up shooting herself in the foot. Is the current listener ready to listen to an hour (Adele’s album is 58 minutes long) of pop music without batting an eyelid? The strategies go in another direction. It is no longer disputed that the format of a single song, accompanied by a video, is optimal: they consider that obvious. What is now valued is how long a song must last so that the listener does not leave. Of the 50 most listened to in Spain, according to Spotify data, only six exceed four minutes. Most of them are less than three and a half minutes. Another fact: it is very common to leave a comment (positive or negative) of a premiere song on platforms such as YouTube when the song has only been playing for a minute: it can be easily checked because the time at which the message was written appears. Can’t we wait for the piece to finish, and even listen to it several times, to deliver our verdict? It seems not.

The Catalan Alizzz, one of the fashion producers of Spanish pop and inseparable from C. Tangana, reflected with this newspaper about it: “Things have to happen all the time. Technology has screwed up our heads and we are not able to attend if it is not with constant stimuli. Now it is more difficult to make a long song. For instance, Whole Lotta Love, the Led Zeppelin, which is a themeon, lasts more than five minutes. That type of ideas within what is the current popular music costs more than they work ”.

Some musicians go the other way. They dissociate themselves from the departments of marketing of the record companies. Mikel Izal, singer and songwriter of Izal, mind the purpose of your recent job, Home: “Our latest album deserves a full week’s listening. May there be 24 hours of life for each song. We know that this is a luxury for the current times and that it is going against what is demanded, but that is how we have conceived it ”. For musicians who bet on the long-playing album, the order of the songs is basic. Major schisms have developed among group members as they discussed these details. There is a whole emotional theory about the order of the pieces.

Fidel Moreno is a student of music and the author of books such as What are you singing to me? “Music goes hand in hand with technology; thus, with the arrival of streaming the song has been returned to the detriment of the album, which was the result of the invention of the microgroove and had its best expression in the sixties on records such as Sgt Pepper’sby the Beatles. We live immersed in a time of historical acceleration, overinformation and confusion. The distraction is so great that it is difficult for us to even listen to an entire song. And this affects both the ways of listening and the ways of creating popular music. The songs of a C. Tangana or Rosalía can have a very simple melodic line and harmonic structure, but very flowery and changing arrangements with the aim of capturing and retaining the listener’s attention ”. Regarding Adele’s case, he argues: “As much as Adele wants to impose listening to her liking, she is not going to be successful. The artist proposes his work, but it is the listener who makes it popular or not. She is within her right to claim the entire album, but if what we like is just one of her songs, are we going to have to put up with the rest? It does not make sense, it is an understandable but anachronistic reaction. It is not only that technology favors it, it is that the isolated listening of songs and in random mode is typical of our time. Whether we like it or not ”.

The artists’ relationship with the platforms where their music is listened to has not been placid. Many groups have complained that the income they receive is meager. There have been riots like the one starring Radiohead’s Thom Yorke, who withdrew the music from his side group, Atoms For Peace, in protest at low pay. Powerful bands like Metallica threatened to quit the app. The Swedish company has been modifying its strategy to maintain its immense catalog without upsetting the stars more than it should.

The launch of 30 It has been one more triumph on Adele’s list: she has cast 7 of the 12 songs on her album among the 20 most listened to on Spotify, being the most played globally Easy On Me, the simple presentation; the disc has been the most pre-bought in the history of Apple Music, according to the company; His interview with Oprah Winfrey was followed by more than 10 million viewers in the United States, and RTVE has acquired the rights to broadcast it this Saturday 27 on La 1.

Now Adele has opened a melon that affects the concept of art and its connection with the recipient. In such a controlled ecosystem, it may be necessary to claim Spotify in a few weeks a fact that is now beginning to interest: how many of Adele’s followers have been able to listen 30 whole.

If we only like one song on Adele’s new album, do we have to listen to it in full?