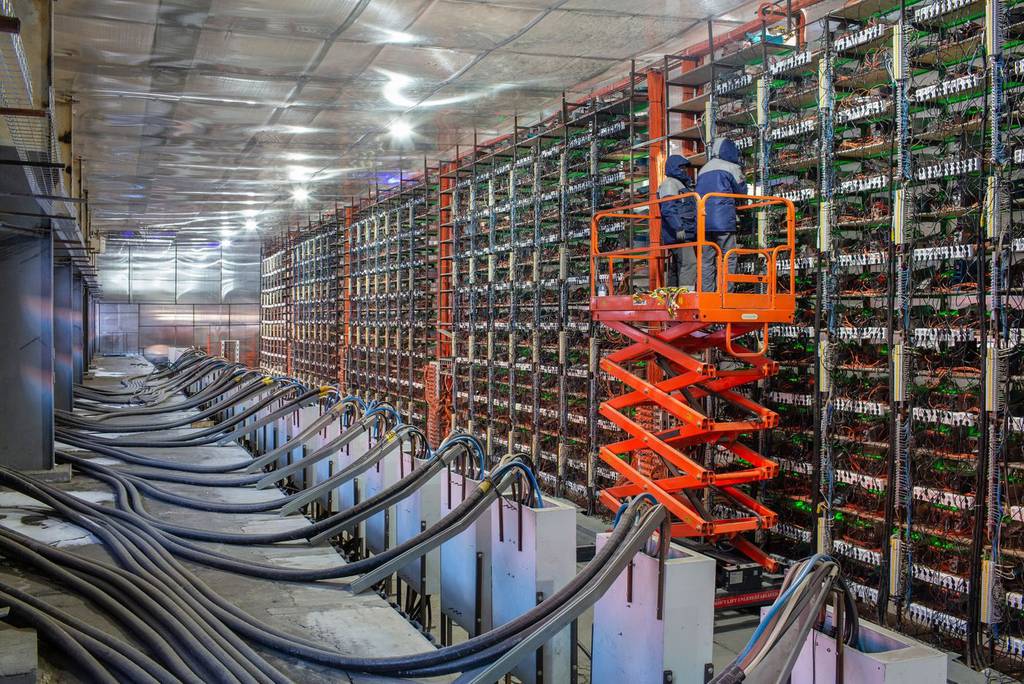 Bloomberg Opinion – To get a glimpse of the future of the crypto world, I keep trying different analytics tools. On this occasion, the concept of relevance is the targeting, that is, the part of the system to which consumers direct their attention. Targeting could determine whether cryptocurrencies usher in an era of dystopian inequality or whether most of its benefits fall on society at large.

This all sounds pretty abstract, so let’s consider a simple example from the world of music. Famous artists like the Beatles or Taylor Swift attract attention with their own names, that is, they have become the focus of attention. There are also performance venues or bars known for offering great music, such as the Blue Note or, in an earlier era, the Fillmore. In this case, the venue is the center of attention.

So the question is this: When people frequent cryptocurrency institutions, will they give importance to the “innovator” or the “middleman”? Or, to continue with the analogy with the music industry, the artist or the venue.

One scenario is that ordinary Americans will simply find the crypto world too confusing to deal with directly. Instead of choosing their favorite crypto assets, DeFi Investments and NFT providers will outsource their decisions to well-known intermediaries. Imagine entering into a crypto contract with a company with which you have an established relationship, such as a social media company, your bank, or perhaps your union. The intermediary would deliver a “crypto package”, adapted to the needs of a wide range of clients.

A significant part of the world of cryptocurrencies would be relatively centralized. These main intermediaries would enjoy economies of scale, due to their reputation and their ability to exploit the effects of the network. They would likely offer well-established, lower-risk products.

Consumers would be better off, but the world of crypto would be boring. Many of your advantages would be captured by these well-capitalized intermediaries. Furthermore, censorship issues would arise again, because these reputation-conscious intermediaries will not want to offer all possible crypto products. They might not give access to a crypto-reformed version of Twitter, for example, where tweets are recorded on the blockchain and those who post cannot be censored.

Another very different scenario: Users focus their attention on the crypto assets themselves, such as bitcoin, ether or dogecoin. That kind of user focus would mean that a lot of the gains from crypto assets accrue to the earliest holders of the assets. Intermediaries (for example, Coinbase) can make a profit, but the true value of the brand would be the cryptoasset itself.

Much of today’s crypto world looks like this, although it may not last as the crypto world expands in applications and usage. If you are long In current crypto assets, you may be waiting for this type of scenario to spread, because those assets will accumulate much of the value from increased demand for crypto.

Yet another scenario: What if consumer attention was focused on crypto innovators, who in this case would be analogous to the more well-known musical artists? One person might think “I like the DeFi options on Uniswap”, while another might say “I’m going to use the prediction markets on Hedgehog”. In this scenario, there is relatively little intermediation and strong competition for consumer attention. Therefore, most of the profits from the competition fall on users.

Customers would use or own or invest in crypto in various ways, just like they listen to music on LPs, CDs, MP3s, and streaming services. And in the same way that people share their playlists, users could issue their own tokens (coins) if they wish, or serve as their own banks in the sense of making their own lending decisions and executing them autonomously.

I don’t know if people are up for all this work (or is it fun?). But, in my opinion, this is the best possible scenario, and the most ambitious from a technological point of view. Interestingly, the radical disintermediation capacity of cryptocurrencies, if extended to its logical conclusion, could provoke a radical equalization of power that would drive down the prices and values ​​of currently well-established crypto assets, companies and platforms.

So you can be bullish in the future of cryptocurrencies without being bullish in their current prices. To make a simple analogy, Spotify and YouTube have vastly expanded the reach of music, but overall the price of recorded music has dropped, with many artists earning far less than their peers in the LP era. Or consider the agricultural sector, broadly defined: it has done very well in recent centuries, but food prices have fallen rather than risen, due to increased production and increased competition.

One of the conclusions is that to know where the world is going, sociology is as important as economics. Cryptocurrencies will continue to surprise because people see them not only as a way to make money, but as a way to give meaning to their lives.

This note does not necessarily reflect the opinion of the editorial board or of Bloomberg LP and its owners.

How the Crypto World Could Be Similar to the Music Industry