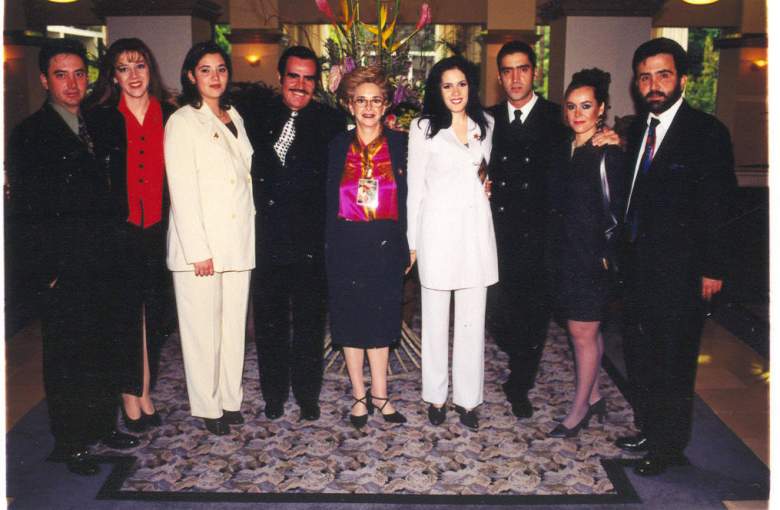 The Fernández Family completed in 1995 during the unveiling of Vicente Fernández’s Star in LA (from left to right): Gerardo and his wife, Adriana, Chente’s daughter (the only one), Don Vicente Sr., his wife Doña Cuquita , America (Alejandro’s wife), Alejandro, Vicente Jr.’s wife and Vicente Jr./Los Angeles, 1995.

Fernández and Villaseñor are also parents of an adopted daughter, her name is Alejandra Fernandez, who has always kept completely away from public life.

The death of ‘King of Ranchera Music’ was confirmed by their relatives through a brief, but heartfelt press release on the platform of Instagram.

“Rest in Peace Mr. Vicente Fernández. We regret to inform you of his death on Sunday, December 12 at 6:15 am. It was an honor and a great pride to share with everyone a great musical career and to give everything for his audience. Thank you for continuing to applaud, thank you for continuing to sing ”, mentioned the Fernández family in a sense communicated on the social network of Instagram.

Born on April 24, 1971, Alejandro Fernandez He is one of the most famous sons of the great Vicente Fernández. Like his father, “El Potrillo” is a prominent ranchera music singer who has stolen the love, respect and admiration of thousands of Latinos around the world.

Before retiring from the stage, Vicente Fernández and Alejandro Fernández surprised thousands of fans with surprising appearances together in important arenas around the world.

Following his retirement from the stage, Alejandro continued his father’s musical legacy and has honored the Fernández surname with a career full of great successes.

Like his brother Alejandro Fernández, Vicente Fernández Jr. is a Mexican music singer and accompanied his famous father on several of his musical tours through Mexico, Central America, South America and the United States.

The eldest son of the “Idol of Mexico” He made his first musical presentations on imposing stages such as the Whitey Theater in Mexico City and the Million Dollar in Los Angeles, California.

Vicente Fernández Jr. He made cameos in two important audiovisual projects of his father: “Tacos al Carbon”, Vicente Fernández’s debut film in 1971 and in “One and a half against the world” in 1972.

Fernández Jr. has also ventured into the world of politics in his native Mexico.

Gerardo Fernández is the youngest son of Vicente Fernández. Unlike his brothers Alejandro and Vicente Fernández Jr. who followed in the footsteps of “Don Chente”, Gerardo is a prominent businessman in his native Mexico.

The youngest son of “Charro de Huentitán” is outside the entertainment industry and has always chosen to keep a very low profile.

According to information reported by the newspaper El Universal de México, Gerardo Fernández’s greatest public exposure was in 2011, the year in which he opted for a political position as a Deputy, but the results did not favor him at that time.

In the professional scope, Gerardo Fernandez He often raises Thoroughbred horses in Mexico, an affinity he shared with his famed father.

Although she is not the biological daughter of Vicente Fernández and María del Refugio Abarca Villaseñor, Alejandra Fernández is the only woman of the Fernández dynasty.

Like her brother Gerardo Fernández, Alejandra Fernández maintains a very low profile and little is known about her. Both Alejandra and Gerardo do not have social networks and on several occasions they have escaped from the media in Mexico.

The web portal Show News reported that Alejandra Fernández was born from the womb of a sister of Vicente Fernández’s wife, but the couple took care of her since she was a baby, and managed everything necessary to adopt her at an early age. 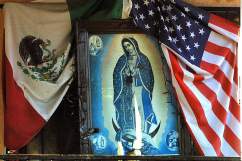 How many children did Vicente Fernández have?