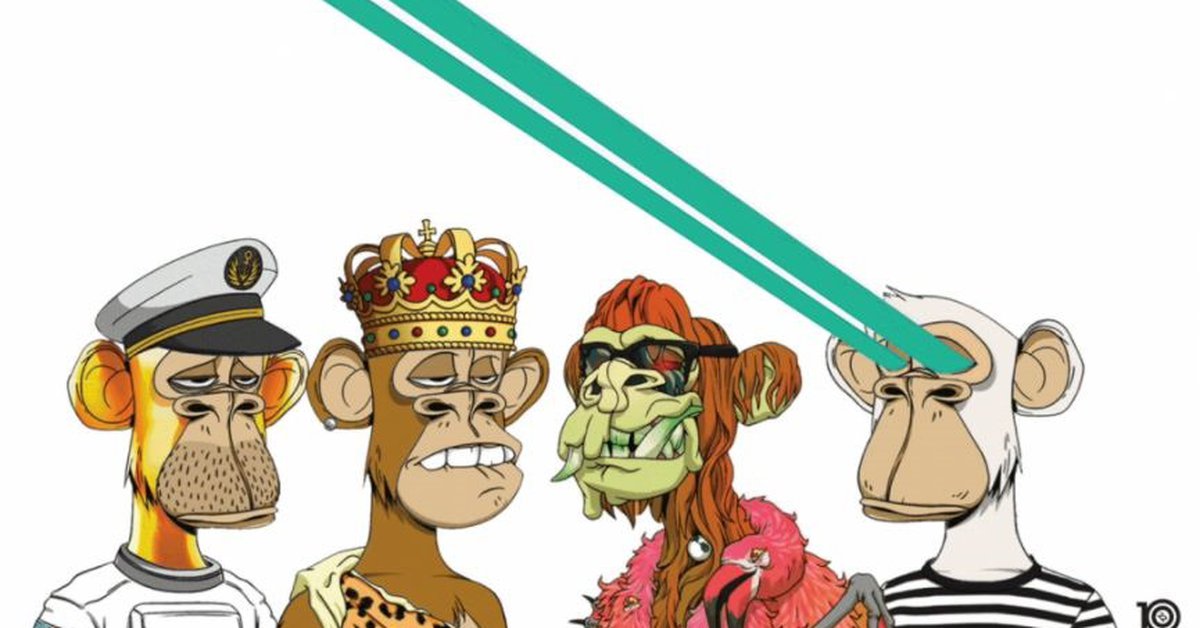 A new virtual band has just signed for Universal Music Group, one of the largest record companies in the world. The group, which looks like a ‘software update’ to the iconic Gorillaz, is made up of four characters from the Yacht Bored Ape Club, one of the most successful non-fungible token (NFT) projects of all time.

The group is called KINGSHIP and is made up of four digital characters: three “boring apes” and one “mutant ape.” They are all non-fungible tokens (NFTs) that belong to Jimmy McNeils, an investor and NFT collector known online as ‘j1mmy.eth.’

McNeils called the news “An outstanding example of how powerful commercial rights are for collectible NFT projects and their collectors.”

The signing of KINGSHIP was made through 10:22 PM, a subsidiary label of the Universal Music Group that focuses on the commercialization of music through new technologies

Celine Joshua, is the founder of 10:22 PM and was responsible for conceiving the new virtual group, designing the historic first exclusive agreement to create a musical group for the metaverse.

With KINGSHIP, 10:22 PM will guide the group in the development and release of new music in NFT format, as well as community-based products, activations and experiences in the metaverse, and will start a new generation of artists, fans and participation. of the community. Its Bored Ape and Mutant owners will also have early access to all of KINGSHIP’s NFTs, experiences, and narrative selection.

“The creation of KINGSHIP has been incredibly fun and imaginative, each member of the group has their own story and personality that influences and contributes to the overall narrative of KINGSHIP. Through music and events throughout the metaverse, we will bring the characters of KINGSHIP to life, building communities and utilities, and entertaining audiences around the world. “Celine Joshua explained in a statement.

The goal with this ambitious project is to exploit the new opportunities offered by the “new generation Internet” (Web3), in which “blockchain” and augmented reality technologies converge.

“You will see characters and personalities that will adopt three-dimensional forms. It will be similar to how Marvel perceives its characters and tells their stories. Before hearing a single note from them, you will know what they eat for breakfast “Joshua added.

This project not only involves the production of music, which is not yet known by who will be in charge, but also the organization of concerts, the launch of marketing campaigns and the creation of other types of NFT derived from the virtual band. All of this content will be available in the metaverse.

McNeils is in charge of equipping KINGSHIP’s virtual monkeys, which already have a thriving digital ecosystem to grow in popularity, The Bored Ape Yacht Club, which minted 10,000 unique NFTs in April 2021, giving NFT collectors 100 percent monetization rights to the characters.

KINGSHIP monkeys are part of the Yate Bored Ape Club NFT community, one of the largest non-fungible tokens on the internet.

What we know so far is that the four monkeys are part of this community and that they are owned by McNiels, that 10:22 PM will be working on “the sound” and artistic “history” of each of them and that Nick Adler , who has managed artists such as Snoop Dog, will be his manager.

“What happens next is what happens with most of these projects where we publish a roadmap and the plan is to create these people in real time.” Adler told Input Magazine.

“Very soon you will learn the names of these apes, what makes each individual special, what their own musical tastes are, what instruments they play, what their goals and intentions are. Eventually, you might see one of these apes become the face of a haute couture brand on a billboard on Sunset Boulevard. “ added.

Tango Adler and Joshua affirmed that the comparison with Gorillaz was to be expected and considered it an honor, since they had “laid the foundations” for the future of virtual bands.

Gorillaz was a band conceived in 1998 by Damon Albarn, one of the leaders of the successful English band Blur, and Jamie Hewlett, a British cartoonist and designer who was in charge of creating the characters of the group, which saw the light in the year 2000 with the release of his first album Gorillaz.

Gorillaz was the first virtual band to be successful and is made up of fictional characters named 2-D, Noodle, Murdoc Niccals and Russel Hobbs.

The group, which is still in business, was a resounding success and its innovative concept captured the attention of an audience eager to know every detail of the life of 2-D, Noodle, Murdoc Niccals y Russel Hobbs, the fictional characters that make up the band, star in all their videos and even, thanks to the use of holograms and giant video screens, they appear in live shows.

This concept will now be taken to another level with KINGSHIP, or at least that is Universal Music Group’s commitment to the future of the music industry.

“Paradiso”, by Cuban Lezama Lima, the first NFT book to be published in Spain
The NFT of the forecast of Argentina’s most controversial financial influencer was auctioned: how much they paid
Portaltic.-Neopets launches to the NFT with a collection of more than 20,000 characters

How is Kingship, the first virtual musical band for the metaverse composed of four NFT monkeys