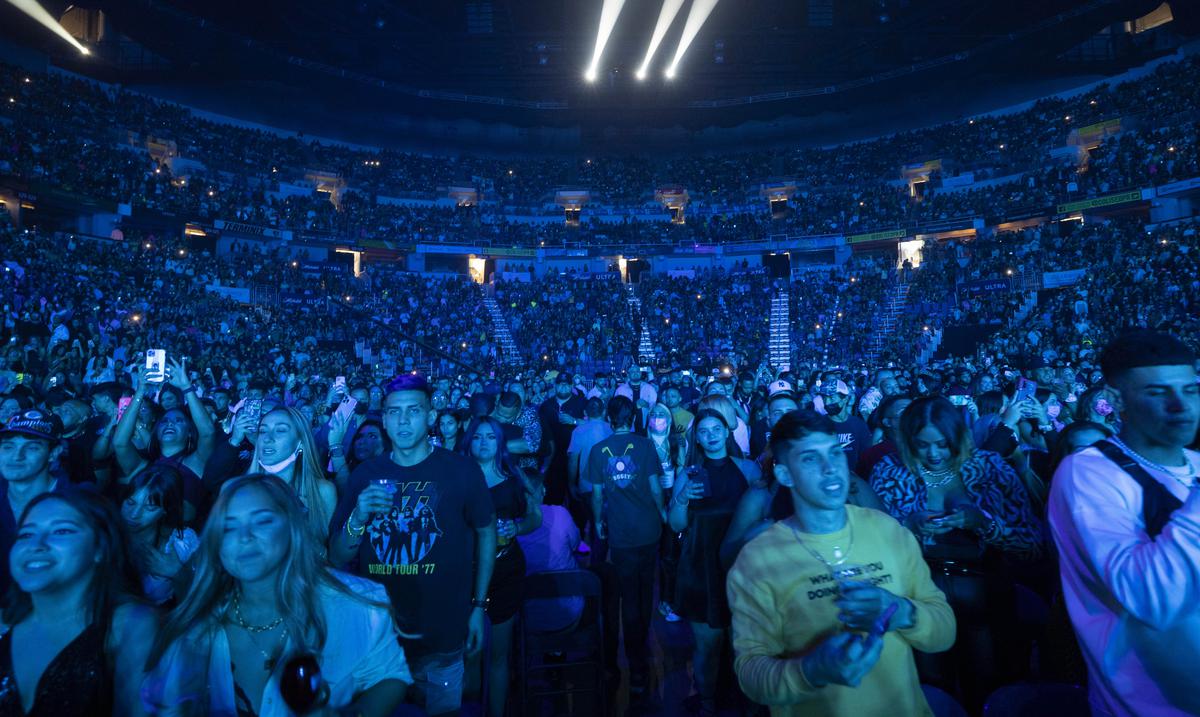 The positivity rate in tests COVID-19 in Puerto Rico it reached 13% this Monday, according to the Department of Health, which may impact the productions of events already scheduled for this week and the end of the year. Meanwhile, the new executive order signed yesterday, Sunday, by Governor Pedro Pierluisi requires that everyone attending a mass activity in closed or open spaces that encourages the crowding of people must present a negative coronavirus test, in addition to their evidence of vaccination, in order to stop the rebound in COVID-19 infections. This, in addition to your vaccination evidence.

Given this measure that will come into effect on Wednesday, December 22, The newly elected president of the College of Public Show Producers, Mr. Roberto Sueiro, expressed that the producers need the help of the government because there are laboratories that are taking more than 48 hours to give the results due to the high demand they have.

“The orders of the government that it is imposing, because for all ends or purposes they pursue a common good and there are no doubts about it, but there are some gray areas in which certain producers are going to be affected, so we need the collaboration of the government. . This, particularly for the concerts that are scheduled for next Sunday, December 26, who must take the exam on December 24, because the 25 is a holiday. We need help from the government because there are laboratories that are taking more than 48 hours to give the results, ”said Sueiro.

One of the concerts that will take place on December 26 is that of the singer-songwriter and musician Andres Jimenez, with “Vuelve el Jíbaro a Cantar” at the Centro de Bellas Artes de Caguas at 5:00 pm It also has a second function on Sunday, January 2, for which the same logistics issue related to the requirement would be repeated. of laboratory tests, when dealing with holidays.

“If a person who already has his ticket for the event, who takes the exam on December 24 to comply with the 48 hours, if that same day he does not receive the result that is Christmas Eve, practically nobody would be able to go to the concert. We have to find a solution to these problems that are not generalized, but that are going to affect some producers disproportionately and we need the government to help us in this and take us by the hand ”, added the president.

As a remedy, Sueiro suggests that the government can provide such tests with immediate access for those people who have bought their tickets, since their results are taking only several hours.

“One option would be for the Health Department to be able to do tests near the places where the event is scheduled, for example. I’m here thinking, put one of those tents in the same place, where the event is going to be, about 48 hours before and you can do the test to those people who show the ticket or proof of purchase to the event, “he brought to attention.

Another option suggested by Sueiro is that if there are events within the holidays, an exception be made and the 48-hour period required in the new executive order be extended.

“If not, for some people this is basically a ban on the event, nefarious. If they are private laboratories, it is basically the only alternative that a person who goes to a mass event has, it is basically a ban on the event, disastrous. We need help from the government to help the events industry and continue to move the market “said Sueiro while pointing out that it is still too early to make any predictions about what the first quarter of 2022 will be like in terms of events and shows, since everything will depend on the positivity index of the SARS-CoV-2 . “If the positivity index is too high, then it will be necessary to stick to what the government decides to do at that time.”

The months of January and February bring with them many shows in the Coliseum of Puerto Rico José Miguel Agrelot. Given this, Jorge Pérez, general manager of ASM Global, a company that manages the Convention Center, Coca-Cola Music Hall and the Coliseum of Puerto Rico, emphasized the safe way in which mass events are carried out, in which –according to a report- no outbreaks have been registered.

With the additional requirement of the negative test, he expressed that he supports the government’s decision at times when there is an increase in cases in order to thereby give confidence to the public that is going to go to the next events. However, he accepted that it may harm public participation.

“We are concerned about the capacity of the laboratories to be able to provide this service. For example, at the beginning of January we have five concerts of urban singers Jowell and Randy which are “sold outs”. In a period of five nights we are talking about over 60 thousand people who are going to be going. We are in communication with the Health Department to see if they put some stations in front of the Coliseum to give them the service of doing the tests with quick results. It is a conversation that we still have pending. That can be an element that affects, as well as the cost of the tests, which would be an additional cost, “said Pérez, who says he is in time to establish strategies in favor of the public for future presentations such as that of the singers. Tommy Torres, Myke Towers, Kany García Y Farruko.

In the same way, Pérez reiterated that they will continue working and doing everything possible not to close the entertainment industry, which employs over 30 thousand heads of families, who had almost 18 months without sustenance or income. “We were the first industry to close and the last to open. We want to do everything in our power to pass this stage where cases have increased, “he added.

The end of the year parties are still on

The new executive order also totally changes the logistics of all the events that are planned for the end of the year celebration, such as the great welcome of 2022 that will take place for the first time since Convention District.

This morning, the executive director of the Convention District Authority, Mariela Vallines, assured El Nuevo Día that the end of the year event called “Puerto Rico for the world” continues, as well as the transmission of the special “Dick Clark’s New Year’s Rockin ‘Eve” on the ABC network, from the center of entertainment district T-Mobile.

This event will continue to be directed at the same number of 10,000 people, but the area has been expanded to allow greater distance between attendees, who must wear a mask at all times. It will have three entries and at the first check point, attendees will have to show evidence of vaccines and a negative test, carried out in a period of 48 hours.

To achieve this and benefit the public, Betsy Rivera, public relations officer for the Convention Center District, reported that On December 30, in conjunction with the Department of Health, they will conduct COVID-19 tests in the Hiram Bithorn Stadium.

Another place that has attracted attention is the Fairmont El San Juan Hotel, for the five official New Year’s Eve parties in its different spaces, such as The Lobby, Grand Ballroom, Tropicoro Theater and El San Juan Beach Club. where each one will have exclusive performances by renowned artists. This, without neglecting the gastronomic variety in its restaurants Caña by Juliana González, Meat Market San Juan, Il Sole and Riva.

“Under our ALLSAFE seal global cleanliness and prevention standards, we focus on the well-being of our guests and guests so they can enjoy a safe environment. At the same time, Fairmont El San Juan Hotel is monitoring the measures stipulated by the most recent executive orders, to implement them in the facilities, as well as in the end-of-year events, “he said today Kelley Cosgrove, General Manager of the Fairmont El San Juan Hotel.

The Tropicoro Theater will have the presence of the salsa singer Gilbertito Santa Rosa, while the San Juan Beach Club, an area around the pool next to the beach, guests will be able to enjoy the trio that arrives direct from Los Angeles, Cheat Codes, as well as DJ Sam Blacky, Damaged Goods and DJ Salina. The Spanish rock band La Secta and the reggaeton player Yomo will perform in the Grand Ballroom. In The Lobby you will have dance music by Tropicalia and DJ Gandhi.