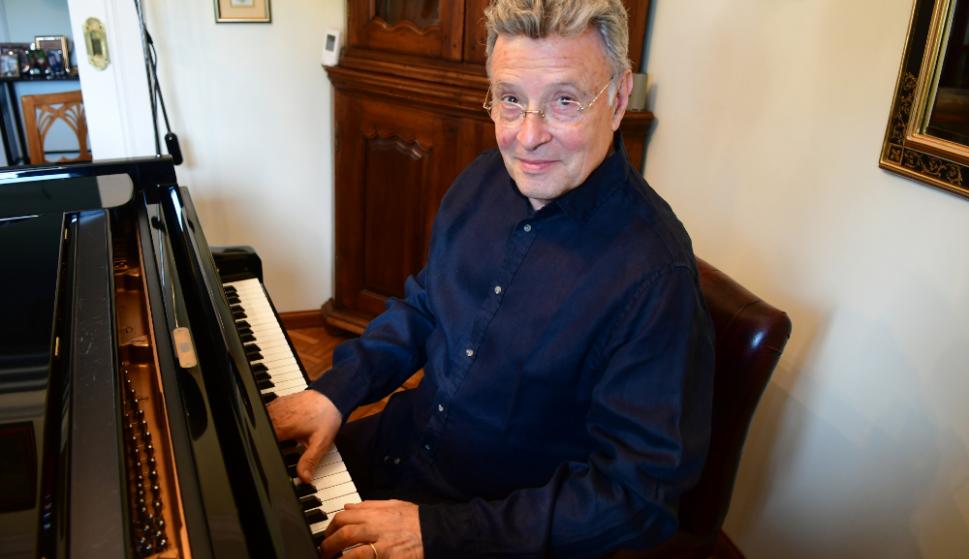 On Tuesday, at 8:00 p.m., the Montevideo Symphonic Band joins the celebration for the 60th anniversary of the teacher’s career Homero Francesch.

The famous Uruguayan pianist will perform in the main room of the Solís Theater to perform the “Piano Concerto No. 1” by Sergei Prokofiev, as well as a selection from the ballet Romeo and Juliet and the “American Overture”, also by Prokofiev.

Tickets are on sale at Tickantel and at the Solís box office, at 250 pesos.

In a talk with El País, the pianist says that the first time he faced Prokofiev, “a composer who defines Russian music of the 19th and 20th centuries,” he says, it was through the sonatas that he met when he was a young student. in Europe.

This concert is a difficult work that he has performed many times, and he assures that it was his decision to do this program, because I can still do it.

“You have to do the things you can, and this concert I can do it,” he says. “It is very demanding, there is no rest and everyone ends up exhausted, because it is like a race. In addition, you have to be very awake because it requires a lot of muscular reflex in the jumps that have to be done between the notes ”.

Francesch was a boy who liked pianos more than anything else. “The toy pianos caused a lot of attention on me, more than a meccano or something else. It will be because of the sound, because I am a person who has been captivated by sound all my life, ”he says.

In addition to a musical sensitivity, Francesch affirms that it was his father who had the vision of taking him to study with a teacher like Santiago Baranda Reyes.

“For me that was decisive, because everything that followed was development, but nothing had to be changed in the hands. They were well set. I think that was something very important to avoid delays, ”he says.

He also understands that the lack of a competitive education in our country made his first years abroad very demanding.

Thus, when Francesch arrived in Europe, barely 20 years old to study in Germany, he realized that he had to make up time.

“I am very ambitious from the point of improvement, not from the economic point of view but I would have been much better in my life. That ambition was to improve myself, and I didn’t give up and worked with the piano for eight or 10 hours a day. So it was for about four or five years. It was the moment to do it ”, says Francesch, who has performed on the biggest stages in the world and with the most recognized orchestras on the planet.

“I was educated without mistakes, but with all the tranquility that is experienced here, which is not a competitive country. There are competitive people, but our society is not. If you go to South Korea, eight-year-old children already have eight hours of piano work a day, ”he says.

For Francesch, this is a lack of our country, since in Europe or Asia, as a child has the conditions to be a musician, they begin to train it.

One of Francesch’s concerns is to demolish the myth that classical music is for an elite. “It is not elitist, it is a myth that was created, because before it was not talked about. Furthermore, in other countries there are concerts for thousands of people where Beethoven symphonies or Brahms concerts are performed ”.

Also in our country there was more offer of classical music. “There was a subscription cycle at the Sodre with concerts that were repeated on Saturdays and Sundays with a full hall, there was Y the Philharmonic Orchestra that had its concerts. And let’s not forget a Summer Theater where now only one carnival season is seen, but which knew how to have a season of Sodre opera “, he adds.

“The Carnival has to exist. I remember that in February we all went to the stage, which was much more beautiful than going to Ramón Collazo. So don’t say I don’t like that music, because I do like murgas ”, he adds.