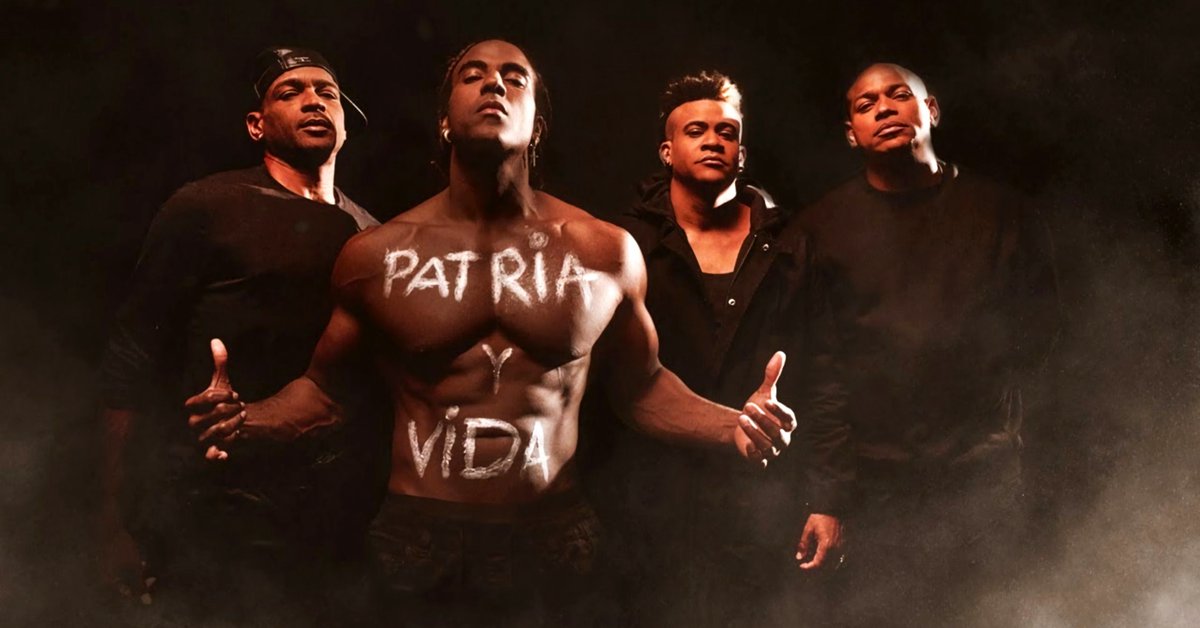 
Singer Yotuel Romero and his wife, also a performer Beatriz Luengo, have partnered with a production company to make a feature-length documentary about the song Homeland and life, which will bear the same name as this issue that has become an anthem of the opposition inside and outside of Cuba.

According to a statement released on Tuesday, the documentary will explore how the subject, which in the recent edition of the Latin Grammy Awards won the song of the year award, “Unleashed a movement that the Cuban government has tried to suppress”, and exemplifies how “Music has been a catalyst for change throughout modern history.”

With lyrics and a chorus full of direct criticism of the Cuban regime and messages of support for the San Isidro Movement of young artists, Homeland and life translates into words and music the feelings of many Cubans tired of hardships, lack of freedom and having the “trampled dignity“, what’s the song say.

“When we see the impact our song has had on the Cuban people and around the world, we feel privileged to be able to use our platform to tell the story of Cuba and give a voice to a community that is so often oppressed”Luengo and Romero, who were some of the song’s composers, said in a statement.

The song, which turns the slogan of the Cuban revolution “Homeland or death”, It has become the anthem of those who demand changes in Cuba and has accompanied the protests that emerged this year on the island, strongly repressed by the Cuban authorities.

Produced by Asiel Babastro, Homeland and life is interpreted by Yotuel Romero, Descember Bueno, Alexander Delgado and Randy Malcom, who form Gente de Zona, and the rappers “El Funky” and “El Osorbo”, this last prisoner in a jail in Cuba since last May.

On November 18 in Las Vegas (USA) also received the urban song award of 2021 and when they went on stage at the Latin Grammy, their interpreters said that it is an award for the Cuban people and their fight for freedom.

“We are particularly excited to team up with Bea and Yotuel to produce a documentary on the enormous power of their song to incite activism and protest against the terrible living conditions and restrictive policies of Cuba and the Government responsible for theseDaniel Eilemberg, president of content at Exile Content Studio, producer of the documentary, said in a statement.

Photo courtesy of Feinberg PR showing a large mural with the motto “Homeland and Life” on the facade of the Graffiti Museum, in the heart of the Wynwood Art District, the busiest area in Miami, Florida (Photo: EFE)

This announcement comes after Yotuel Romero and Beatriz Luengo offered the two Latin Grammy won last Sunday to the Virgin of Charity of Copper, in the hermitage dedicated to the patron saint of Cuba in Miami (USA).

As can be seen in the videos recorded by the faithful, the singer and his wife, dressed entirely in white and accompanied by their youngest daughter, put both small sculptures in the form of a gramophone representing the Latin Grammy Awards on a small table next to the altar that was adorned with the Cuban flag.

After that, the faithful, who chanted the words “homeland” and “life”, and the priests who officiated the mass began in applause.

The Latin Grammys awarded “Patria y vida”, the anthem of dissident protests in Cuba
The list of the 71 detained by the Cuban dictatorship to thwart the dissident march of 15N
They launched a petition to demand the freedom of Cuban rapper Maykel Osorbo
Yunior García, leader of the protests against Díaz-Canel: “In Cuba there is a dictatorship, a brutal tyranny, as has rarely been seen”

“Homeland and life”: the anthem of the protests in Cuba will have its own documentary