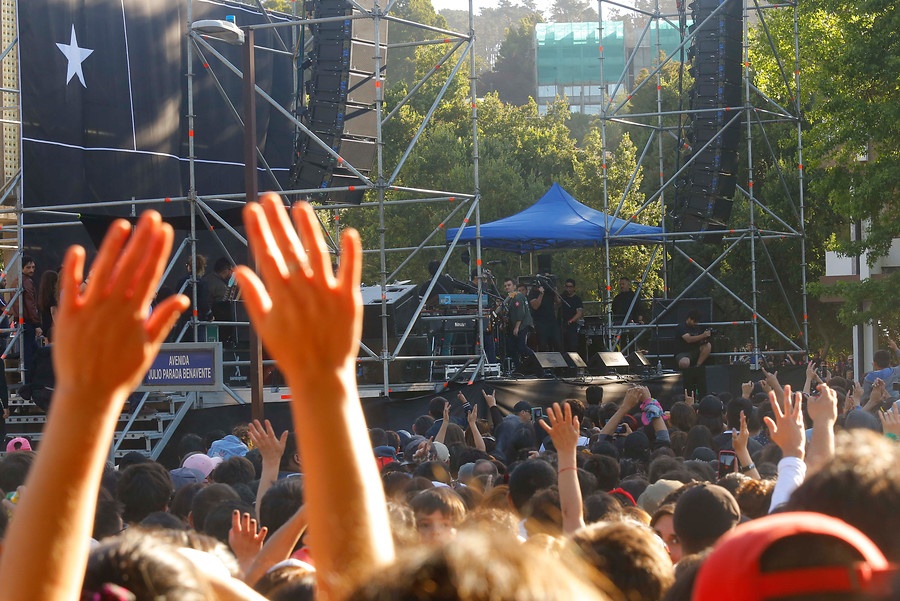 With the arrival of vaccines against COVID-19, there are several countries that little by little have ventured to resume the activities of massive events. Proof of this was the recent Lollapalooza in Chicago, where 350 thousand people attended, of which 200 were infected with the SARS-CoV-2 virus.

However, in our country even alerts have not been raised for this type of show, despite the low infection rates and having more than 80% of people with their complete vaccination scheme.

The same has apparently happened in other countries such as Australia, as specified by the national secretary of the Medical College (Colmed), Jose Miguel Bernucci, in conversation with Radio Future: “In Europe and Oceania they have had to reverse many of the opening activities, because vaccination alone cannot be done“.

These statements were harshly questioned by the vice president of the Association of Entertainment and Culture Production Companies (Agepec), Francisco Goñi, who he asserted to the same medium, that with his Bernucci words “lied and misinformed people. (…) I think that Colmed has a political agenda and affects the activity of many other labor and economic activities ”.

Read also: Director of Lotus says that “it is unlikely that Lollapalooza will happen this year” due to “lack of directives from authorities”

“Events are taking place all over the world. He said that everything is closed in Oceania, being that 27% of people have been vaccinated in Oceania and 30% in Australia. They have a political agenda and it puts us ahead“, Declared the union leader, adding that the union’s inactivity is showing jobs.

Along these lines, Goñi called on the Government for not opening a dialogue with those who know the requirements to carry out mass events: “from other countries, they tell us that it is incredible that a country like Chile, which has 80% of its population vaccinated, carry out policies to a certain extent ignorant, that does not implement traceability to do the follow-ups, there It is a responsibility of the Minsal“.

In this sense, the vice president of Agepec assured that what his union seeks is to reactivate the entertainment industry, considering all the necessary precautions to carry them out, requiring that only people with their complete vaccination schedule participate and guaranteeing a protocol that allows effective traceability.

“We want to open in a staggered manner. Processes are missing. You have to generate bubbles, just as it was generated for soccer. The same can be done for events. But for that you have to be certain.Why does the Ministry of Health sit down with the Minister of Sports and not with the entertainment and culture guilds? ”, Emphasized Goñi, regarding the situation of his union.