The phone rang around 8:25 a.m. on June 25, 1999. Ricardo Demirci (now 62 years old) already had his suit and tie on, ready to go to work. And he heard from the other side: “I want to give you good news, we have a beautiful baby”. She could not react, she was in shock and the only thing she managed to answer was: “This week is complicated, let’s talk later.” his wife, Martha Jimena (60) who was by his side, shook him and then he did understand everything. “Let’s go there,” she said this time and hung up.

They drove more than 700 kilometers to the Deán Funes Court in Córdoba. What they had been dreaming of for so long, becoming parents, was about to come true. “On July 2, 1999 they put Iván in our arms. It was love at first sight! He was a divine chubby little boy just weeks old. We look at each other, and we never stop looking at each other again.”he tells Infobae.

More than 21 years have passed since that moment, and they still exchange glances that suggest complicity. “Iván is my great pride, my teacher,” she repeats. “He taught me that anything is possible.”

Almost three years old Iván was diagnosed with PDD, today called Autism Spectrum Disorder. The child had no verbal communication, and Marta and Ricardo noticed that something was wrong. “He was going to kindergarten and the teacher told us that he was not progressing like the rest of his classmates. We also noticed some obstacles with boys her age.” The confirmation came from the neuropediatrician.

“It was a bucket of cold, frozen water…”, he recalls. “It was two or three days of mourning and the third day I got up, I looked at him sleeping in the crib, I gave him a huge kiss and I said: “Ivan don’t worry. We are going to take care that you can be happy”.

People on the autism spectrum are characterized by socio-communicational challenges and restricted, repetitive patterns of interests, behaviors, and activities. In the dimensions of language and cognitive level they can have very varied characteristics. In the case of Ivan, his vocabulary is limited.

Based on the diagnosis, Iván was designed a tailored suit. He went to primary school accompanied by integral teachers, and in the afternoons he had his occupational therapy. And so it unfolded. He became a child who was able to learn, sensitive, surrounded by friends, and who found a way to communicate and express himself.

A new world opened up to him when discovered music. 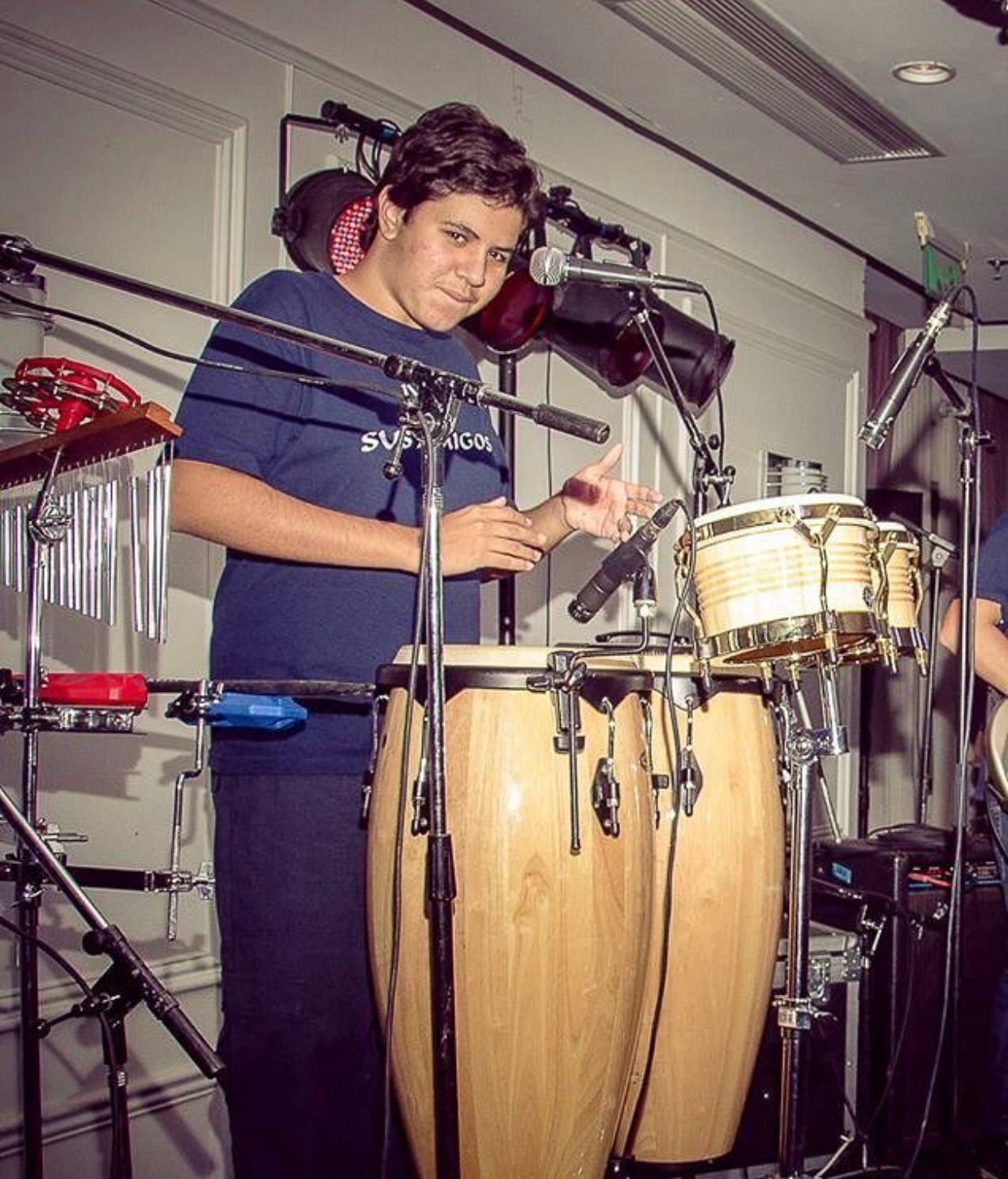 Ivan with the congas. His life changed when he discovered percussion

Marta sang to him every night to put him to sleep. During the day she also asked to listen to songs. “They put a cassette on him, -I’m talking about the time when the cassette existed (Marta smiles)- and he would just get the rhythm with his body or with whatever he had within his reach. She was transformed, she vibrated in front of the sounds”.

In one of his therapy sessions there was another revelation. “There was a psychologist, sebastian wainerman, who came to the sessions with a guitar. At the second session he comes out and tells me. ‘Che Ricky, more than a son with autism you have a musician. I go out of rhythm, he looks at me badly, he corrects me. ‘Does it tell you something?’ I replied. ‘No, but he slows me down, he gives me the rhythm. Look, I have a rock school, what do you think if you send it?

The following years were of constant flourishing. I was in that school John Ignatius Tenaglia, who was a drum teacher. He was the great promoter of Ivan. “They created a very strong bond. And a year and a half later, Juan proposes something unexpected to me: ‘How about we make a band?’” 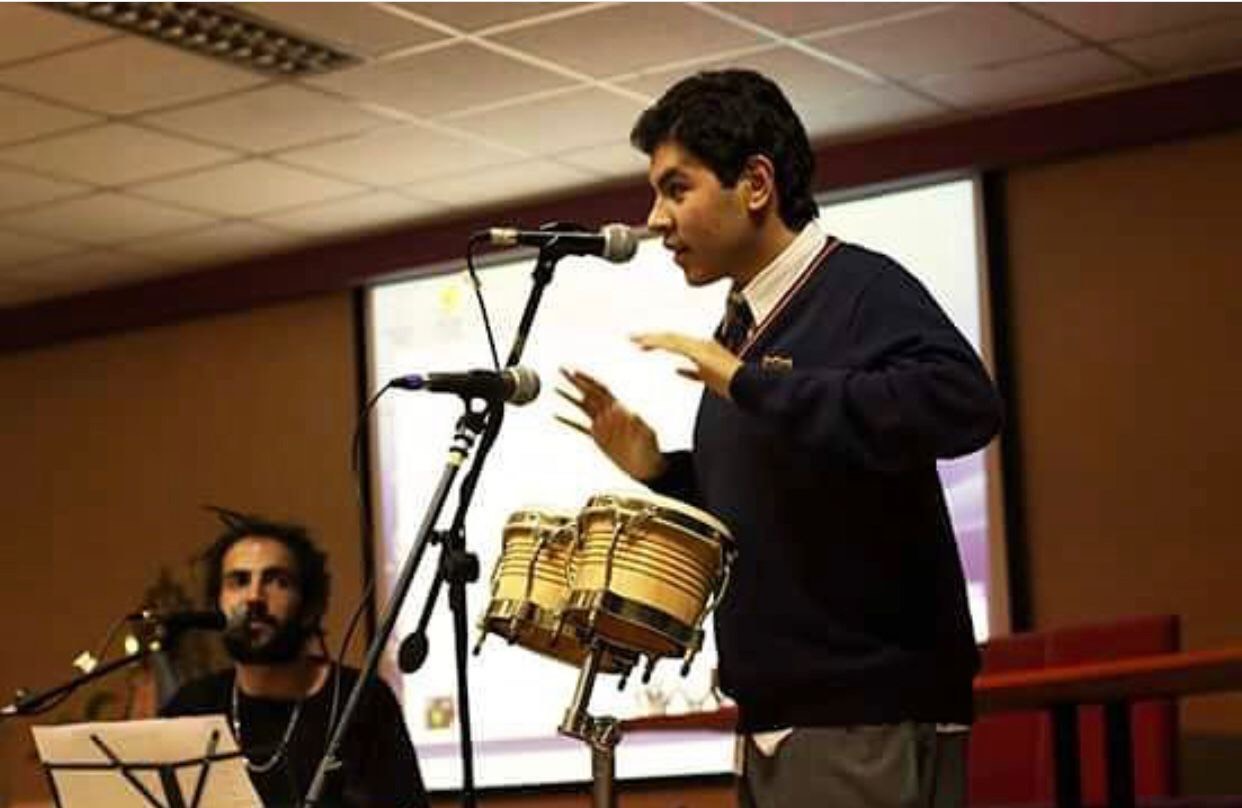 Ivan and his friends’ first performance was at their school, San Gabriel. The young man was the first student with TGD of the establishment

Ivan and his friends, the diverse coexistence

Today the young man is the percussionist, masters the xylophone, the Ngoma drums, and is the leader of the band. He is accompanied by other great professionals such as Diego Battaglia and Pato Álvarez, who reflect coexistence in diversity. Halfway through the year it will be 10 years since its creation. Quite a milestone. They have already given more than 30 recitals, they have performed throughout the country, and even abroad, in Montevideo. The topics El Ratón Pérez or El Tren Thomas, were composed by Iván himself, and have all his imprint. Every Monday and Thursday at 6:00 p.m. they get together to rehearse.

-What does Iván transmit on stage?

-What dominates the world. You see him downstage, he’s shy, he doesn’t speak, sometimes he covers his ears. He gets on and immediately starts singing the first song a cappella. It is another because he feels full. In addition, he tells you that everything is possible. 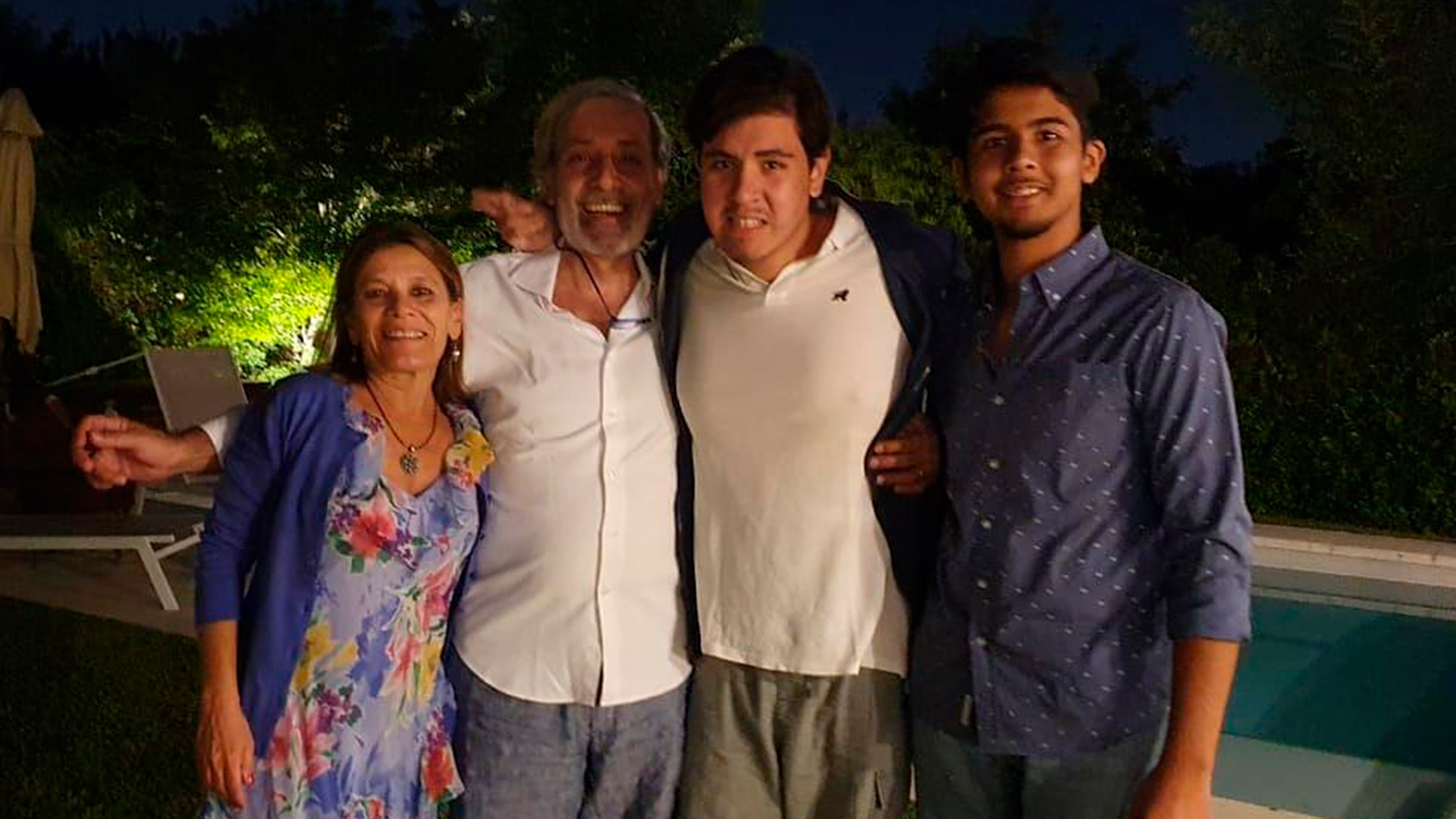 Marta and Ricardo with their children Ivan and Brian

-Although there was a paradigm shift regarding integrated education for children with ASD. Labor insertion is still a social challenge. How do you imagine their future?

-All parents get up and go to bed with the same concern. ‘What will become of our children when we are gone?’ I am working side by side in PANAACEA to promote a Labor Inclusion-Coexistence Law to guarantee all their rights. It is important that State policies are applied, we can build together a more friendly and respectful society of diversity. There is still a long way to go, and I will not stop until it is achieved.

What did Ivan teach you?

-Iván taught me to understand people, to stop being selfish and see my own navel. It’s my lighthouse.

Stories of our people: the secret of Concarán and the last inhabitant of an abandoned mine
Infinite love: so that their son can swim in the Olympics for the deaf, they put together a pool with plates, branches and plastic

He has autism, they discovered that he could communicate through music and today he leads a band