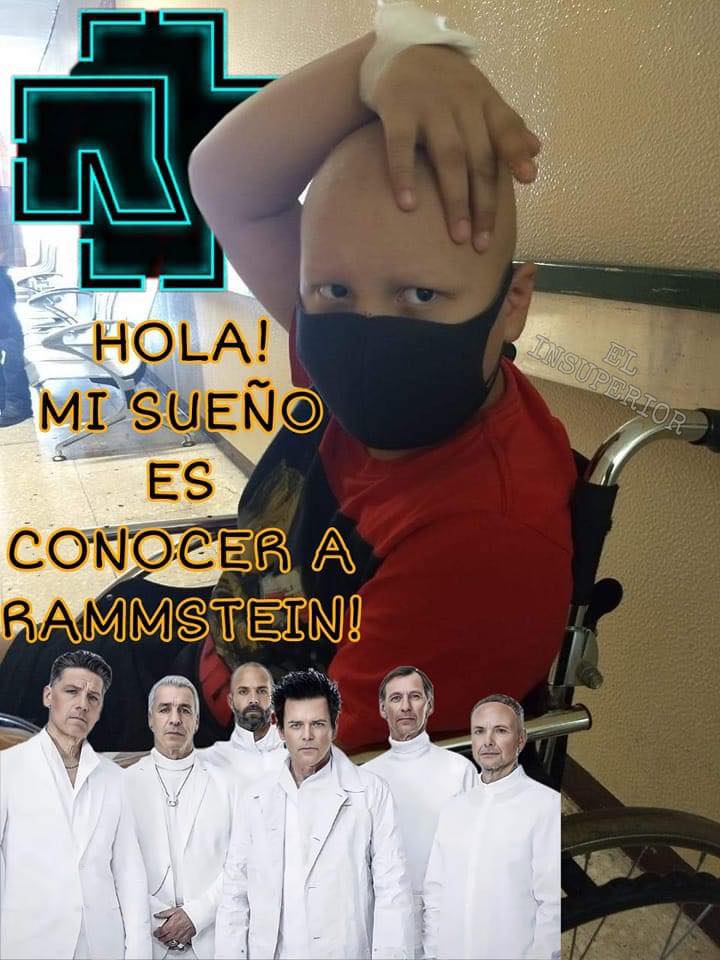 On September 13 we told you the story of Diego Israel, an 11-year-old boy, originally from Monterrey, Nuevo León, who without planning it was mobilizing the fans of Ramstein so that the little one could go to CDMX and enjoy one of the dates of the German band in our country.

What we talked to them back then, went through the page RamMexicans where it was released the case of this little boy diagnosed with Hodgkin’s lymphoma, a type of cancer that affects the immune system, and for which his mother, Mrs. Diana, could not afford tickets to the concert.

Diego’s case began to echo among Rammstein fans, who without thinking they started a cooperative to give the boy tickets to the Rammstein showas well as paying for the flight and lodging, both for him and his mother, to fulfill his dream.

In an interview, Mrs. Diana told us that At first his intention was to at least get a greeting from the band to his son, who, since he found out about Rammstein’s visit to Mexico, asked his mother if she could take him. And although it seemed impossible, she had faith.

Diego’s mother commented on her case on social networks and the post landed on Rammstein fan pageswho began to viralize the story: “Thank you very much for your support. I always thought that I would never go to a Rammstein concert, but I see that it is possible”Diego said upon seeing the response from the fans.

If we thought that this was the most incredible thing about this story, we were very wrong. And it is that the same page of RamMexicans posted a series of photos where we can see Diego in the company of Till Lindemann and company. Was achieved!

Diego fulfilled his dream of seeing and meeting Rammstein at CDMX

“Today many fulfilled their dream of going to a Rammstein concert, including Diego. But he did it not only by going to the concert, but by meeting each of you at today’s Meet & Greet.” He indicated the page with the photos in question.

The images (which we will show you below) they let us see little Diego, with a smile from ear to ear, in the company of the band and his mom. Not only that, but the boy even had his VIP pass and took a disc signed by the members of Rammstein.

Just see the photos that Rammexicanos shared of this incredible moment:

There is no doubt that when people come together to do good things, they can be achieved. Congratulations to Diego for fulfilling his dream, and a standing ovation to the Rammstein fans for helping make this possible!

He fulfilled his dream! Diego met Rammstein in person