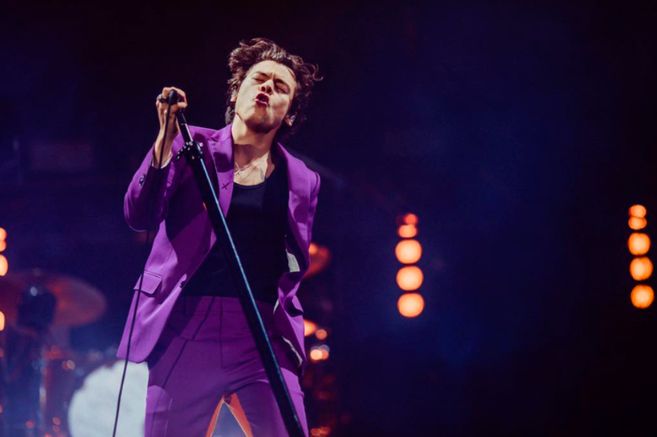 “As It Was” features brit pop sounds, with melancholic lyrics that explore the sadness caused by the end of a love relationship.

Harry Styles presented the long-awaited single “As It Was”, the first advance from the third studio album, which will be called “Harry’s House”, which has a release date of May 20.

“As It Was” features brit pop sounds, with melancholic lyrics that explore the sadness caused by the end of a love relationship. Although, the music keeps the fun and catchy tone that contrasts with the feelings of the song, where the artist makes a journey through loneliness, emptiness and the search to change reality.

Harry Styles – As It Was (Official Video)

The single features a video directed by Ukrainian Tanu Muino. Style advances that throughout the album she could follow the message of fashion without gender and it is seen in the exploration of dance, something unusual in the artist.

As confirmed in a Sony Music press release, there will be 13 new songs that this work will collect, which takes over from the successful previous albums “Harry Styles” (2017) and “Fine Line” (2019), which earned him a a Grammy Award for Best Pop Vocal Performance for her song “Watermelon Sugar.”

Along with the release date of “Harry’s House”, the cover of the new work has also been revealed, in which the British musician appears standing, standing on the ceiling of the living room of a house whose structure is completely inverted.

(You may be interested in: Daddy Yankee’s tickets in Colombia: it’s hard to see ‘Big Boss’ in concert)

Very shortly after its publication, the “Love On Tour” world tour will kick off with three dates in stadiums in the United Kingdom: on the 11th at Ibrox Stadium in Glasgow, on the 15th at the Emirates Old Trafford in Manchester and on the 18th at Wembley London Stadium.

Within it, he will finally celebrate on July 29 the concert at the Wizink Center in Madrid that had to be postponed due to covid-19.

Harry Styles presents “As It Was”, the first advance of the album “Harry’s House”