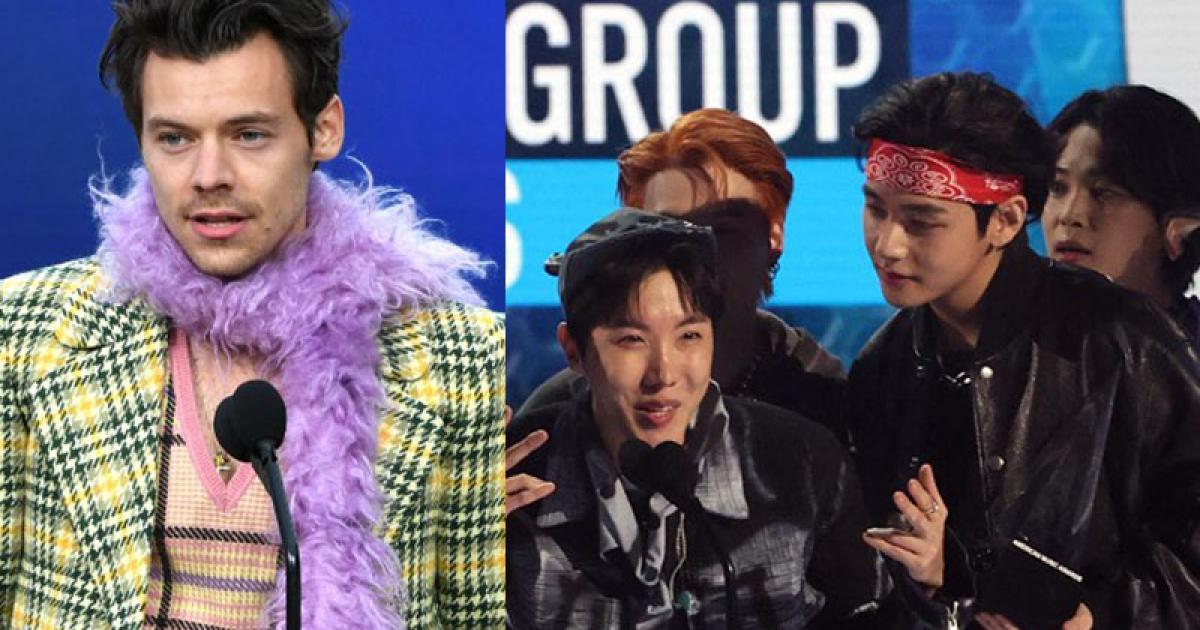 The former One Direction member caused a stir on social networks with this gesture.

BTS He continues to break it on digital platforms and social networks with the musical releases they make, the projects they carry out in their career and the proposals they present to their fans. The South Korean boyband does not hesitate to impose styles, letters and sounds, while collaborations appear along the way, as was the case with Coldplay en ‘My Universe’.

Recently, the K-Pop group left its loyal fans speechless with a series of videos that came to light, while they enjoyed a concert by the famous Harry Styles, former member of One Direction. Some artists of the group took advantage and enjoyed this presentation, where they received a surprise from their British colleague.

According to what was recorded in the images captured in Los Angeles, California, J-Hope, V, Jungkook and Jimin assisted in The Forum to enjoy several of the songs that the international artist has released throughout his solo career.

The South Koreans sang loudly, laughed and danced to the rhythm of Styles, who noticed his presence among the audience on that date. The singer did not miss the opportunity to express appreciation to the artists for attending the music event and share with him each of his creations.

As seen, Harry saw the BTS members dancing and having fun with rapper Lizzo, who is a fan of both artists, and decided to surprise them with a small detail of gratitude. The interpreter of ‘Golden’ took a group of sunflowers and threw them to where they were located.

The screams and emotion invaded those present at the concert, capturing the attention of those who were gathered in that place to sing each of the songs.

okay but harry styles throwing a sunflower at tae, jungkook, jimin & hobi has to be one of my favorite moments IN LIFE pic.twitter.com/ZQ0WBVRqlC

After reading thisHow did you think?

Harry Styles gave BTS a gift during one of their concerts