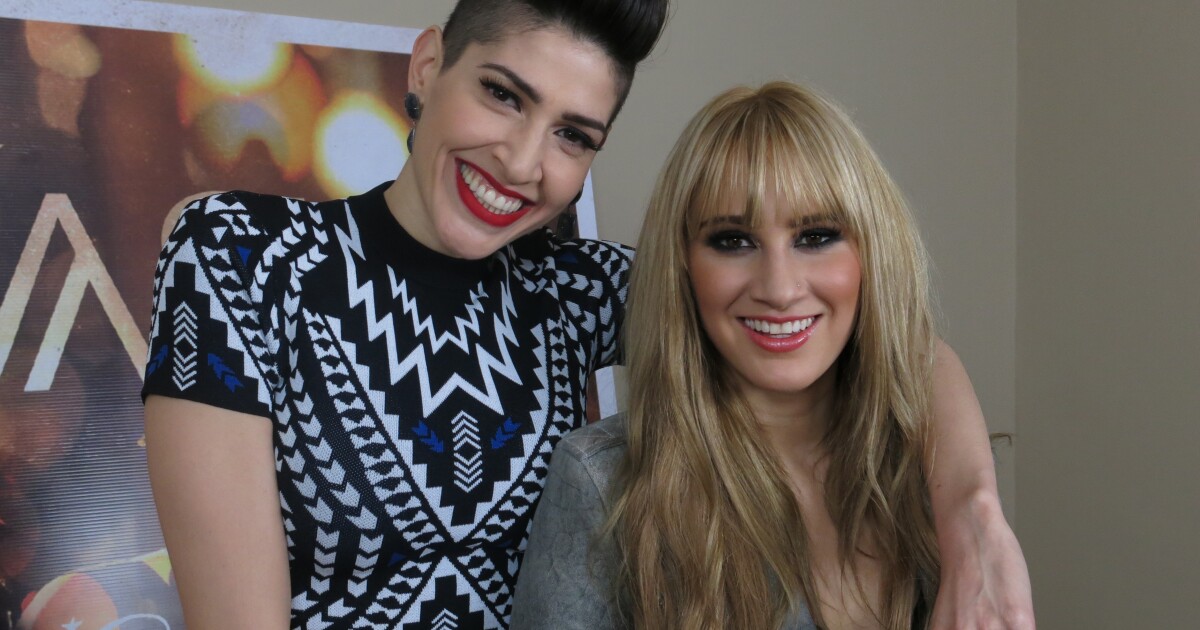 MEXICO CITY (AP) — Two decades of career have passed in the blink of an eye for the sisters of the musical duo Ha(asterisk)Ash, who are now celebrating with the release of a single and a concert tour.

“We cannot believe that 20 years have already passed, and in the end it has been a career of great perseverance and it has been great (great) to be able to be an example of a hardworking woman, an independent woman, a woman who goes out to fight for her dream. and that we have been achieving it little by little,” Hanna said in a recent interview in Mexico City.

Going on this path with her sister Ashley is for her “the best thing about our job”.

During the pandemic, the interpreters of hits like “Sorry, sorry”, “I learned it from you” and “I leave you free” set up their recording studio in their own homes and this helped them work on what will be their next album , which will follow 2019’s “Ha(asterisk)Ash: Live.”

“The two years that we were locked up due to the pandemic we took the opportunity to write many songs,” said Hanna. It was “great. There are days that we went down in our pajamas to record”.

For Ashley, a “different vibe” and “more relaxed” at home helped things flow and become more inspired. “You don’t have the pressure that the studio closes,” she explained.

The sisters, who were born in Louisiana and grew up between Mexico and the United States, have always been proud of their country and gospel musical roots. In the album that they prepare, these genres will also be present.

“We go back to those roots. There are country elements, there are gospel elements in the songs, there is an accordion, there is a mariachi”, revealed Hanna. “It’s an album where we didn’t put labels on anything and we didn’t look for a particular genre; we just wanted to produce the song as we imagined it and not think twice about it, and I think we loved that freedom. We are very happy with the result.”

During April and May, Ha(asterisk)Ash will perform in concert in the Mexican cities of Jojutla, Morelos; Toluca, State of Mexico, and Puebla, Puebla. In the meantime, fans can listen to his latest single “What a Man Should Know.”

“It’s a fun song, it’s a relaxed song. It all came about when we were at a dinner with friends and a friend told us: ‘You don’t realize that sometimes men are very practical, sometimes you just have to say things, because you can’t expect someone to guess what you’re feeling if you don’t say it’. And I said ‘song!’” Hanna recounted, snapping her fingers.

The duo composed the theme, in which they ask a man to pay attention to them when they talk to him (even if they repeat things for the third time) and be compassionate to their feelings. They wrote it with the Mexican musicians Pablo Preciado and Ale Zéguer, whom they consider great friends.

“We hope that all the women who listen to this song feel empowered and that they know that they are worth that and that they remind men what they need. And now that masculinity has been redefined, the new masculinity, it’s like reminding all men of this,” said Hanna.

The video for the song was filmed in Miami. In it, both appear in an elementary classroom giving a class to a group of men. Ashley wears a revealing full body suit with large transparencies.

“In my fantasy, yes it is,” Ashley said.

For the sisters, the video is a reflection of the energy of their upcoming album, in which Hanna dedicates songs to their first daughter, Mathilda, born in June 2020, and Ashley opens up about her dating experiences.

Ha*Ash celebrates 20 years of career with concerts and single