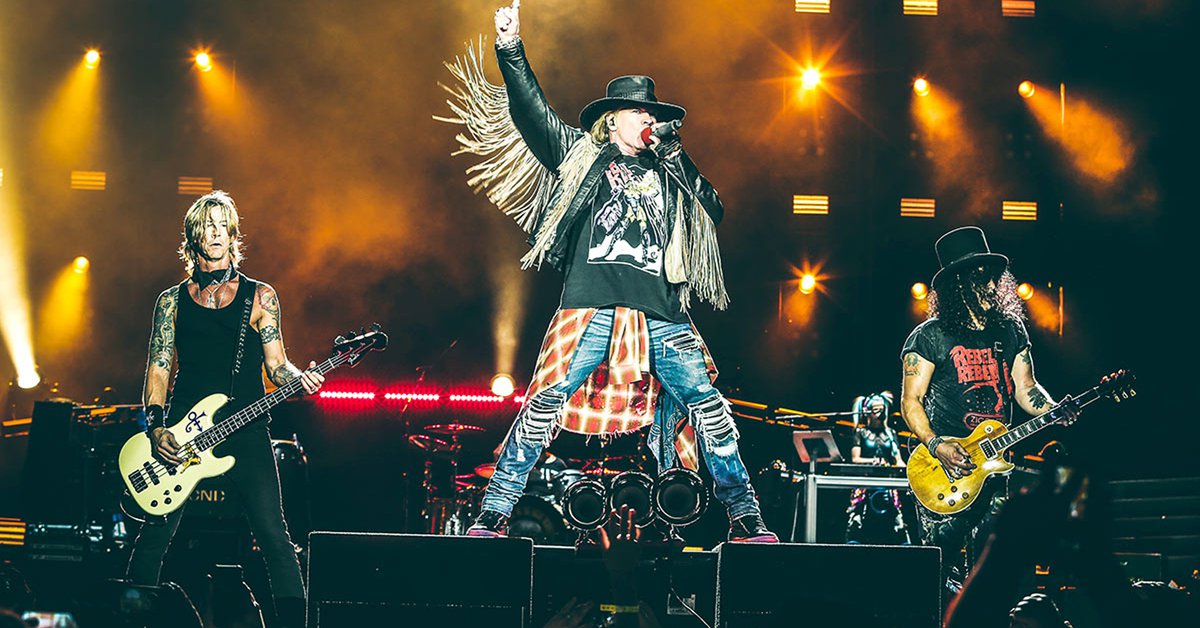 “Mexico, we are back”, was the message with which the American band Guns N’Roses announced three concerts in the country through their social networks. Presentations will take place in Guadalajara, Merida and Monterrey, although the great absentee in the announcement was Mexico City.

The group also reported that the presale will be next July 7 and the sale to the public in general of the city of Jalisco and Yucatan will be available from 9 of this month, while for the capital of Nuevo León the day 15.

“Mexico, we are back! Merida, Guadalajara and Monterrey, see you in October”, It could be read on social networks and on the tour’s official page.

The presentations are part of the tour We’re f’n ‘back and the October 7 in Guadalajara, Jalisco at the Akron Stadium; The 9 of the penultimate month at the Xmatkuil campus in Merida Yucatan; and the October 12 ° on Monterrey, Nuevo Leon at the Sultans Baseball Stadium.

“Mexico, we are back,” wrote the band (Photo: Twitter screenshot @gunsnroses).

The last presentation of the band on Mexican soil took place at the festival Live Latino 2020, the last massive musical event in Mexico City prior to the start of the Covid-19 pandemic.

The band also had a scheduled date in the city of Mérida, but it was postponed due to health contingency and later canceled; however, later this year southern fans will be able to attend a performance by one of the most popular groups around the world.

Faced with the surprising news, some netizens showed their emotion or anger at the performances of the iconic eighties band in the countrys, while other people were thinking what they would have to do to get a ticket.

“Guns N’Roses is coming to Mérida. Like a kidney is getting in the way”Wrote a user on Twitter.

“Imagine being Guns N’Roses and ending up giving concerts at a fair in a Yucatecan town”Wrote another tweeter. While another person was also surprised by the presence of the group on Yucatecan soil: “Well, Guns N’Roses is going to play at the XMATKUIL fair on Oct. 9 in Mérida. Who could have said it? Hahaha”.

“Very clever the Guns N’Roses, theThey know that those who go to their concerts were already vaccinated in February“Wrote an Internet user.

“This will be the lucky 7 for me watching Guns N’Roses, so the place doesn’t matter that much, but I have to be there, what that is the first concert of return would be being cathartic. For me it is not mame, it is serious thing ”, shared a fanatic.

The memes were not lacking before the news (Photo: screenshot of Twitter @_AntonioGarcia_).

On May 27, the interpreters of November Rain (It rains in November) announced their return to the stage with the tour We’re r’n’ back (We are back) by the main cities of North America.

Initially, only 14 dates were released in the United States and Canada during the summer and fall of 2021; However, with the passing of the weeks, presentations have been added in different nations of Europe and in Mexico.

Through its website it was reported that during the tour they will be accompanied by the band Mammoth WVH, led by Wolfgang Van Halen, who will perform his new self-titled album and, of course, the single that is present on different Billborad charts, Distance (Distancia).

Foo Fighters will offer a concert in CDMX: when will the pre-sale of tickets begin
This is the poster for Tecate Pa’l Norte 2021: from Foo Fighters to Alejandro Fernández
Richard Donner, director of “Superman”, “Deadly Weapon” and “The Goonies” has died