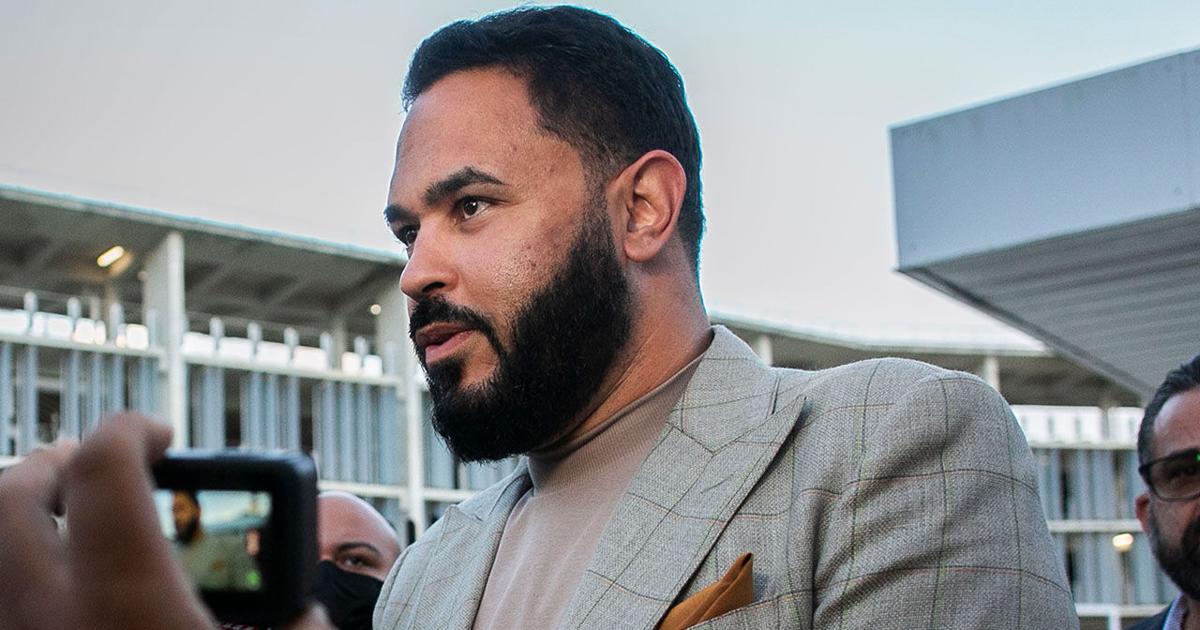 Today, Wednesday, a jury found urban music producer Rafael Antonio “Raphy” Pina Nieves guilty on charges of possession of firearms, having had a prior conviction.

The sentencing hearing will be next April 1 at 9:00 am After her guilt, Pina is exposed to a 20-year sentence; 10 for both counts.

The jury also finds Pina Nieves guilty on the charge of possession of a machine gun.

The Federal Prosecutor’s Office requested to enter the urban music producer in detention, but his legal representative María Domínguez argued that the music producer is not a threat to the community and should remain free on bail until the sentencing hearing.

Therefore, Judge Francisco Besosa indicated that the businessman will not be arrested today and will be free on bail, in Puerto Rico, with restrictions at home. Thus, Pina will have to use an electronic monitoring device.

Upon leaving the Federal Court, Pina claimed that this is only “the first round.”

“Of 12 rounds I just lost the first. I am a warrior and we are going forward. We are going to show the world who Rafy Pina is,” said the businessman.

Also, attorney Francisco Rebollo Casalduc said that “this case may go back to the district court.”

After hearing the ruling, the first to leave the court was the exponent of the urban genre Daddy Yankee, who expressed that he differs from the jury’s determination.

“We respect the jury’s decision, but we do not agree. We are going to be able to say goodbye to the year at his home, with his people and with his children,” said Yankee.

He also indicated that “there is a part of me that is disappointed in a large part.” However, he said that he is happy because he will be able to celebrate this Christmas with his friend.

On the other hand, the head of the Federal Bureau of Investigation (FBI) in Puerto Rico, Joseph González, affirmed that no one is “above the law” – above the law -.

“Very proud of the work of the staff of the FBI, the Federal Prosecutor’s Office. No matter the law or whoever it is, justice is justice. All investigative techniques – the recordings – were essential,” he said.

The verdict was announced today, Wednesday, in room 2 of the Federal Court in Hato Rey, where the processes against the producer are being carried out. The room was filled with an audience that includes figures such as the director of the Federal Bureau of Investigation (FBI, in English), Joseph González, as well as artists represented by Pina Nieves, such as Ramón Luis Ayala Rodríguez, better known as Daddy Yankee.

The wife of Pina Nieves, Natalia Gutiérrez Batista, better known as Natti Natasha, who accompanied the three children of the music producer, also came to court.

The judicial process was presided over by Judge Besosa, who this morning began work informing the jury about the instructions to follow to reach a verdict in the case. One of the instructions offered by the judge was the definition of the charges against the music producer.

Pina Nieves, who is charged with possessing a Glock model 19 pistol, nine millimeters caliber and modified to fire automatically, a Smith & Wesson pistol, model SD40 and dozens of ammunition for .40 caliber pistols, ammunition for caliber 5.7 pistols, as well as as for rifles and shotguns, among others.

It should be noted that the weapons were seized by federal agents during a raid last year on a property of the producer, located in the Caguas Real urbanization and the Rogelio’s Ice Plant gas station, also in Caguas.

The trial was scheduled to begin on October 18, but Judge Besosa agreed to a request from the defense to postpone it due to the allegation that the group of defenders needed more time to prepare after identifying several relevant articles that had not been supplied by the Public Ministry.

These documents included a series of laboratory studies conducted with fingerprint evidence allegedly recovered from a residence in Pina’s name.

In August 2020, the reggaeton producer pleaded not guilty to charges of illegal possession of firearms and was released after being set on a $ 1 million bond.

The initial hearing, the formal arraignment hearing, and the bail hearing were held on August 14, 2020, before federal magistrate Camille Vélez Rivé. During the hearing, which was held virtually, the magistrate read Pina Nieves’ rights and informed her that she is exposed to penalties of up to ten years in prison and a fine of $ 250,000.

On August 13, 2020, Pina Nieves was indicted by a federal grand jury. The investigation of the case was carried out by the FBI and the Federal Internal Revenue Service (IRS).