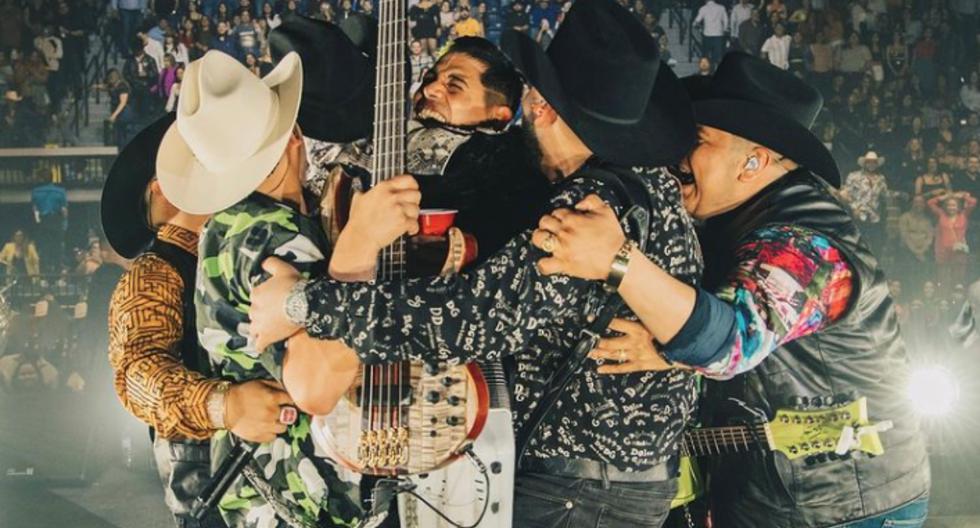 In recent years, Grupo Firme has become the most popular band of regional Mexican musicachieving full houses in the tours and presentations that the band of eduin caz carried out in different countries, such as the United States, where they recently performed.

MORE INFORMATION: How and at what time to see the presentations of “Grupo Firme”, “Banda MS” and Natanael Cano at Coachella 2022?

And it is that the Sinaloa band was one of the highlights of the coachella music festival 2022where they brought together thousands of fans who sang their songs and shared a fun moment with the members of the group.

With this, the band reaffirms its popularity after it sold out in a few hours all the tickets for its presentation at the Foro Sol 2022 a few months ago and that new dates had to be enabled to meet the demand of the fans.

MORE INFORMATION: What does Eduin Caz do to go unnoticed and attend a concert?

The band, whose official Instagram profile has 4.3 million followers, was part of the Coachella 2022 festival, where Harry Styles, Anitta and Billie Eilish will also perform, achieving full attendance.

Although neither the concert nor any of the presentations on Friday, April 15, were broadcast live, which caused annoyance among the followers, many of the attendees shared several videos on social networks, where the clips showing Eduin Caz and his band.

Themes like “Ya supérame”, one of the most popular of the band, or “Cada que”, were shared on different platforms.

MORE INFORMATION: Eduin Caz from Grupo Firme was wounded and hanged by his fans, he pays the price of fame

WHAT IS THE COACHELLA FESTIVAL 2022?

The Coachella Valley Music and Arts Festival is an event held in Indio, California from April 15-17. The concerts return after two years of absence due to the coronavirus pandemic.

MORE INFORMATION: Eduin Caz sang shirtless at the “Grupo Firme” concert to show off his work at the gym

Grupo Firme: this was the presentation of Eduin Caz’s band at Coachella 2022