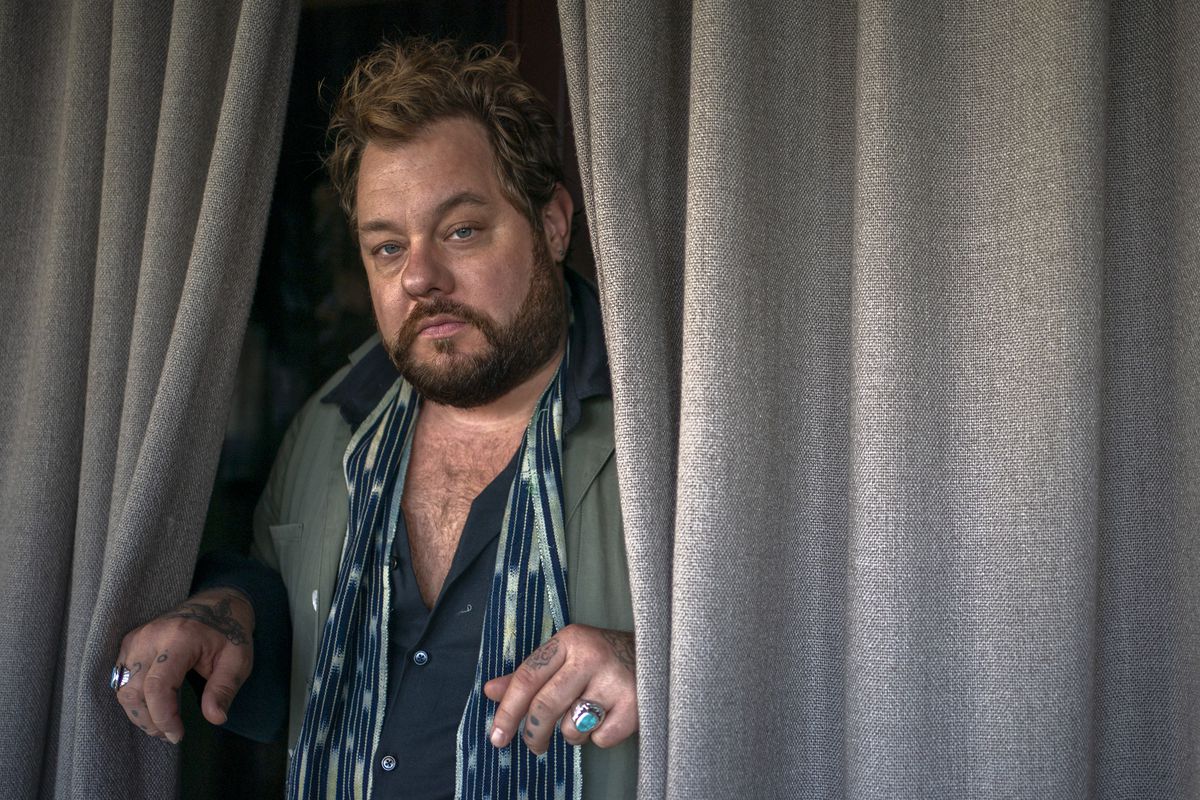 With a good-natured face, although with a penetrating gaze of blue eyes and a thick reddish beard, his appearance refers to one of those fiery evangelical pastors of the old American biblical belt. In fact, Nathaniel Rateliff was. Or something that was pretty close to him. “It was a long time ago,” he acknowledges. “But I let God stop being a problem for me,” he confesses. Originally from Missouri, one of the states belonging to that vast region where evangelical Christianity has deep social roots that conditions morals, education and even politics, this 43-year-old musician was part of a missionary group as a teenager. He was in the business of recruiting people for the Church until he decided to quit when he got tired of the ways his peers preached, imposing his vision on others. “So, I found salvation in music,” he says.

A salvation that now, more than two decades later, is expressed in such a fiery way that it could well leave apocalyptic sermons that speak of God, sin and death in diapers. The fire that Rateliff manages today is released through a feverish soul, whose last testimony is The Future, the album he just released with his band, The Night Sweats, with which he reunites after his previous and introspective album, And It’s Still Alright, a solo work with which he paid tribute to his late friend, the talented musician Richard Swift.

I love Van Morrison. He is a very powerful singer. Of course, he is a bit crazy. I just hope I don’t end up like him “

With a vitamin group, The Future gallops with the strength of a thoroughbred soul and rhythm and blues old school. “The word ‘future’ was a way of connecting the songs. I wrote the majority during the pandemic. I try to get closer to the idea of ​​hope in all of them. It’s something that came out instinctive, maybe because it’s my way of being. I did not seek to return to the things that happened to us, but rather I wanted to look ahead and be optimistic “, explains the singer and composer during an interview at a hotel near Madrid’s Gran Vía.

Religious fervor runs in Rateliff’s family. He grew up with very believing parents who played in the church in St. Louis, in deep America. “My beginnings with music I owe mainly to my mother. She played the guitar and pushed me to do it. In the end, they even bought me a battery. It was something that I liked. I think my first band was with my mother, when I was seven years old. Do you know what I’m saying? ”He asks with a half smile. When he was 10 years old, they moved to Denver, where his father passed away when he was 14 and he had to stop studying to go to work in a food products factory. However, he did not give up music: at night he played open mic venues. “It was one of those places where people went out and did everything. I used to play two songs, long enough for people not to pay more attention to you, ”he laughs. “The truth? I think after those nights I lost my fear of any scenario ”.

Then I was a singer-songwriter who listened to Leonard Cohen, Bob Dylan and even “a lot doo-wop”. Religion continued to play an important role in his life, but one fine day he got fed up with so much bullshit. First, he threw himself into the blues with Born In The Flood, a formation that was quite successful in Denver. And then he sought a solo life with folk. It remained on the Colorado regional circuit, but failed to hatch nationally. Anchored and obsessed with his artistic path and his internal struggle after abandoning religion, he took to drinking. Alcohol starred in part of his early years as a professional musician. “I drank a lot and my songs were about that, but without being able to find a place,” he explains.

That site came to him with soul. And soul came with The Night Sweats, the band of talents he joined and which led him to sign for Stax, the mythical southern soul label, home of Otis Redding, Wilson Pickett o Carla Thomas. “La música soul celebrate life. That is his greatest strength. It is usually hopeful, cheerful, vital. You will seldom see songs by soul that have something to do with being angry, “he says. The two albums before The Future that Rateliff brought out with the band were quite a celebration. And he cares little if the genre that elevated his beloved Otis Redding is already seen as a style of the past. “I don’t care,” he says with a laugh. “I try to make the music that I like. I love soul and I do it with all my heart ”.

A heart that also keeps a social and political commitment. The musician is behind The Marigold Project, his own foundation that addresses issues of racial, social and economic justice in different cities. And, at the same time, he has been one of the greatest public supporters of the Democratic candidate Bernie Sanders. “Bernie is a great voice. He is a politician who has addressed these issues from within the Democratic Party. And that has made part of the Democratic apparatus feel guilty. An elitist apparatus. There are a lot of angry people in America. People who only seek to make changes without thinking about the consequences of those changes. That led us to Donald Trump. I think Bernie has always been the solution for the left in my country. “

Rateliff has had little sleep. Has jet lag and he struggles to converse, but it is first thing in the morning and he is noticeably tired. A very different image from his fervent music, which on stage is like a cyclone. It has the virtue of penetrating with unusual intensity, even in ballads or halftones. A virtue that reminds Van Morrison, as if this guy, also white, short and with charisma, was his most advanced disciple. “I love Van Morrison,” he says. “He is a very powerful singer. Of course, he is a bit crazy. I just hope I don’t end up like him ”, he adds with a laugh.