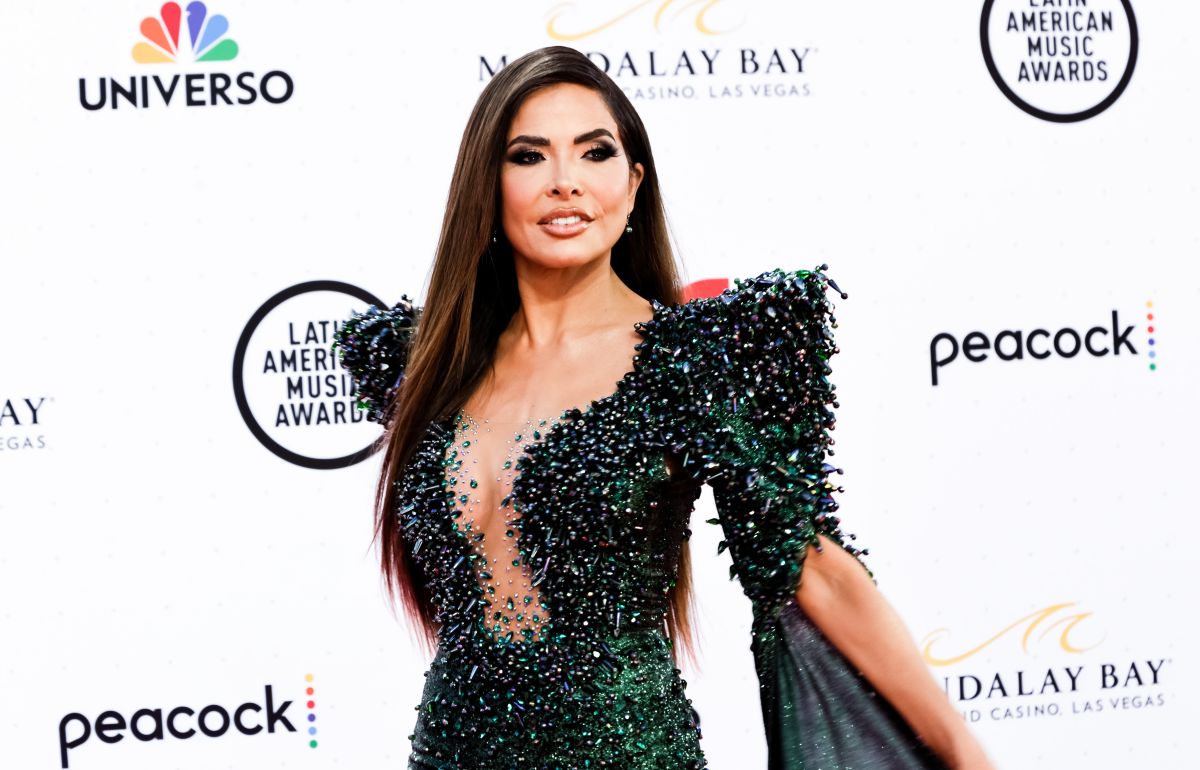 Singer Gloria Trevi He recently had a show where many of those who attended explained that it was a completely “incredible” show, because apparently it was much more than everyone expected, and that is how they let him know in the comments they made in one of his most recent publications shared on the social network of the little camera.

The Mexican surprised her fans during her most recent concert and that is decided to do a costume change on stage, instead of having retired for a short time to one of the dressing rooms. However, this would not have been the most striking thing for some, and that is that he had the help of a man who took off his skirt.

“And you can’t do that in a dressing room?”, “Do you have to dress in public?”, “I don’t forget that you are a pedophile victim and victimizer”, “I was surprised“,” “Satanic virus”, “I don’t understand anything he says”, “My respects to the gentleman, then don’t complain about faults to the woman. You as a woman are the first to promote and the first to shit *, what a shame, ”said some Internet users.

However, the positive comments were more than the negative ones, so many congratulated her for the occurrences that have always characterized her, while making her look like a happier person. In addition, there were several expressions that were recorded to say that they want a job like that of the gentleman who helped her transform in front of everyone.

“Super happy, an unforgettable concert, super production”, “I loved the concert, you were perfect”, “You are forever an icon, I admire Tina Turner, but I am proud of you”, “You are, you are and you look spectacular”, “You are very naughty”, “Gloria did not know you those tricks”, “You love to philosophize deeply ”, “I love you with each of your occurrences”“I want that job”, “I wouldn’t waste a second taking everything away from you”, “Where do I apply for this job?” some followers wrote.

It may interest you:
· Shakira, with her pink sunglasses, looks very sexy, and she also left all her hair loose in the style of Gloria Trevi
· Gloria Trevi is dragged across the stage: anyone would say that they only pulled her foot to mop with her butt
· Francisca Lachapel was rejected in the casting of Gloria Trevi’s bioseries, but does the singer want her as the protagonist?

KISS special reissue. Details of the debut of Johnny Gioeli's band ENEMY EYES. LEATHERWOLF video.
More than 600 thousand fans enjoyed the BTS concerts in Las Vegas
Shakira's mockery of Gerard Piqué in a tone of revenge that he has hidden in one of his videos