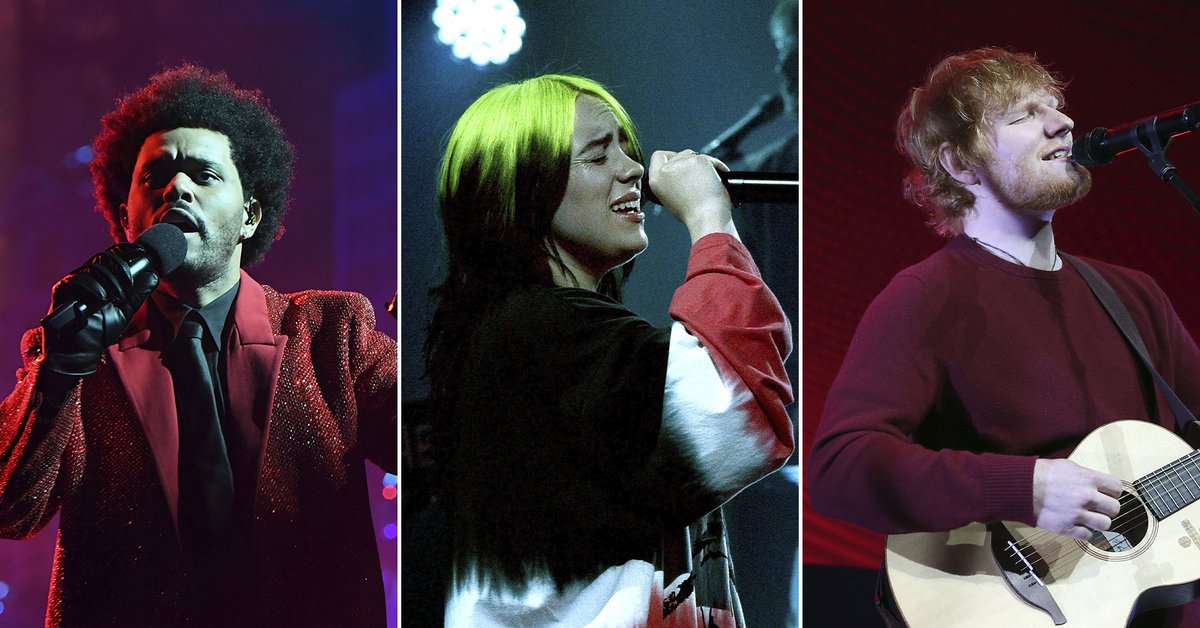 Music stars like Coldplay, Shawn Mendes, the Weeknd, Ed Sheeran y Billie Eilish, among others, will act in the Global Citizen Live, a concert broadcast live for 24 hours to benefit the global recovery after the pandemic, to be held on September 25. Performances will take place around the world, from Central Park in New York to Champ-de-Mars in Paris, as well as in London, Los Angeles, Sydney, Rio de Janeiro and Seoul.

The global broadcast will include dozens of artists, activists, business leaders, philanthropists and world leaders gathered to defend the planet and overcome poverty, in support of the year-long campaign “A Recovery Plan for the world”From Global Citizen, which works to end COVID-19 and start a global recovery.

The concert, which will be broadcast on director by YouTube, will also include BTS, Lizzo, Andrea Bocelli, Metallica, Lorde, Doja Cat, Keith Urban, Usher, HER, Duran Duran, Femi Kuti, Lang Lang, Demi Lovato, Ricky Martin and many more, to be announced in the coming weeks.

The event aims to help secure a number of promises from governments and businesses, including the donation of a billion doses of vaccines to the countries most in need, USD 6 billion in famine relief and USD 400 million for educational programs.

The french president Emmanuel Macron, the German chancellor Angela Merkel, the Italian Prime Minister Mario Draghi and the Speaker of the United States House of Representatives, Nancy Pelosi, are among the politicians who support the campaign.

The event follows the successful live-streamed concert of Global Citizen en 2020, One World: Together at Home, which raised $ 127 million for charities with performances by artists like Lady Gaga and the Rolling Stones. In May, the advocacy organization organized Vax Live: The Concert to Reunite the World at SoFi Stadium in Los Angeles with Foo Fighters, Jennifer Lopez, J Balvin and others.

VAX LIVE: The Concert to Reunite the World event helped mobilize $ 302 million in funding and more than 26 million doses of the COVID-19 vaccine to provide equitable access to the vaccine to the world’s most marginalized communities and healthcare workers around the world.

Thousands of people at the “Vax Live” concert, the first major musical event held in the US since the beginning of the pandemic (Photo: EFE)

“Now there are more than 40 million people on the brink of famine. Progress on climate change has stalled as most Fortune 500 companies fail to set science-based carbon reduction targets. We must rectify the damage done and hold world leaders and companies accountable for ensuring that the entire world recovers together from this pandemic. “, he claimed.

Global Citizen, which tends to focus on fighting extreme poverty, got involved with COVID-19 vaccines for what he called a necessity. “We cannot go back to fighting the end of extreme poverty while 150 million people have been pushed back into extreme poverty by the pandemic,” Evans said last May. “Everything else is theoretical until we can control it.”

Global Citizen wants healthcare workers in every country in the world receive a vaccine by the end of 2021, one year ahead of current plans.

“By June, the US government will have an excess of 45 million doses of its entire vaccinated population simply waiting there refrigerated and in warehousesEvans said. “It seems crazy that something that is for the common good to be stored there under refrigeration.” Global Citizen also launched “Vax Because”, an initiative to encourage people to get vaccinated.