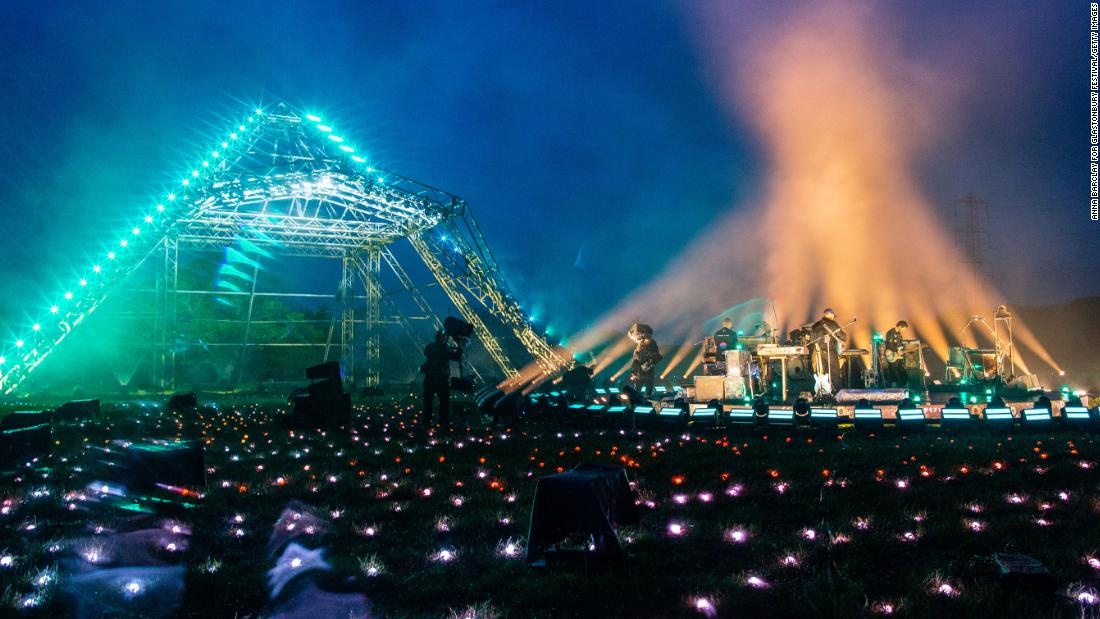 (CNN) – Have you ever jumped a fence to get into a concert? The modern equivalent of this could have happened on Saturday, after fans were able to watch the UK’s biggest music festival for free after it suffered technical glitches.

UK fans who bought £ 20 ($ 28) tickets to see the Glastonbury live event were unable to see performances by artists such as Coldplay, Jorja Smith and George Ezra, and the organizers were forced to post a link to a free broadcast.

“Again, we are very sorry for the problems in the first part of the broadcast,” festival organizer Emily Eavis said in a tweet. “But thank you for all the messages of support, as well as the incredible responses about the event itself.”

What happened at Glastonbury digital?

The “Live at Worthy Farm” show started at 7:00 p.m. local time (2:00 p.m. ET), but within minutes fans were complaining online that they couldn’t see the first act, Wolf Alice, despite have already paid for it.

Driift, Glastonbury’s partner company for live streaming, said in a statement that it was “devastated” by technical failures.

The online event organizer, which has successfully featured artists such as Niall Horan and Andrea Bocelli, posted a new link two hours after the show started, allowing fans to watch it again for free.

“In the end I was able to see the entire festival, but of course the organization of the event was not up to what a festival as important as this is supposed to accomplish,” said Ana Bravo Díaz, who tried to access the festival online from Madrid (Spain) after paying a ticket.

Bravo Díaz told CNN on Sunday that he was unable to access the broadcast for two hours and that, even when he could, there was no option to go back to the beginning; this could only be done when the show was over.

He added that he was not offered a refund directly, but Driift has made a form available to those who want to request it. He said that anyone who bought a ticket would also have access to Sunday’s broadcasts and that a viewing link would also be made available until May 30.

Driift sent CNN a second statement on Sunday in which she said she was “mortified” and that the technical problems were unacceptable.

“Driift is not a technology business or a media platform, and we rely on a third party company for certain aspects of the event broadcast,” he said.

“This provider has already identified the cause of last night’s problems and while we are awaiting a full technical report, there were no subsequent problems for ticket buyers who accessed the broadcasts that followed for North America or Australia.”

The events company also apologized to Glastonbury, the performers and the customers. He added that he is not making any money from the event streamed online.

Glastonbury did not immediately respond to requests for comment.

One more year without a face-to-face festival

The Glastonbury organizers said in January that the famous British music festival would be canceled for the second year in a row amid the covid-19 pandemic.

Tickets that have already been purchased will roll over to 2022, when Glastonbury aims to hold its second event in five years, following a year off in 2018 and two consecutive events canceled.

The online broadcast was supposed to provide much-needed funding for the event in 2022, while also supporting charities Oxfam, Greenpeace and WaterAid, according to the Glastonbury website.

Grammy-nominated director Paul Dugdale created the five-hour production, which takes viewers on a virtual tour of the festival grounds. The ruling did not affect three other transmissions in other time zones.

You can watch the livestream here. No code required. https://t.co/cX5WBZInCk

“We have put our heart and soul into the realization of this event, and we are very proud of it. We are also enormously grateful to all the artists who put in their time to deliver impressive performances, ”Eavis said in another tweet.

The show will air again on Sunday.

One of the most prestigious festivals

The internationally renowned event is typically held on 364 hectares of the Eavis family farm in Somerset, southwest England.

The 2019 festival drew a crowd of 175,000 attendees and featured performances by The Cure, Stormzy, The Killers, among others.

Glastonbury – possibly the most prestigious live music event in the world – has been headlined by an array of British and world stars since its first date in 1970, including David Bowie, the Rolling Stones, Oasis, U2 and Beyoncé.

Rosa López: her vocal cord problems, the partners she has had and her current boyfriend
Paquita la del Barrio responds after comparisons with Shakira for her song
Finde concerts: Ruper Ordorika, Kalakan, Empire Of Disease, Bastardix, La Mara…