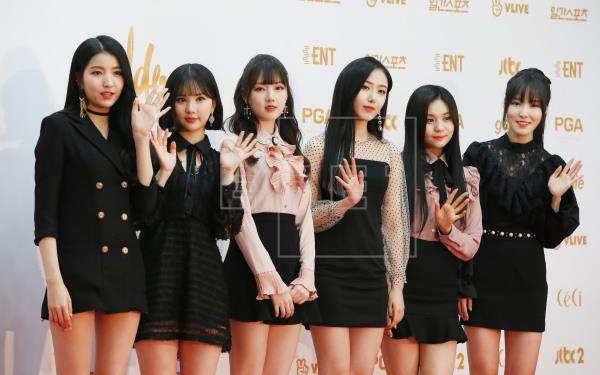 Although Source did not use the term “dissolution”, it did explain in a statement that the contract that links the band with the company will conclude on May 22, that it will not be renewed and that the group formed by Sowon, Yerin, Yuju, Eunha, SinB and Umji will go “separate paths”.

In turn, the six members of the band published handwritten farewell messages for their followers on the Weverse social network.

“Gfriend has officially come to an end, but that doesn’t mean our end. Don’t be so sad Buddy (English word that means ‘partner’ but which is also the name of the official fan club),” wrote Sowon, the leader of the group.

Other members such as SinB or the “maknae” (Korean term for the youngest member of a band) Eunji assured in their messages that they will continue to sing individually.

The announcement comes in a surprising way, as the six artists had been very active on social networks in recent months.

However, Gfriend, formed in 2015, was going through the end of its contract, a situation that has led many K-Pop bands to disbandment once their first exclusivity agreements expire and that the industry itself has dubbed the “curse seven years “(the maximum duration of these contracts is usually seven years).

After their first EP “Season of glass”, from 2015, the band achieved numerous accolades as a newcomer group and always remained in the spotlight despite being with a small company (although Source would end up being bought by the agency that represents BTS in 2019 ).

In addition to a dozen EPs, the band released a total of three studio albums in Korean and one in Japanese, and in its six-year history went from an initial style based on school aesthetics to a more mature musical approach.