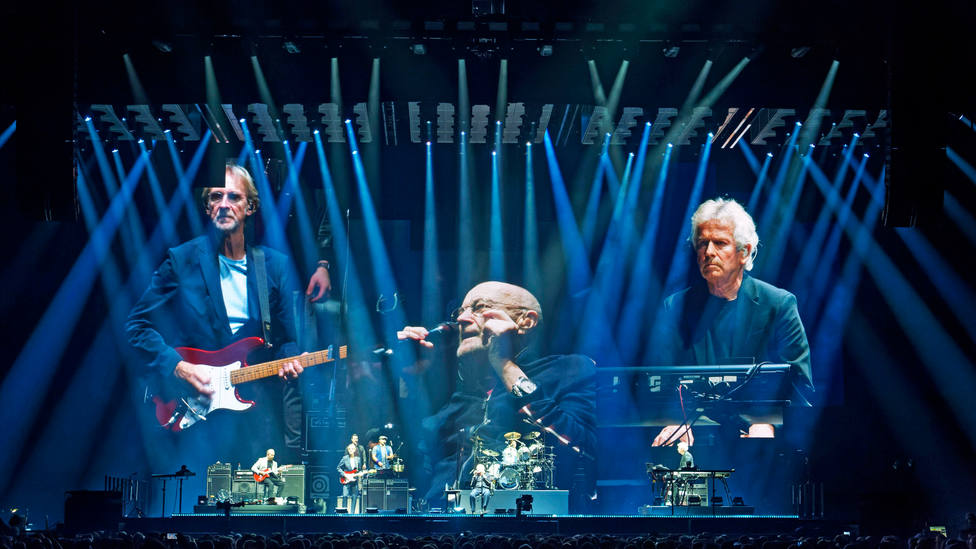 As reported Ultimate Classic Rock, Genesis put an end to his career on March 26, 2022, with Peter Gabriel appearing, by surprise, among the public.

The final show of the tour “Last Domino?” It had already been announced as the last concert of the British band’s career. The tour was interrupted by the COVID pandemic, but it has finally been able to reach its peak, having also marked the band’s first performances in the last 13 years.

“It’s a very special night”Phil Collins told the audience at London’s O2 Arena. “It’s the last stop on our tour, and it’s the last show for Genesis. It’s hard for us to believe that, well, you still came to see us! Yeah, after tonight, we’re going to have to get real jobs.” The show consisted of 23 songs and, as we mentioned, it had, by surprise, the presence of Peter Gabriel in the audience: “Maybe he’s the one crying out for ‘Supper’s Ready’, I don’t know!Collins joked.

Genesis had three different formations in its original tour, which took place between 1967 and 2000, a period of time in which they published 15 albums.. As you may know, the band’s sound was much more progressive rock oriented during Gabriel’s time in the band, but after his departure in 1975 and with Phil Collins on vocals, the band moved closer to pop. -rock.

This new, more commercially successful period lasted until 1996, when Collins left the band. From this stage, he stands out for his fame and success ‘Invisible Touch’ (1986)being the self-titled single one of the best known and celebrated of the band.

The group would continue with Ray Wilson on vocals until they disbanded four years later. In 2007, after many rumours, the band reunited for a tour that would only be followed by this “Last Domino?” to end the path of the band.

collins son, Nickacted as drummer, joining Mike Rutherford (guitar) and Tony Banks (keyboard). Phil is unable to play due to his failing health.

When asked if he was capable of playing drums before the tour, Collins opened up: “No. I’d love to but, I mean, I can barely hold a drumstick in this hand. So there are certain physical obstacles that prevent me.”

His son was chosen to replace him because “more or less he understood” what the band needed from him: “He plays a bit like me when he wants to, and he doesn’t when he doesn’t. But I’m one of many influences on him, of course, being his father… he has more or less the same attitude as me. It’s a good way to start.”

This was the setlist of the band in their last show: