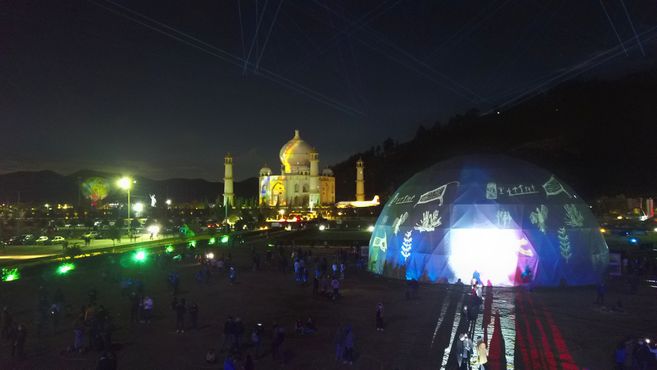 This Saturday, September 18 and Sunday, September 19, the traditional celebration of love and friendship will be held throughout the country. To commemorate this celebration, the Park Jaime Duque, located in the municipality of Tocancipá, will hold a tribute concert to the rock band Queen, by the musical group Classicstone Tribute Band, cataloged as the best tribute band to The Beatles in all of Latin America. This will share the stage with five other rock music groups, which will perform great hits from the 80’s.

>LEA: Failure in energy service, 1,300 knives seized in Transmilenio and other news from Bogotá

Classicstone Tribute Band is recognized by EMI Music as the best tribute band on the continent, as they are dedicated to performing performances by historical musical groups such as The Beatles, Queen y Pink Floyd. The Jaguara Square It will be the main stage for the celebration of the day of love and friendship where the groups Mambako, Phonoclórica, Bleepolar, Chatoband and Clara Luna will also perform. Similarly, the Park that will be open from 10:00 am to 10:00 pm, will perform its traditional light show.

Read also: In Bogotá there are 1,038 safe spaces for women victims of violence.

For its part, the celebration in Bogotá will delight the palate of all lovers, friends and citizens in general who want to attend the Gastronomic Festival “Sabores del Jardín”. The Institute for the Social Economy (IPES) and the Botanical Garden will transfer the characteristic flavors of the traditional cuisine present in the Public Market Squares of La Concordia, La Perseverancia, Trinidad Galán, 7 de Agosto and Las Ferias to the outdoor plaza of the Garden Botanical for the delight of all people who want to celebrate love and friendship with typical dishes such as the Santa Fe ajiaco, chocolates from the Colombian Pacific, artisan sandwiches, desserts, fruit salads and many more.

“Sabores del Jardín” seeks to highlight the preparations with flavors, aromas, knowledge, secrets of the grandmothers, ancestral knowledge and other experiences around the traditional cuisine of market places, with an approach that vindicates the importance of aromatic plants, spices , medicinal and fruits of domestic, community and institutional gardens.

The festival includes products in their natural state such as fruits, vegetables, spices and nuts; organic and other processed foods that will become part of the food offer of this first version. Libardo Asprilla, Director of the IPES, highlighted that this festival “allows the work of hundreds of people who make a living from preparing traditional dishes at a time of transition and rescue of our customs to face with joy the new normal that the pandemic will leave.”