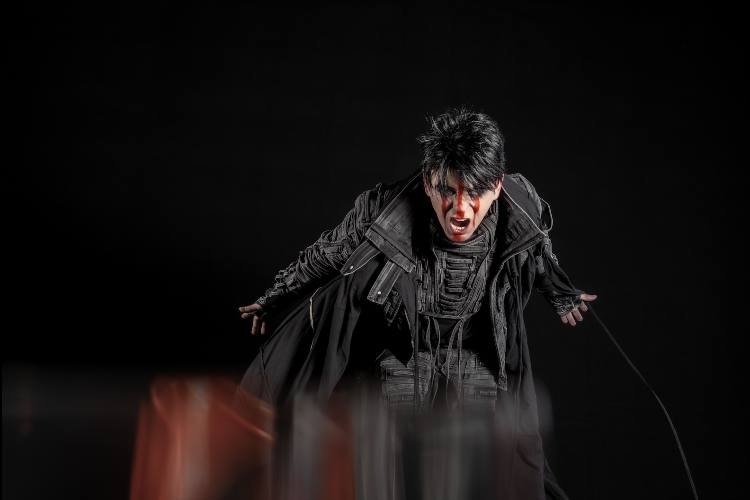 The icon and pioneer of electronic music Gary Numan prepares the launch of “Intruder”, his eighteenth album. The 11th of June of 2022 will present it in the room Razzmatazz from Barcelona.

Since he rose to fame in 1979 with the hits “Cars” and and “Are Friends Electric?”, The legend Gary Numan He has always remained creative, selling more than 10 million records worldwide. His impact on electronic music was acclaimed by David Bowie, Prince or Marilyn manson, and even today it continues to influence current music: Kanye west Y Lady Gaga they have recognized him as a great reference.

The English artist is back with the new album “Intruder “, his eighteenth solo studio album out today, May 21. This project is directly linked to his latest album “Savage: Songs From A Broken World” of 2017, because both are a philosophical examination on the future of the planet and the dangerous impact of global warming.

Numan Explain: “‘Intruder’ analyzes climate change from the point of view of the planet. If the Earth could speak and feel things like us, what would it say? How would it feel? The songs, for the most part, try to be that voice, or at least they try to express what I think the earth must feel at this moment ”. Sure, she thinks, she would feel “betrayed, hurt and devastated, wanting to fight back.”

Their lead single already offer a tantalizing taste of what to expect. As austere synths loom like shadows, industrial rhythms detonate, and captivating hooks Numan they rise like a guiding beacon in the dark. Despite the years, Numan he is still fierce and visionary.

All this can be seen live on June 11 in room 2 of Razzmatazz in Barcelona. Listens “Intruder” here: