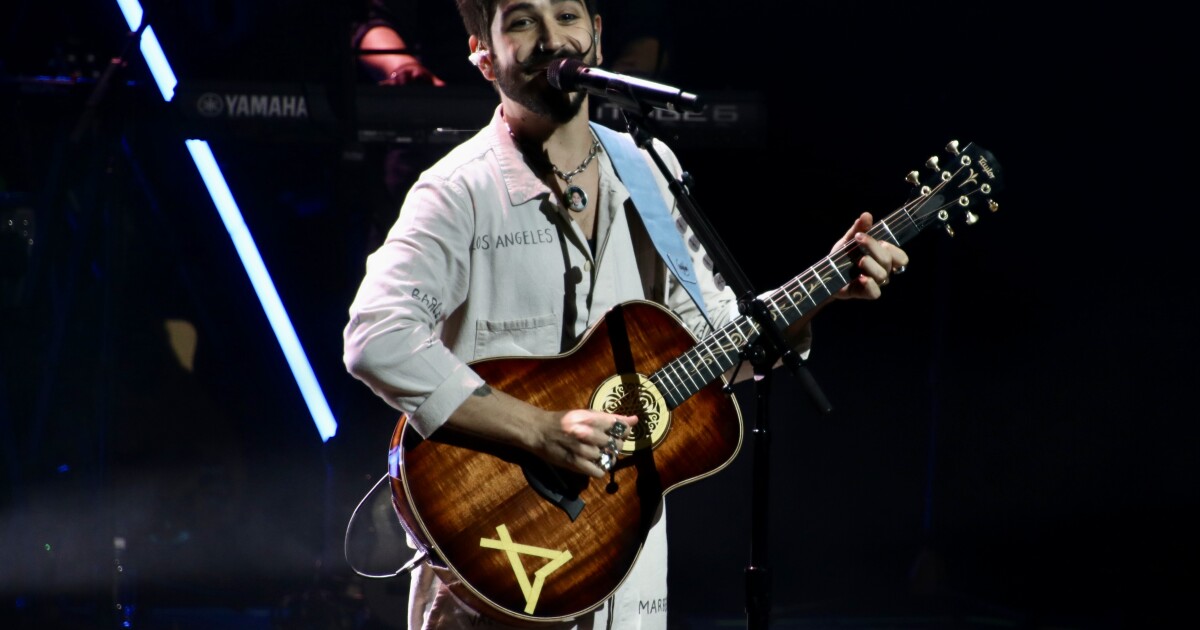 Tweet
Share
Share
Pin
When Camilo was little he always dreamed of singing and doing concerts in his city and even better when he thought bigger and dreamed that one day he would make presentations in front of the public in his country, but one day someone told him that all dreams can be achieved and that if he imagined it and wanted it, he could even take his music around the world.

What Camilo never imagined is that this would come on his first concert tour and even less that he would perform in the city of Los Angeles after having toured Europe, the rest of the United States and before flying to Puerto Rico and Colombia.

The winner of the 4 Latin Grammy of the edition 22, arrived two days after having achieved it in the city of Los Angeles as part of his first tour “My Hands” to the emblematic Dolby Theater auditorium in Los Angeles, the same venue where the Academy of Cinematographic Arts celebrates the Oscars every year, to bring their music and perform for the first time in this venue before a full house in its four capacity levels.

Together with his wife Evaluna and his Indigo son who is on the way, in the womb of the young “love of his life”, Camilo lived a dream come true and with his parents as witnesses in the front row and in front of an euphoric and full audience emotion to have seen in action the top winner of the recent Latin Recording Academy Awards, singing all the hits of his short, but fruitful and meteoric musical career.

Camilo sang his hits, in others such as “Tatto”, “Ropa Cara”, “Babe”, “Manos de tijera”, “No te vayas”, “Millones”, as well as “Vida de Rico”, the winning song from Latin Grammy for Best Pop Song, and musical cut from his production “Mis manos”, Best Pop Vocal Album from the Latin Recording Academy of this year.

Good for Camilo and the Tribe who lived a magical moment that they will carry forever as one of the most beautiful memories of their life.

Tonight the young Colombian appears in San José, CA at the close of his tour this year, to then perform in Puerto Rico and his return to Colombia.

Full of emotion, Camilo enjoys his first concert in Los Angeles with a full house