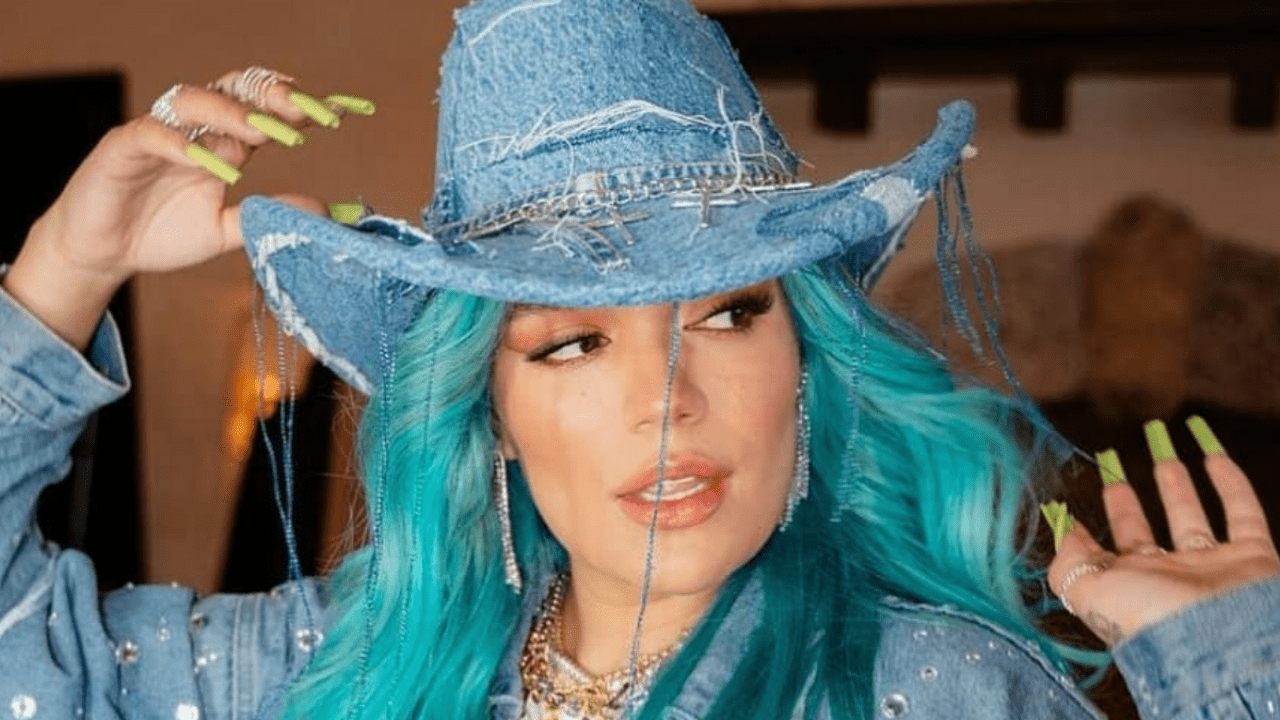 Karol G Without a doubt, she is one of the queens of the urban genre and one of the benchmarks in her field. But not only musically, but also as a woman since she has a clear inclination to female empowerment, and she shows it in most of the songs she performs. In addition, the artist makes her “Girl Power” clear in each of her interviews or artistic presentations.

So much so that even her colleagues take her as an example. In this last Halloween party, the Brazilian singer Anitta dressed up as Karol G wearing a blue wig, a scarf on her head, a blouse of the same material and color as her head accessory and a jean with various wears.

In the last hours, the Colombian shared two stories on her account Instagram in which he showed all the effort he makes to keep fit and be in good physical condition for each of his shows. The star of the urban genre has already started the “Bichota Tour”. During the weekend he made his third presentation from the stage of the Mesa Amphitheater in the city of Arizona.

In the network of the little camera, and with his song “El Makinón” in the background, Karol proved that it is still number one. One image you shared has a black and white filter. She is shown sitting on a gym machine in front of the mirror dressed in a jogging outfit, wearing a hood, headphones and glasses. “Daleeee” he wrote next to a fire and peach emoji.

In the following story, which is a video, Karol G She is shown facing the camera and wearing a girdle revealing her flat stomach and sweaty from exercise. In addition, it shows off a top and a black joggin that raised the temperature. Let’s remember that during the pandemic, the artist made jokes through TikTok about her “extra kilos” and without a doubt that she has been able to lose them.

From the gym, Karol G gives us a landscape to raise the temperature as only she knows