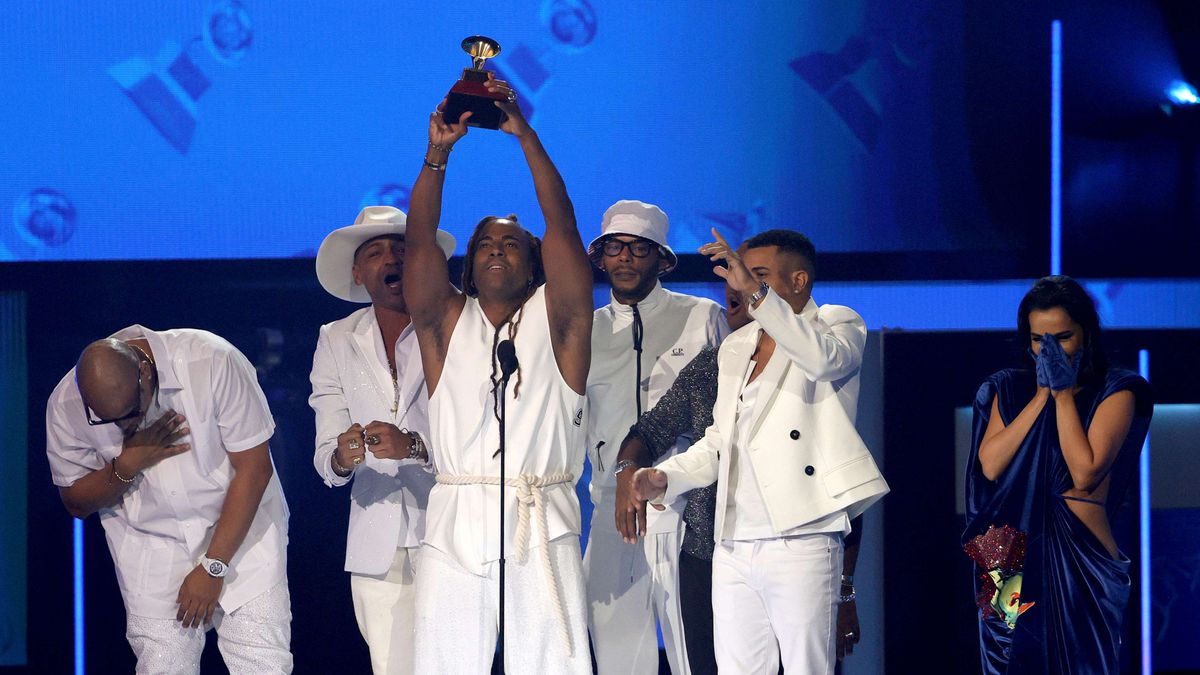 “Wherever the Latino community is, there is excitement.” With that sentence The Latin Grammys started, at the MGM casino in Las Vegas, a party in which the Latin Academy of Recording Arts and Sciences awards music in Spanish, Portuguese and indigenous languages ​​of the region. The tribute to the language of the soul, as Fito Páez recalled: music. A music that once again brought together the greats of the industry in the 22nd edition, after the face-to-face celebration was suspended last year due to the pandemic. These have been the five great moments of the day:

‘Patria y Vida’, the anthem of the Cuban protests

Homeland and life, de Yotuel, Gente De Zona, Descemer Bueno, Maykel Osorbo, Eliecer The Funky Márquez Duany, won the Grammy for the best urban song and song of the year. Cuban rapper Maykel Osorbo has been arrested since May 18 on charges of “resistance, contempt and disobedience”, so he could not be present at the ceremony. His health is serious after a six-day hunger strike. The winners dedicated the award to the island’s political prisoners, especially their incarcerated comrade, and to the Cuban people, who, they said, “was asleep and woke up” accompanied by the song. The artists, dressed in white, performed for the first time together in Las Vegas, amidst lights of hope. The song became a hymn in front of the “Fatherland or death”, motto of the Castro brothers’ regime.

Rubén Blades, person of the year

The 73-year-old Panamanian received the person of the year award from the Latin Grammys for his contribution to the sauce. An excited René Pérez Joglar, artistically known as Resident, voice of Calle 13, one of the great Latin bands of the last quarter of a century, presented him with the award. “You taught me that art is about everything. Thanks to you, with my attention deficit, I never felt alone. You are my mentor ”. On Thursday night, the awards honored the artist with a half-century experience. Success tastes like pain, sweat and hope. Many times it tastes like shit. Fame is a place to be visited. It is not an address. Whoever does not understand it will suffer and lose his life, “said Blades upon receiving the award from Joaquín Sabina. Rubén Blades and Roberto Delgado & Orquesta won in the album of the year category for Salswing!.

The premiere of C. Tangana

One of the most relevant voices in Spanish music currently performed for the first time on the Latin Grammy stage with the song Ungovernable. And he threw a party. The Madrilenian replied Tiny Desk that he recorded with NPR —which has more than 20 million views on YouTube— with more than a dozen artists, including Antonio Carmona, Diego del Morao, La Húngara, Jorge Drexler, Natalia Lafourcade and the Mexican-American Omar Apollo , who collaborated with the Spanish artist on the ballad You forgot it, nominated in the category of recording of the year. Won Best Alternative Song For I nominate, best pop / rock song for Hong Kong, and better recording engineering for an album. Caetano Veloso and Tom Veloso took the recording of the year for the ballad Perhaps.

Ricardo Montanter presented him in a speech in which, in addition to congratulating him, he thanked him for making him a grandfather for the fifth time. The Colombian singer and songwriter, with his characteristic mustache, arrived at the ceremony as the most nominated artist, nominating for ten awards. In two of the main categories, recording and song of the year, he was nominated twice, as he was included in collaborations with other artists. It was made, among other awards, with the one for best vocal pop album. He thanked his land. The album is “a celebration of the sounds of my country. One of the countries with the most diverse sounds in the world ”, he assured. It also won the award for best fusion or urban interpretation for Tattoo (remix), best tropical song for God wanted it that way, by Montaner and Juan Luis Guerra, but composed by Camilo, David Julca, Jonathan Julca, Yasmil Marrufo and Ricardo Montaner.

One of the unknowns of the night was whether the Colombian reggaeton artist J Balvin, nominated in two categories, would perform. And did not do it. The artist had called for a boycott of this edition for not giving a fair place to his musical genre. “The Grammys do not value us, but they need us,” he wrote when the nominees were announced, where he appeared for his success Your poison. “Those with power in the genre NONE SHOULD GO! That is to say, all of us, because we are a movement ”. Residente responded to him in a viralized video calling him hypocritical. The controversy is old. In 2020 the academy finally announced the category of best reggaeton performance. Karol G won it tonight for Bichota.

From ‘Patria y vida’ to C. Tangana: the best moments of the Latin Grammys