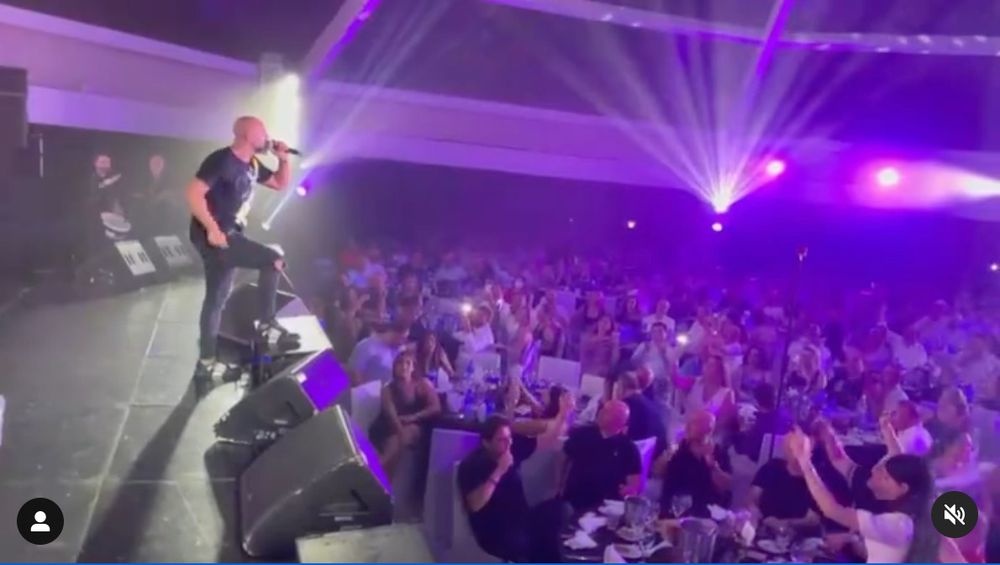 The Ministry of Health (Minsa) promised to punish “severely” the organizers of an Arab music festival that took place last week at the hotel Westin Playa Bonita, in which the biosafety measures established in the country were breached.

The reaction of the Minsa comes when the festival called Vaganza Night, that for four nights and five days (from May 20 to 24) was widely broadcast through social networks.

Vaganza Night It proclaims itself the “largest Arab music festival in America”, and featured 16 international artists on a large stage with an orchestra. Its website does not specify who the organizers are; the “contact” is simply a phone number with an area code for California.

In a statement issued on Monday night -the same day the festival ended-, the Minsa acknowledges having appreciated “the massive participation” of people in the event, which was held -according to the entity- without any endorsement or permission. Nor is it appreciated that the participants wore masks or kept social distancing.

“The organizers requested authorization from the Ministry for the use of the social area, with the capacity established by the health authority, but at no time was it authorized to carry out concerts, dances or other activities with the massive participation of people,” says the Minsa newsletter.

Mass concerts have been banned in the country since March 2020, when the first case of coronavirus in the country. After 14 months of pandemic, the Minsa authorized, as of May 3, the presentation of local musical groups, of up to six members. However, he warned that these performances may not be danceable. The measures are contained in the Executive Decree 590 of 2021, and there the presence of the public is also limited: only 25% of the capacity of the premises, provided that the use of the mask, physical distancing and crowds are avoided.

Executive Decree 590 specifically states that the prohibition on concerts in “large capacity” venues, such as stadiums, gyms and convention centers, is maintained.

The Minsa press release does not specify what will be the penalty imposed on those responsible for the festival at the Westin.

The Westin in Playa Bonita, by the way, is one of the three hotels authorized by Minsa to accommodate passengers from South America, UK, India or South Africa, who enter the country with a negative test for Covid-19, but still must be quarantined for three days. The other two are hotels Westin from East Coast and Bristol. The cost of the stay in one of these three hotels must be borne by the travelers.

The Minsa recalled that all biosafety measures must be respected and abided by, “since in recent weeks there has been an increase in cases in this region of the country.”

Omar Montilla, Vice Minister of Commerce, revealed how many sanctions could be imposed for violating sanitary provisions over the weekend at a hotel in the town. #TReporta pic.twitter.com/cgs8Lu2MCS