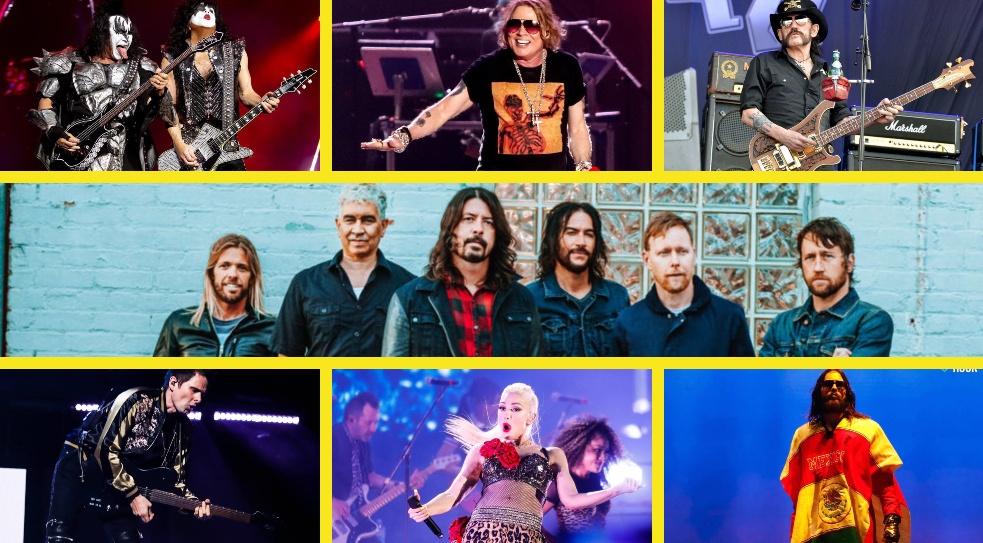 Monterrey’s music festivals have been spearheaded by great artists, will the Foo Fighters be the best we’ve ever had?

Before the announcement of North Pal 2021 in which it is confirmed that one of the headliners is Foo Fighters, the debate is opened on which have been the best headliners that we have had in the royal festivals.

The debate is not easy, since Monterrey has gradually become one of the Latin American capitals of music festivals thanks to the impact that the To the north, Machaca, Live Out, México Metal Fest, as well as others who passed away like him Monterrey City Fest, el Northside, Rockódromo, Monterrey Metal Fest, Rock & Picnic, among others, which left a deep mark on thousands of people.

Lemmy Kilmister and Motörhead at the Monterrey Metal Fest II

The May 28, 2005 the second edition of the Monterrey Metal Fest, event held at the Coca Cola Auditorium. This festival was headed by neither more nor less than Motörhead, a band idolized by millions of people around the world.

Thanks to this event we were able to have in Monterrey that legend called Lemmy Kilmister.

El Machaca has brought us great moments thanks to the groups that they have managed to include in their posters and within their headliners there are 2 artists that for many it was unthinkable to have them at that festival, I mean 30 Second to Mars and Gwen Stefani.

Jared Leto’s band gave a great concert at the Machaca 2018, an exclusive presentation, since they were brought from New York to give only that date in Mexico.

In 2019, the Machaca returned to show its power with the inclusion of Gwen Stefani on its poster, also the only presentation in our country. Fact that confirmed this festival as one of the most powerful in Mexico.

Pal Norte has already given what to talk about previously. And it is that the organizers of this saga of festivals have managed to have world-class “strong cards”, from Santana, Kings Of Leon, Queens of The Stone Age, among other artists.

But perhaps the ones that have caused the most excitement are Muse and Arctic Monkeys.

Matt Bellamy and company spearheaded the Pal Norte 2018 and although they had some technical failures (sound) they showed that they are one of the best rock groups in the world.

A year later the ascending festival once again surprised us with the presence of the Arctic Monkeys, one of the “musical crush” of the Mexican public.

The last visit of the “hottest band in the world” to Monterrey was thanks to the first Northside. Indeed, Kiss He was the headliner of that festival held in 2016 and they brought his imposing production to Fundidora Park, which he wore despite the rain.

What many considered impossible, was cooked in 2016: the return of Duff and Slash to Guns N’ Roses. Two years later, in October 2018, the band led by Axl Rose came to Monterrey to lead the second (and so far last) edition of the Mother Of All.

The public was able to enjoy a first-rate production and although the voice of Axl It is not the same, the thousands of fans could see one of the living legends of rock.

The Foo Fighters They are a very beloved band in our country and Monterrey is no exception. Dave Grohl He holds the category of idol, as he is charismatic, simple and far from the pose of a divo, passionate and above all a very good musician.

Today they are still active and doing interesting things, which places them as one of the best bands in the world.

To this must be added that their concerts are usually loaded with a lot of passion and interaction with the public, so their participation in Pal Norte 2021 promises to be an anthology show.

Next year looks pretty good, since the Machaca promises to return with everything having as spearhead a Slipknot, one of the benchmarks of metal and hard core, who not only offer a good musical performance in their concerts, but also a show that goes beyond the merely musical.

That is why we also include Corey Taylor and company in this list, although there is still a year to go before this event is held.